The homeowner in the Queen Anne neighborhood of Seattle wanted a private place in his home for short-term rentals that could also be utilized by his adult daughter visiting from out-of-state. In the long-term future, the homeowner was also considering using the basement as his refuge while renting the 4 bedroom house above. Knowing that a variety of users would be using this space, the focus was on both flexibility and adaptability. The basement of this home had been used as an unfinished utility space throughout its years, but was an ideal location for the Accessory Dwelling Unit (ADU) since it readily offered access from the upper floors and immediate access to the exterior.

Originally built in 1903, the old home had both charm and challenges. As was typical of the day, the basement had low ceilings and limited natural daylight. To keep the space feeling open and airy, the team selected bright and crisp materials to bounce light around and transform the utilitarian basement space into a welcoming haven. Wood-look floors and small brass accents helped to maintain warmth in the space. At 650 square feet, the team also opted to keep the space as an open studio to maintain flexibility in both the short and long term. A small sleeping nook that could be curtained off was formed and a small patch of the original brick walls was left exposed as an homage to the original construction.

Beauty and function were also considered in all of the details. Marble-look quartz countertops were turned up the kitchen wall as a full height backsplash behind open shelving. Compared to a typical tile backsplash, this has several advantages. Functionally, it helped reduce maintenance; the need to regularly clean grout was eliminated and by choosing quartz over marble, the homeowner could rest easy knowing the countertops would be far more resistant to staining from an unknowing guest. Adding to the beauty, the organic light grey veining also helps move the eye around the space. Similarly, a porcelain marble-look tile was chosen as a lower maintenance alternative to real marble and was laid in a herringbone pattern to both add elegance and visually stretch the space. 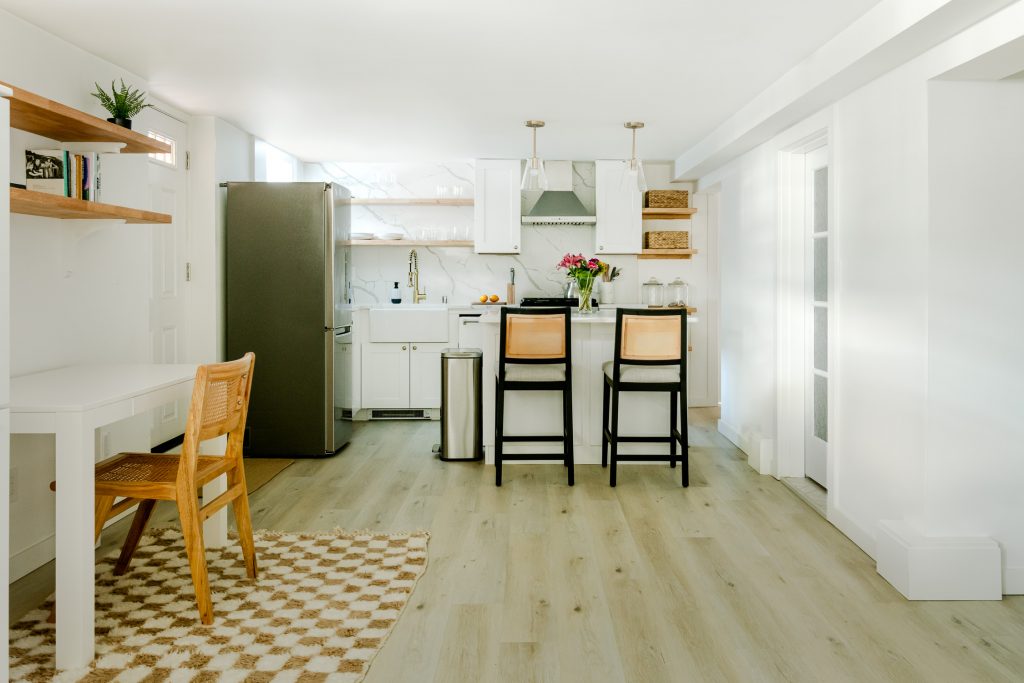 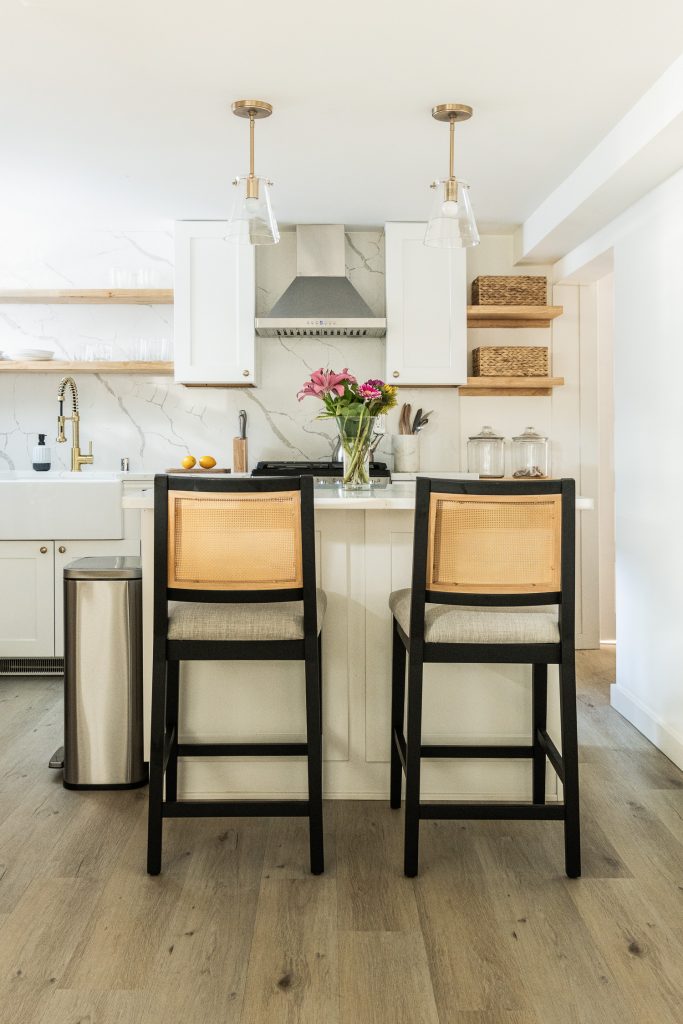 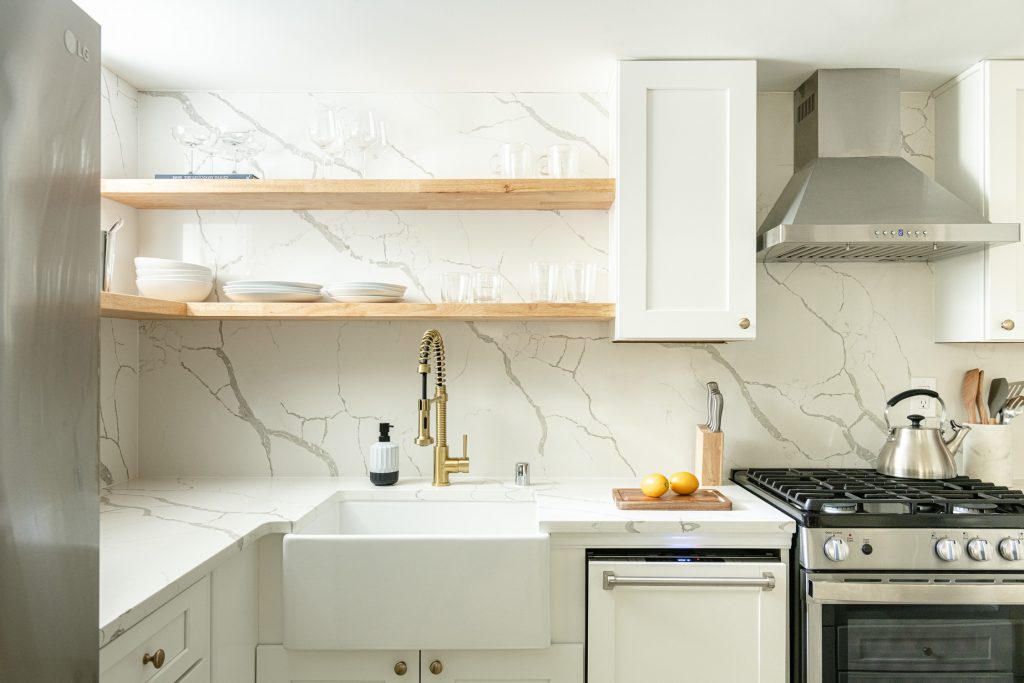 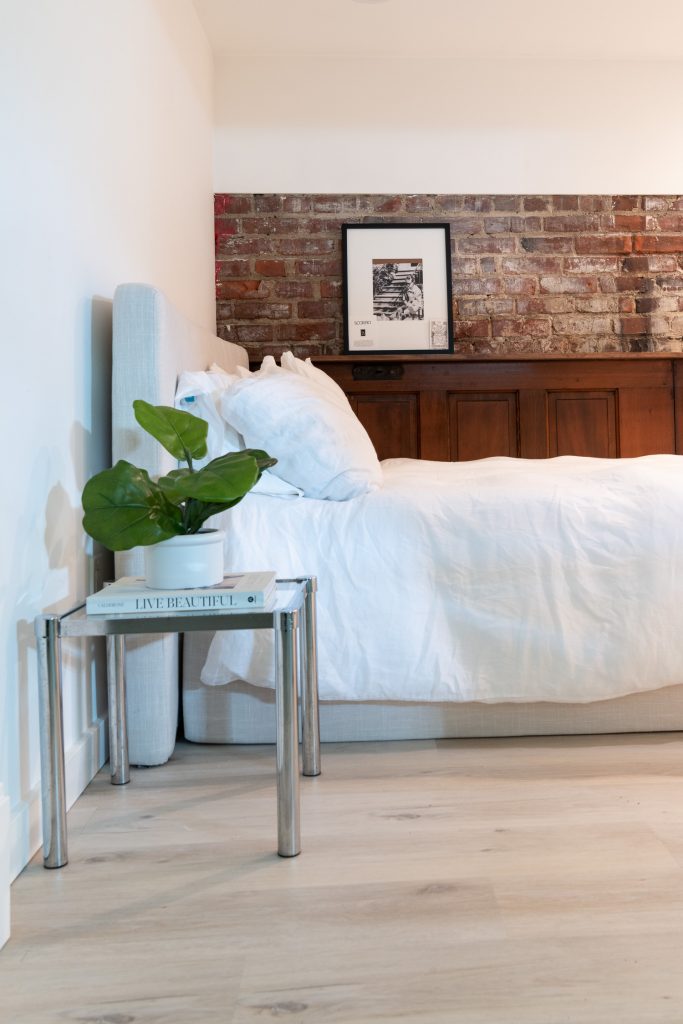 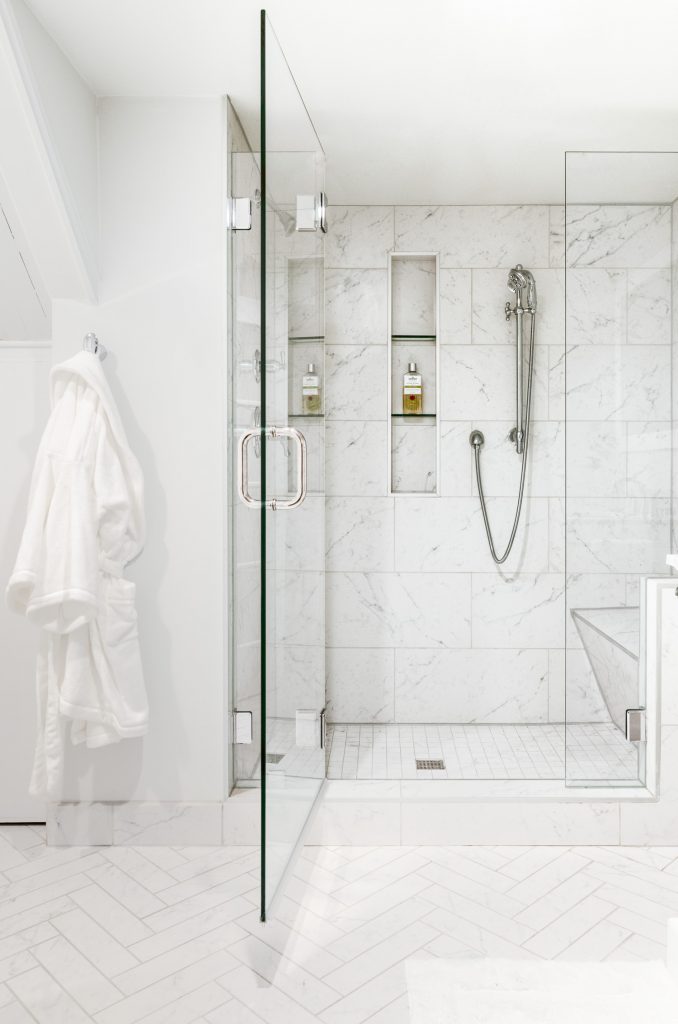 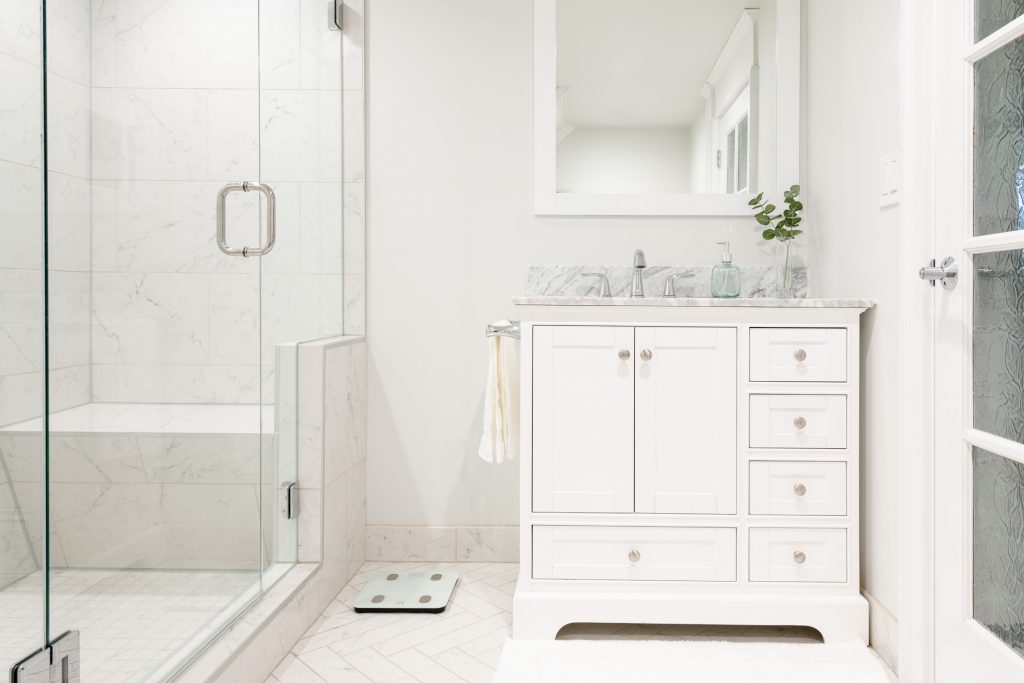 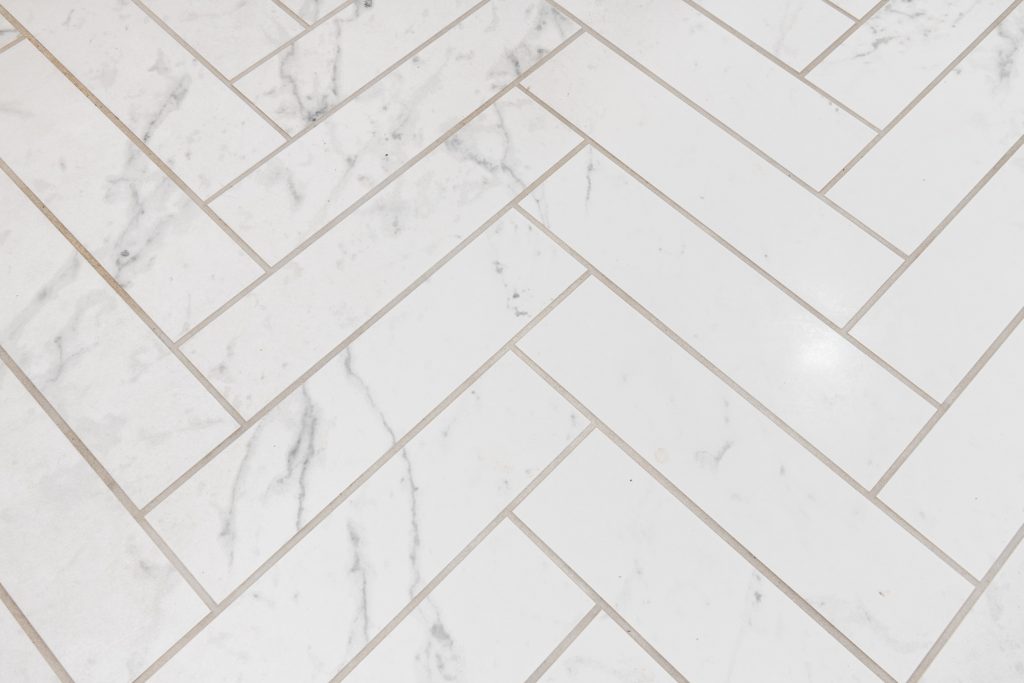