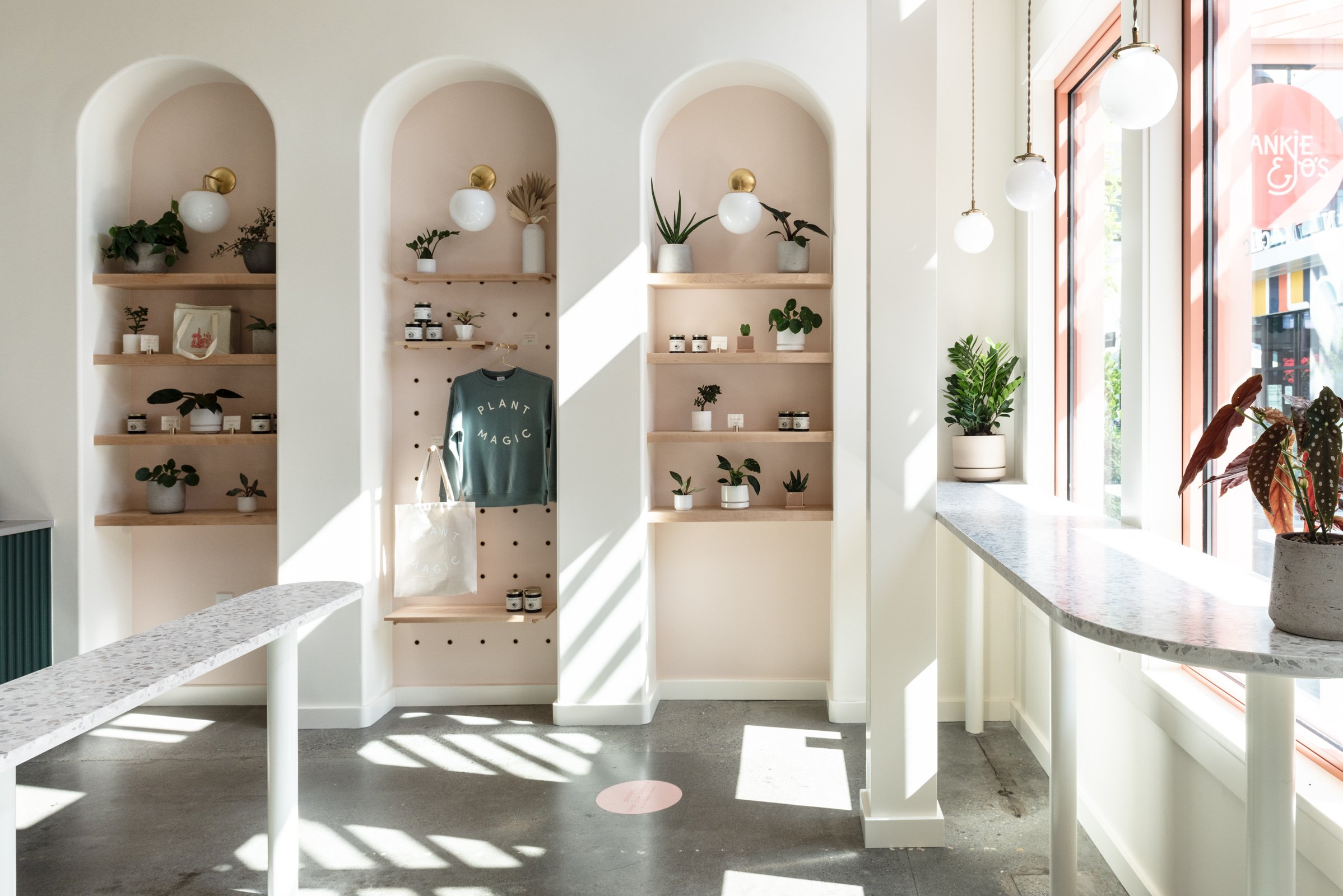 The third location of the local plant-based ice cream shop opened with a few new touches to the design to create an elevated look for University Village. The storefront included a sculptural awning that would take advantage of the changing sunlight in the location to create interesting shadow patterns on the building and sidewalk, creating interest for passersby. Terrazzo acts as an accent at the base of the storefront and a hint of what’s to come inside. The Frankie and Jo’s logo has also taken on a new look on the front of the building as one horizontal line that lights up with a soft white neon as the light fades.

Inside, the familiar concrete blocks that make up the counters in the first two locations in Capitol Hill and Ballard, have been moved to the back wall as an accent pattern and the counter itself is a new pattern for a more refined look. Also new is the addition of the familiar deep green tone seen in their merchandise and now a part of the scoop shop. The terrazzo outside hints at the new material making up the walk-up counters by the windows and in the center of the shop.

The feature of the design is the custom-designed triple archway with cleanly integrated wood shelving backed by a soft pink background to highlight the shop’s merchandise. The feature is echoed in the arched doorway separating the front and back of house, the rounded edges on all the counters and rolling texture of the counter front. The signature Frankie and Jo’s bold wallpaper features palm leaves and tropical flowers that amplifies the Palm Springs vibe throughout. 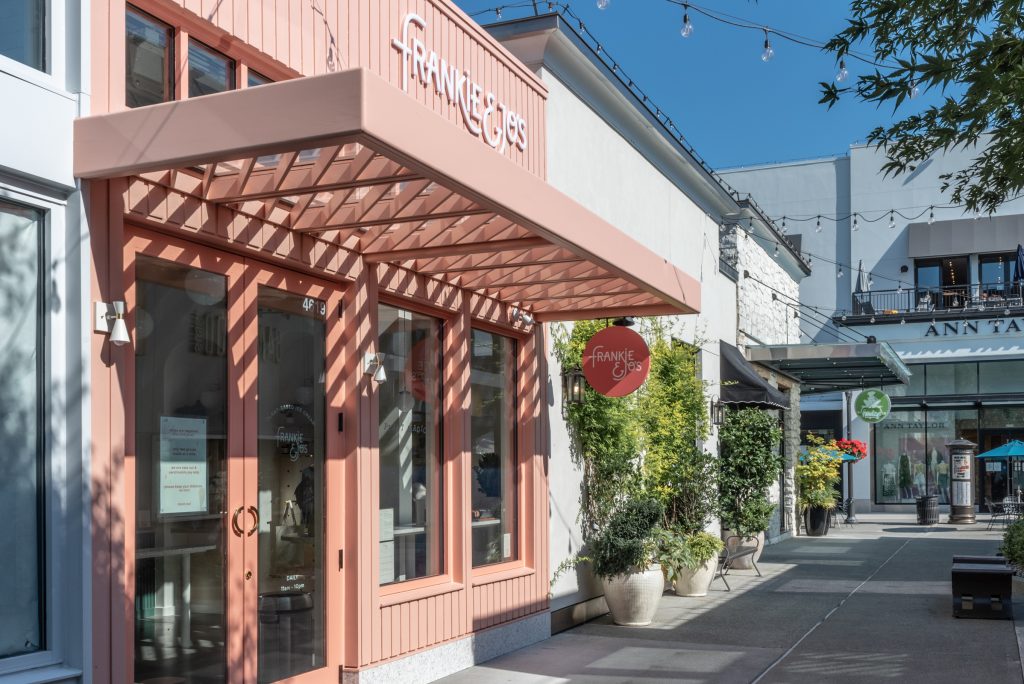 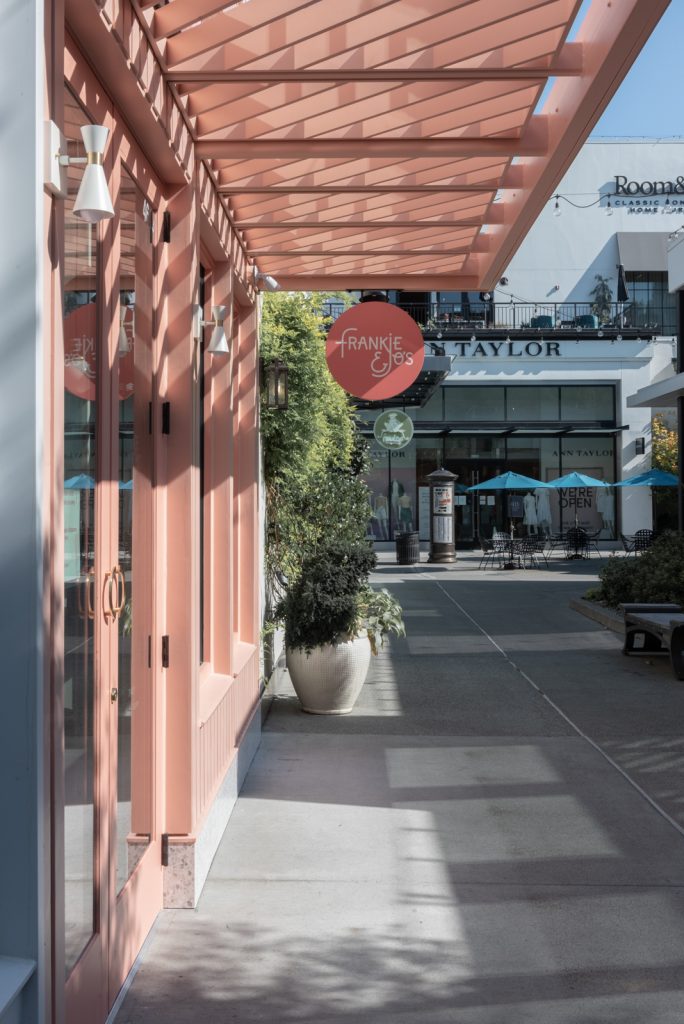 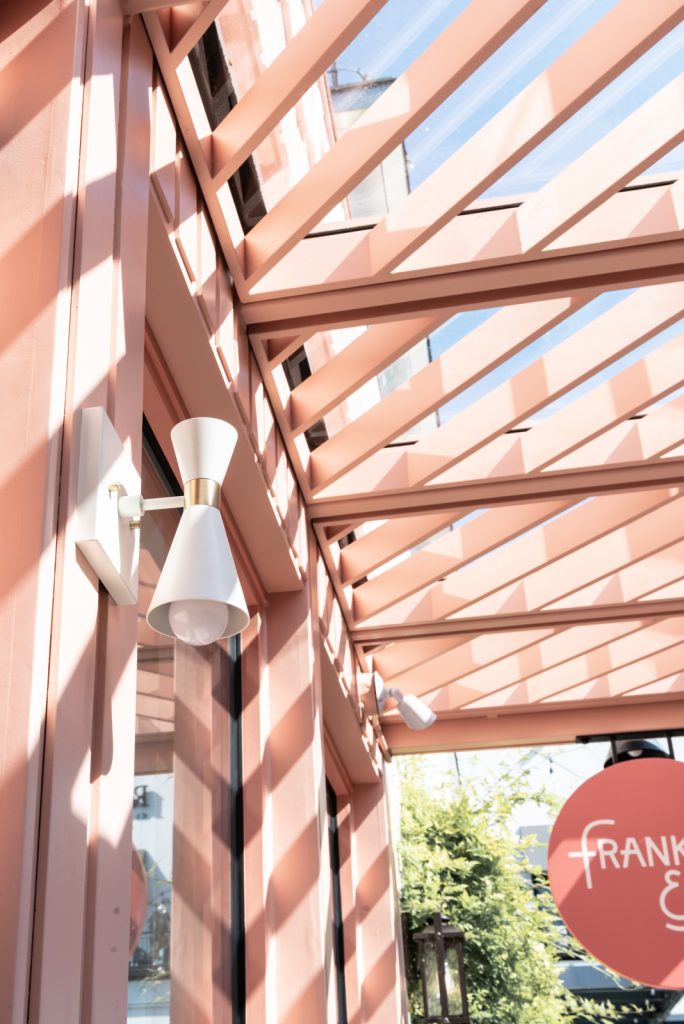 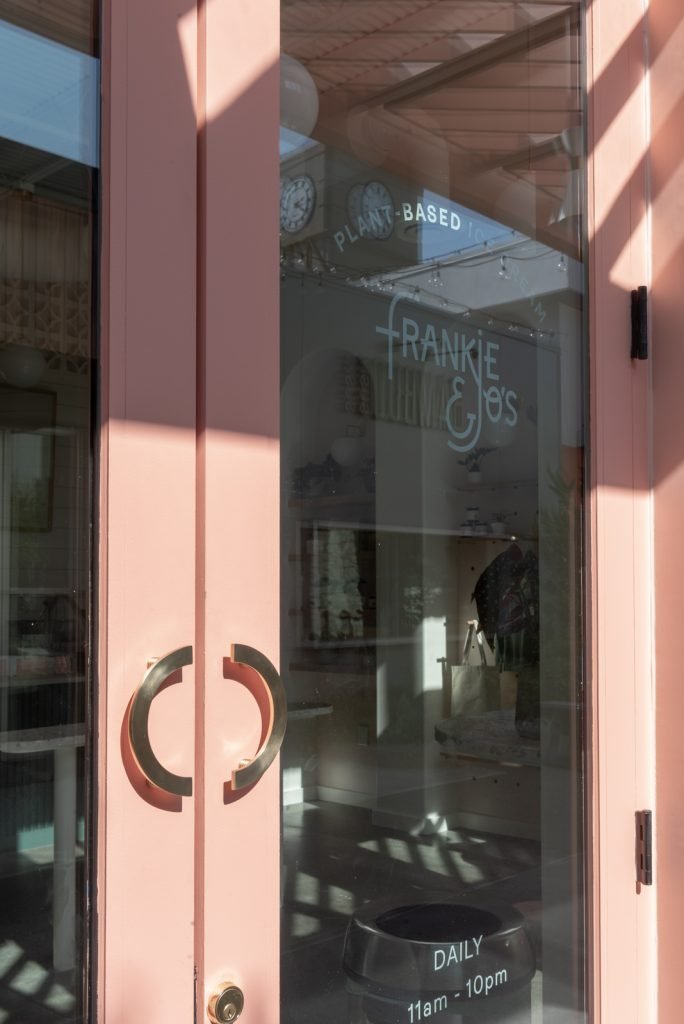 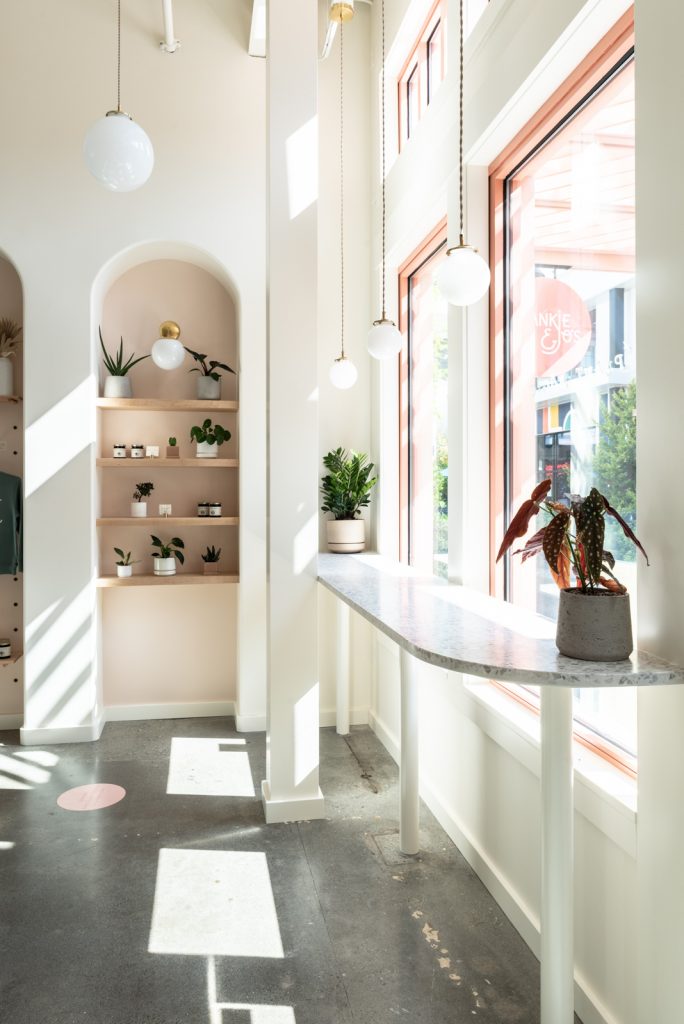 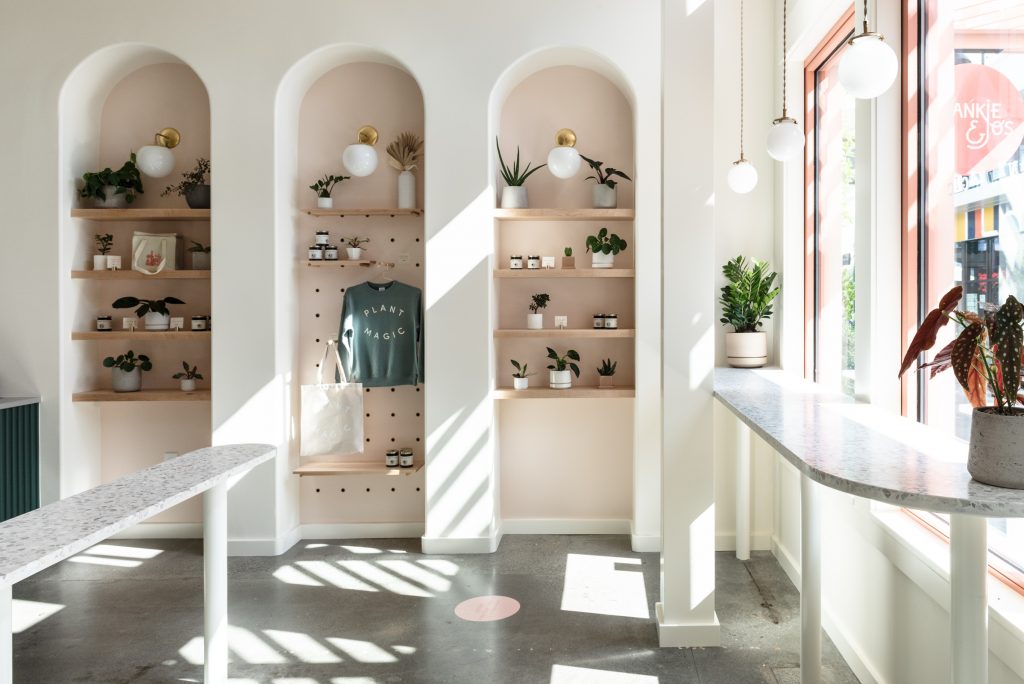 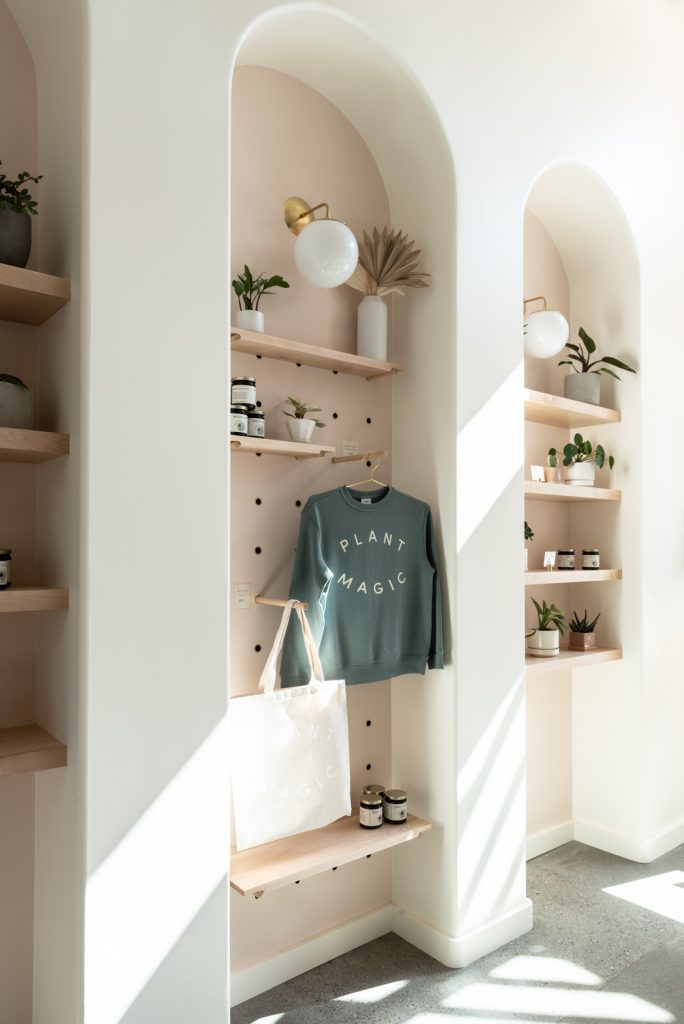 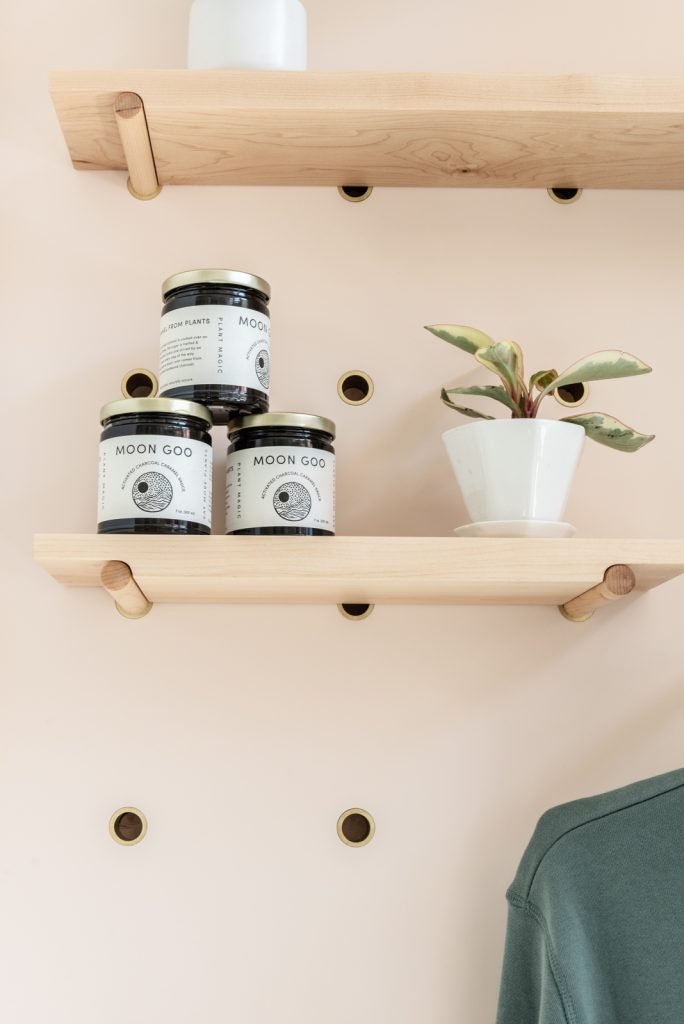 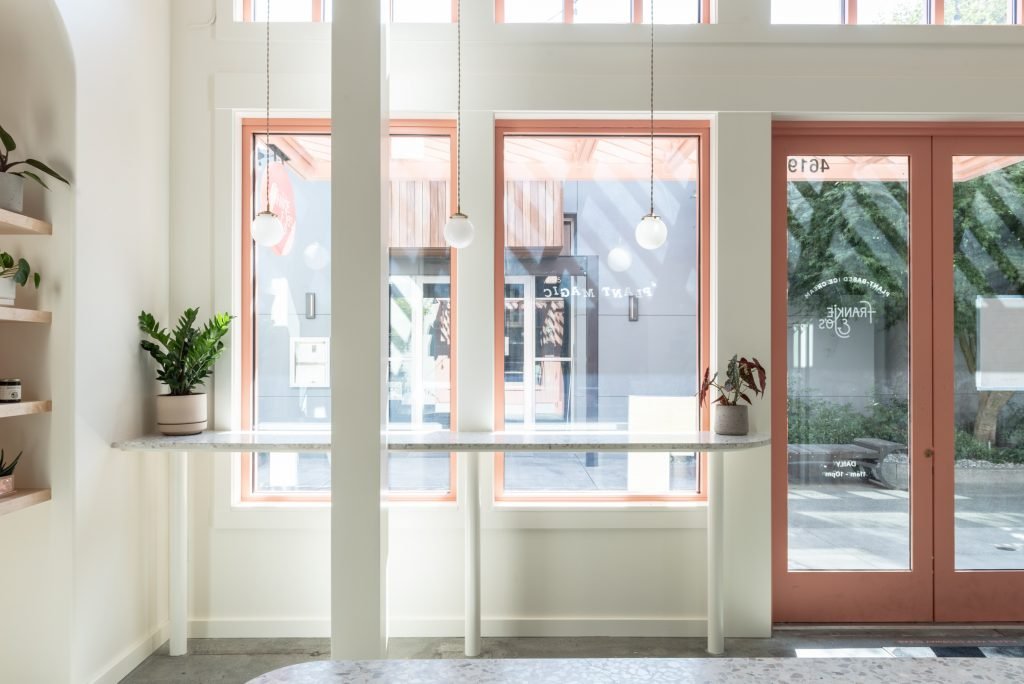 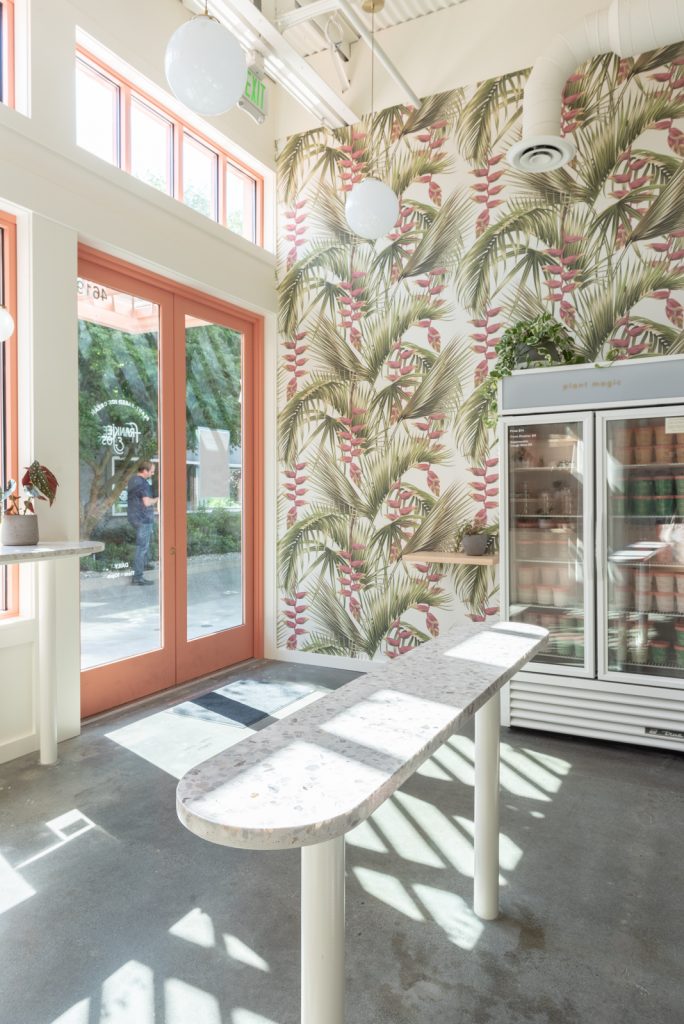 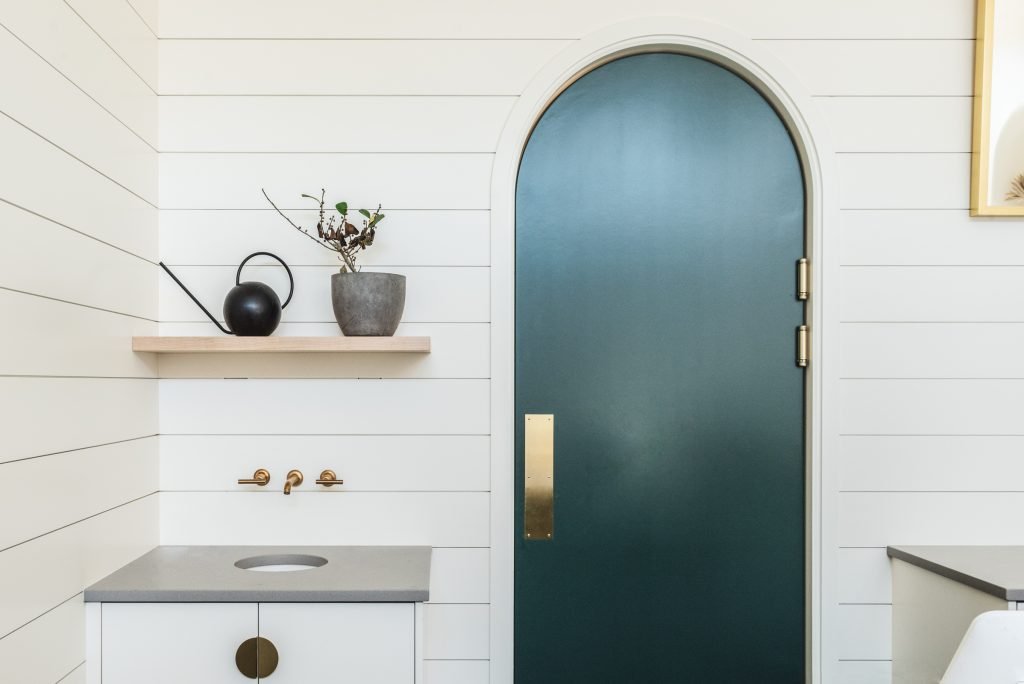 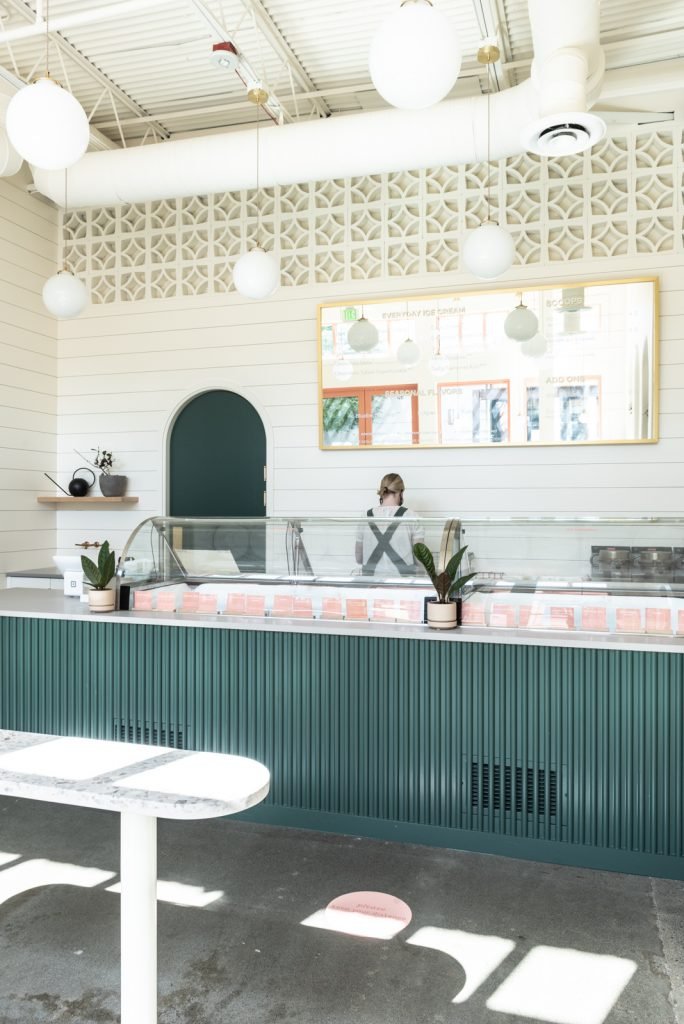 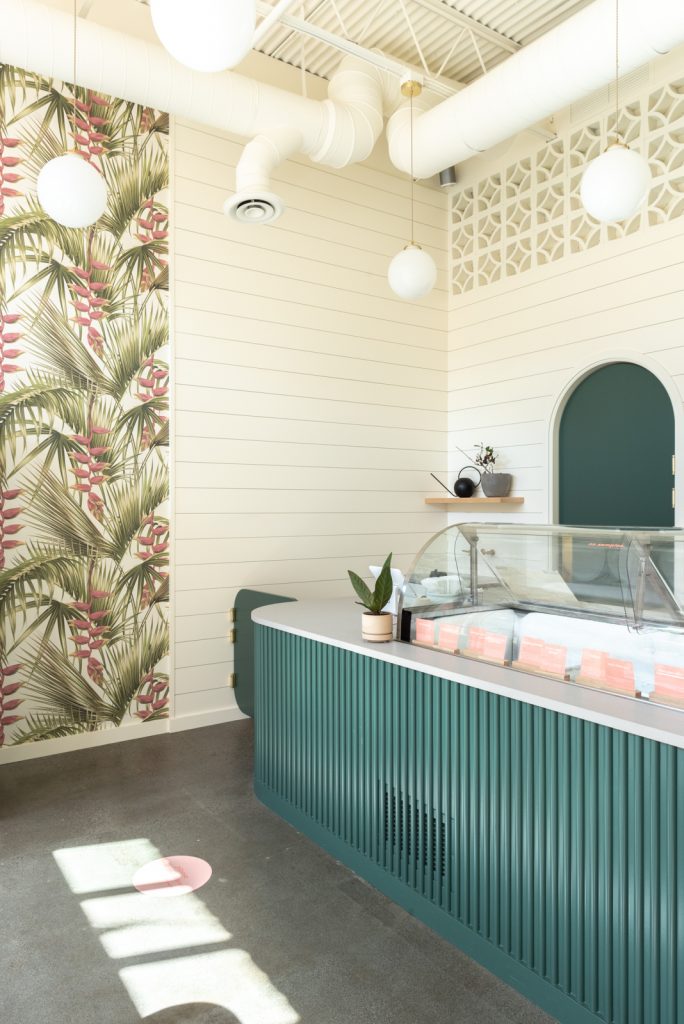 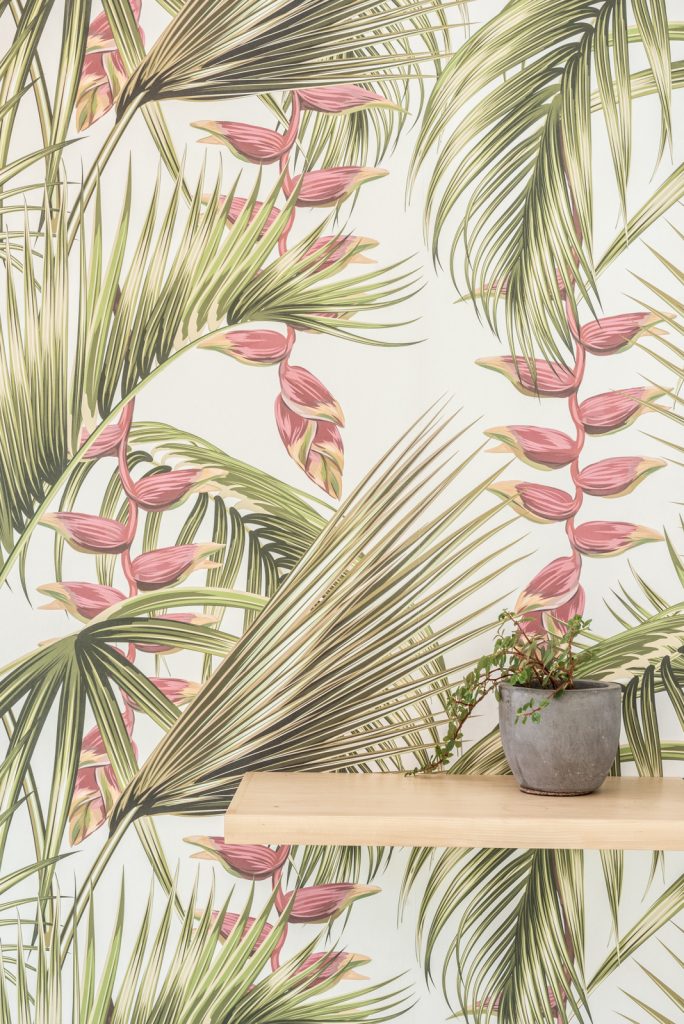 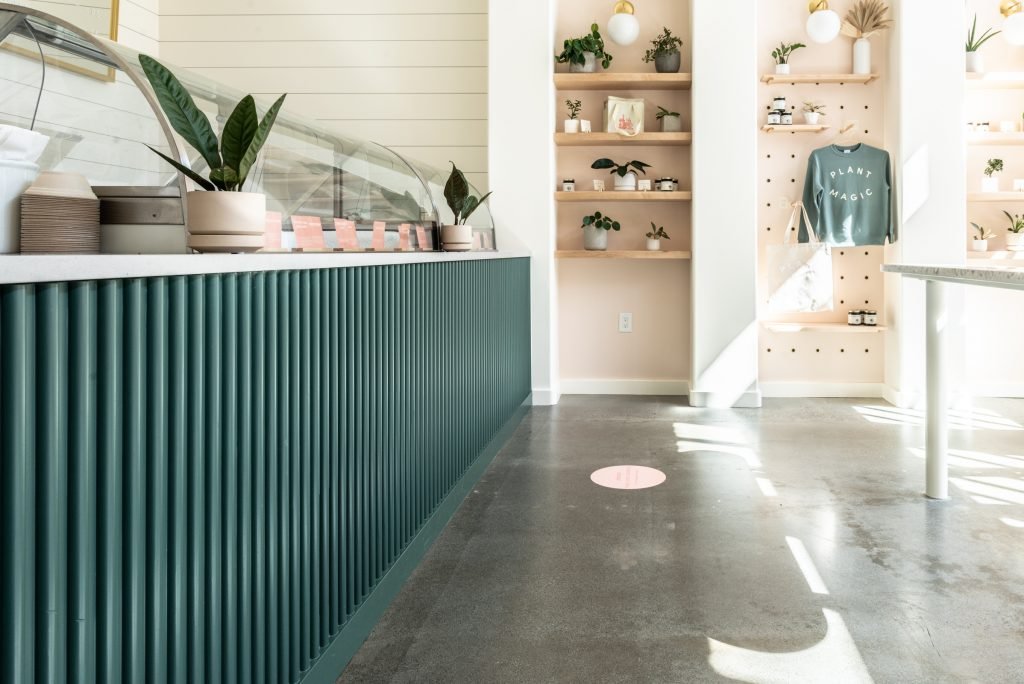 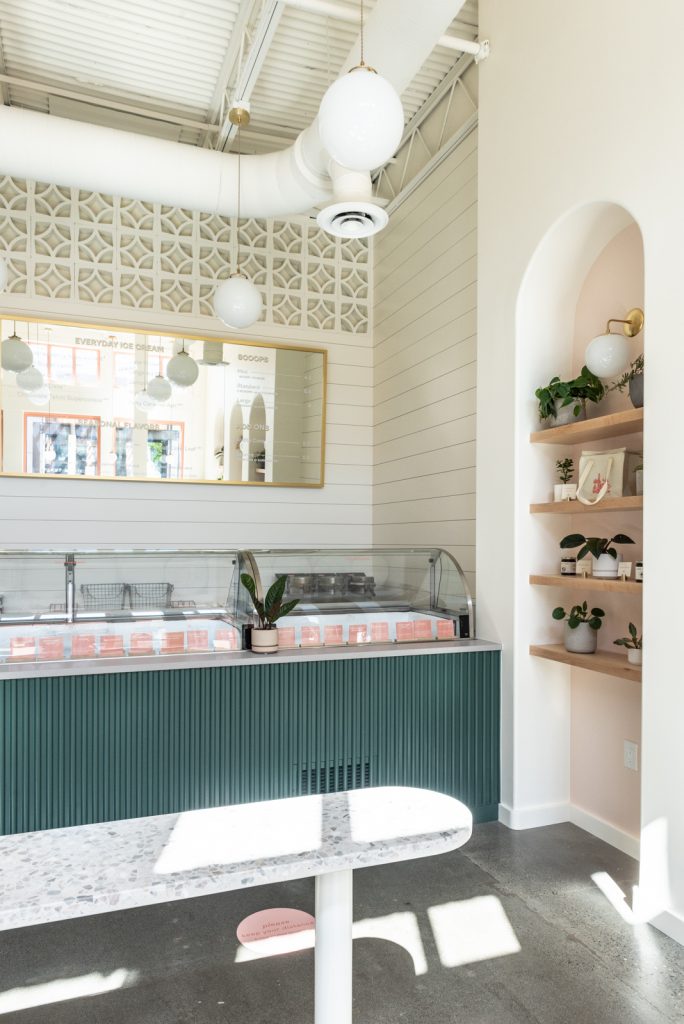 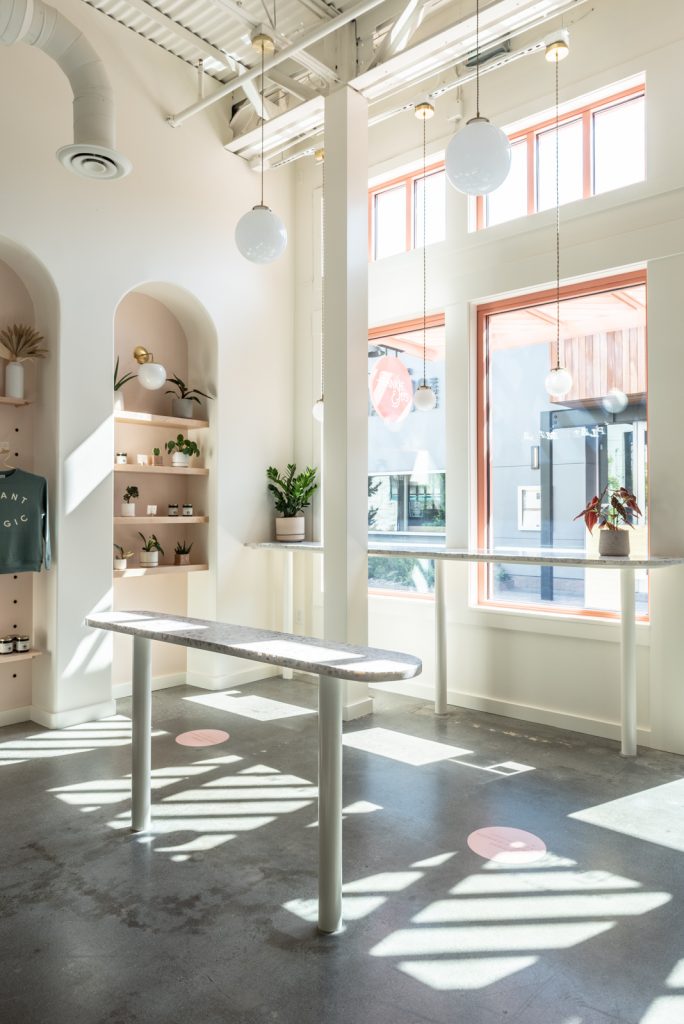 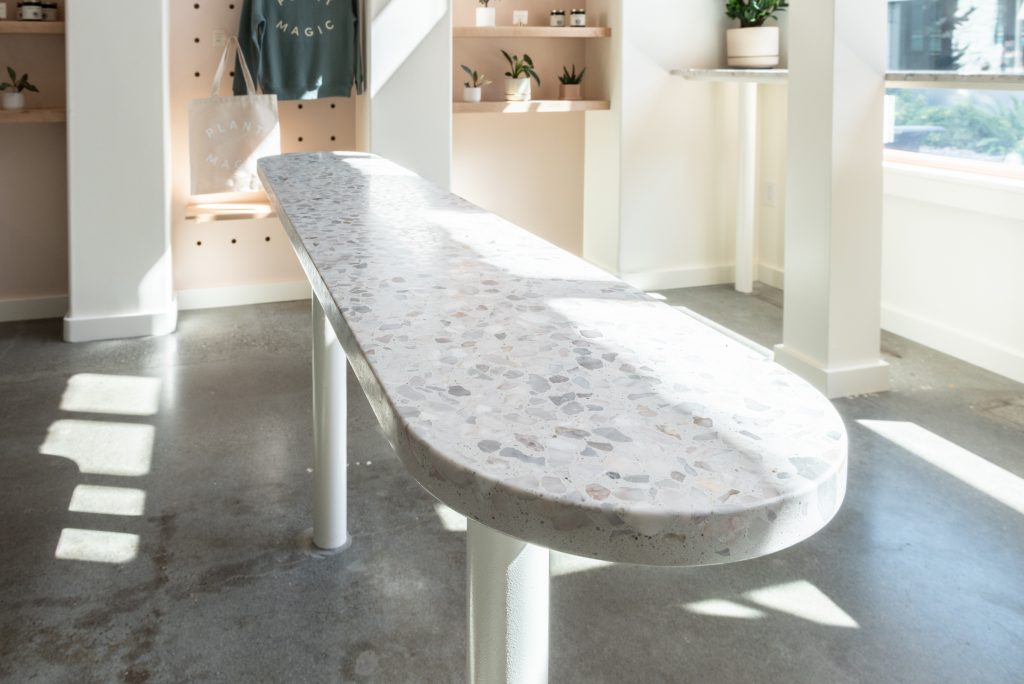 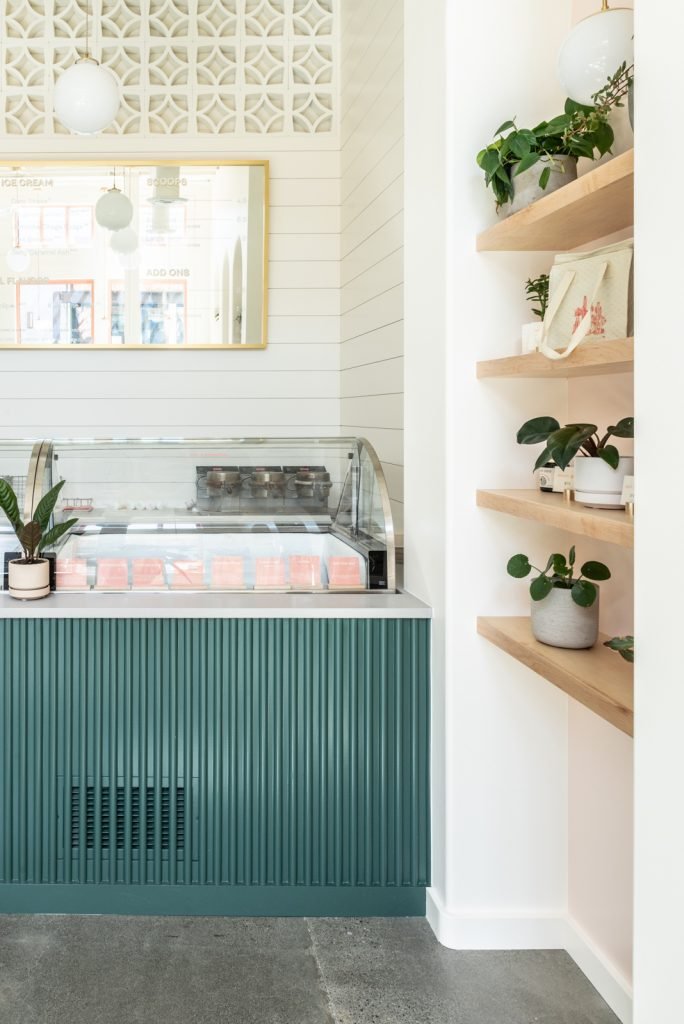 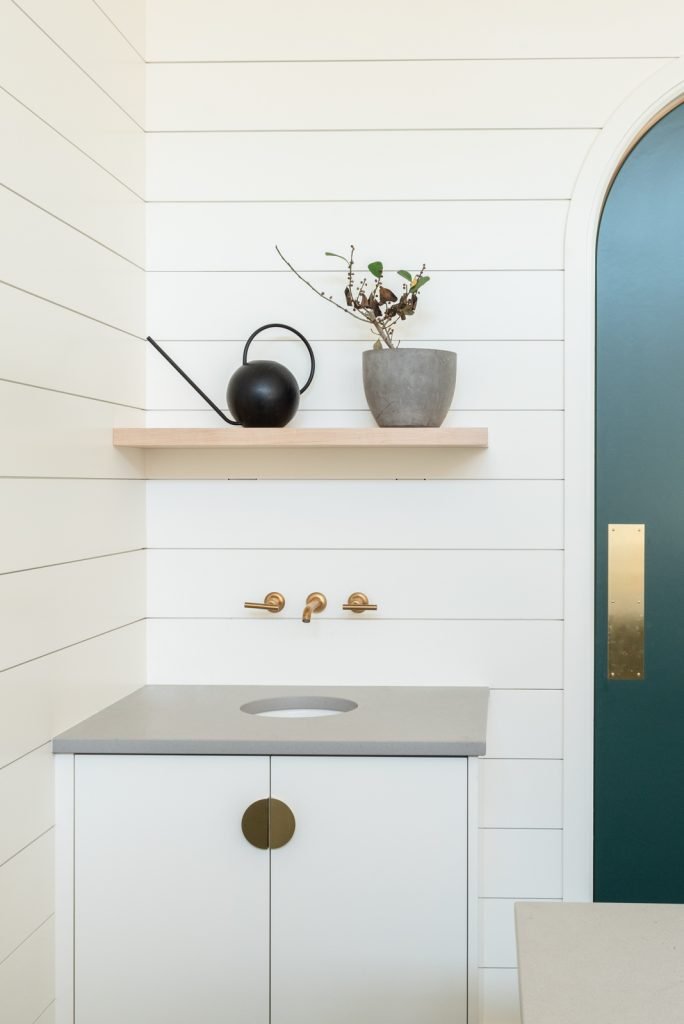 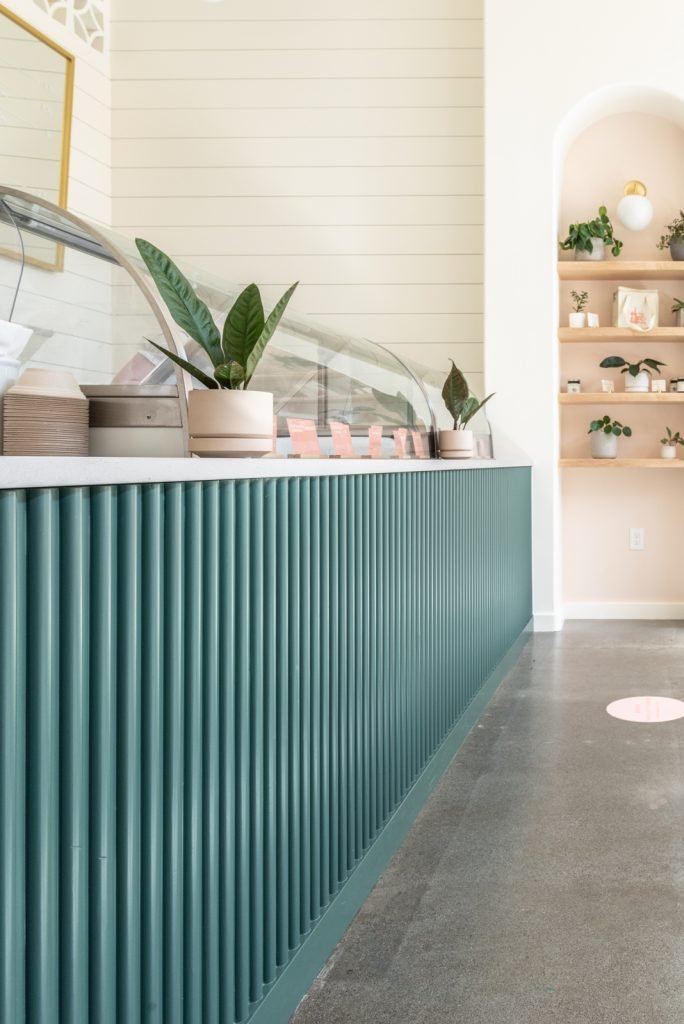 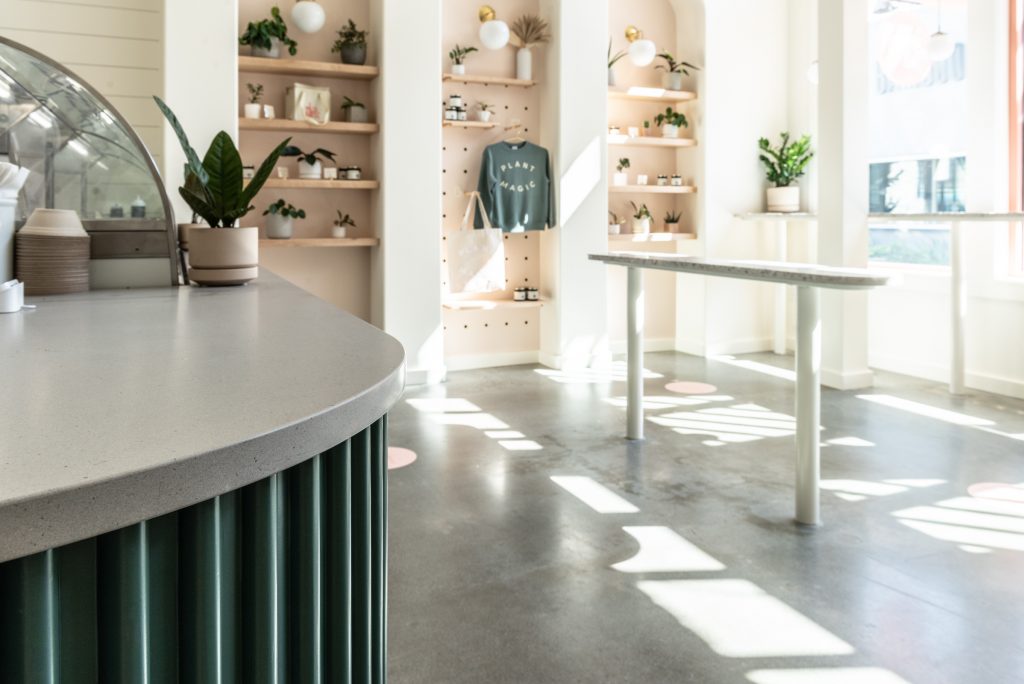 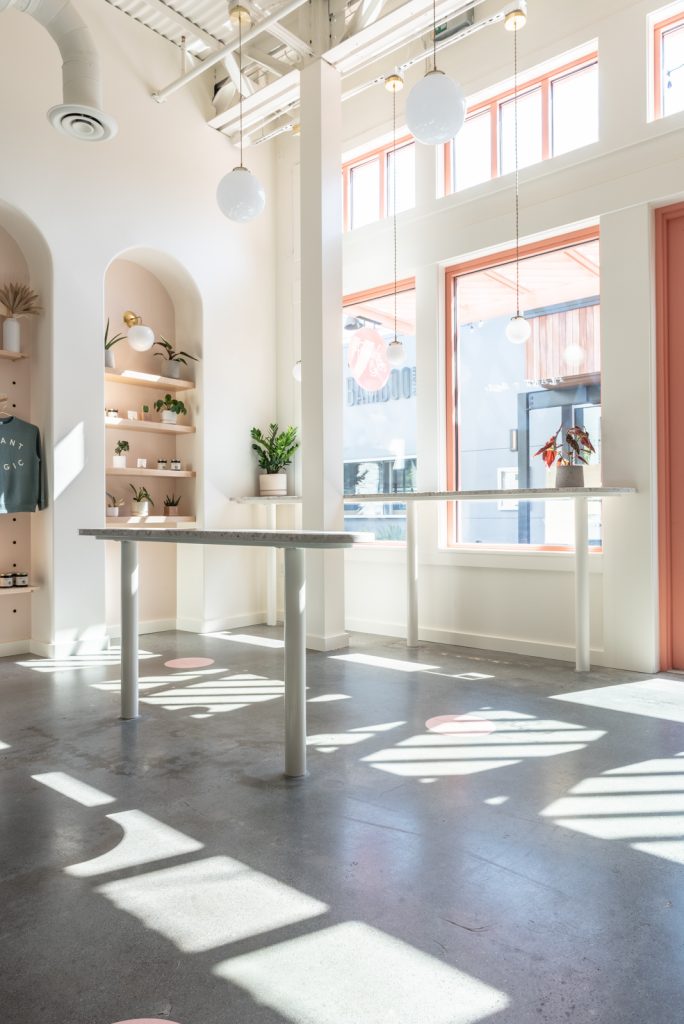 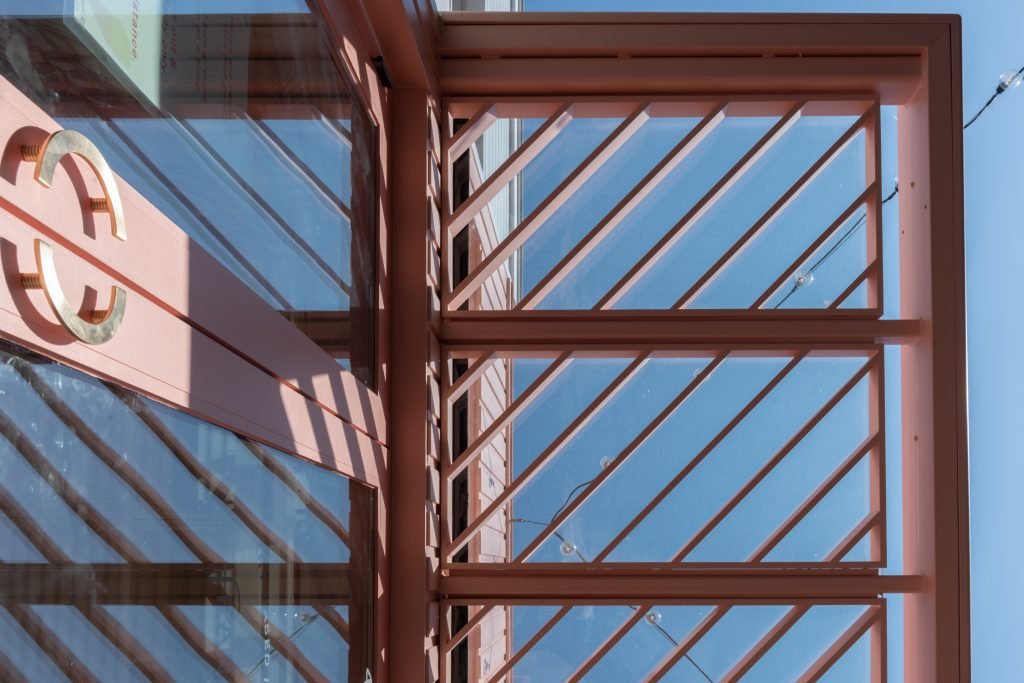 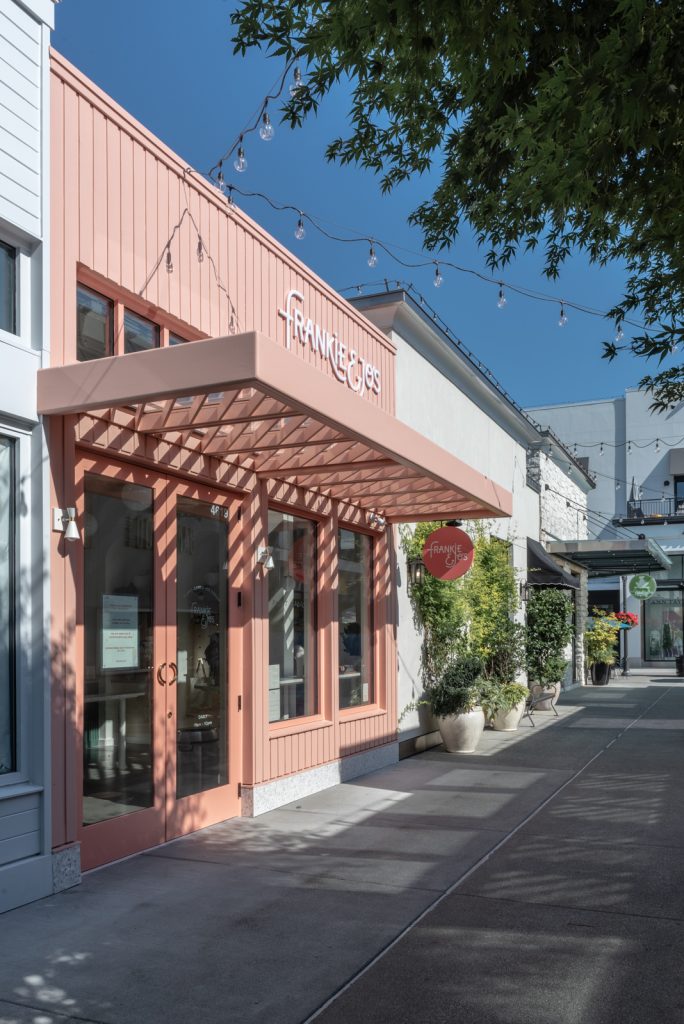 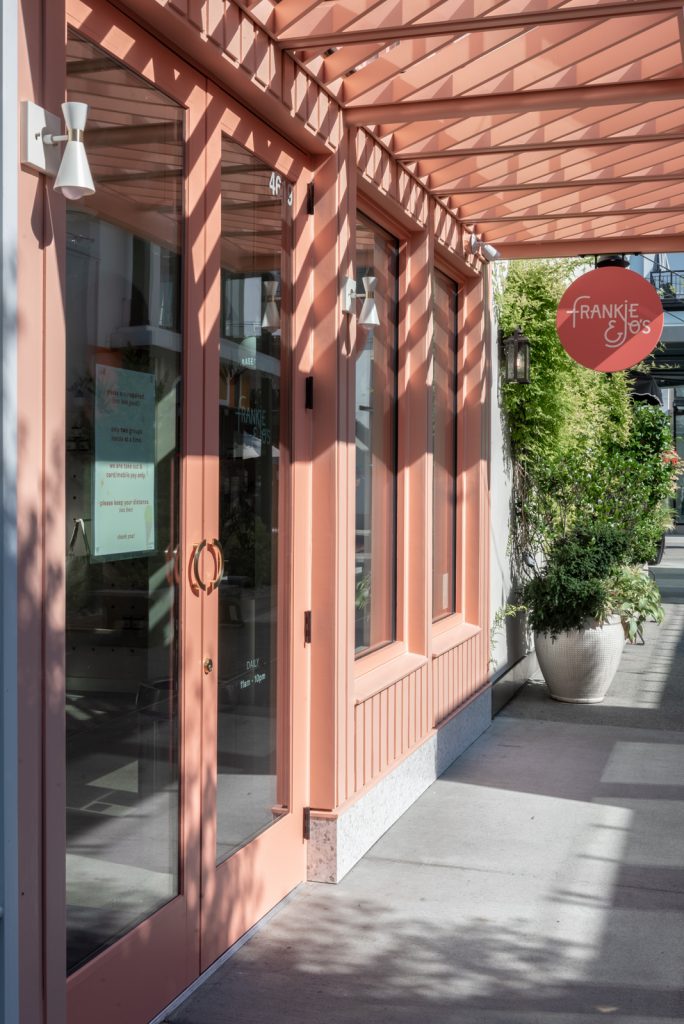 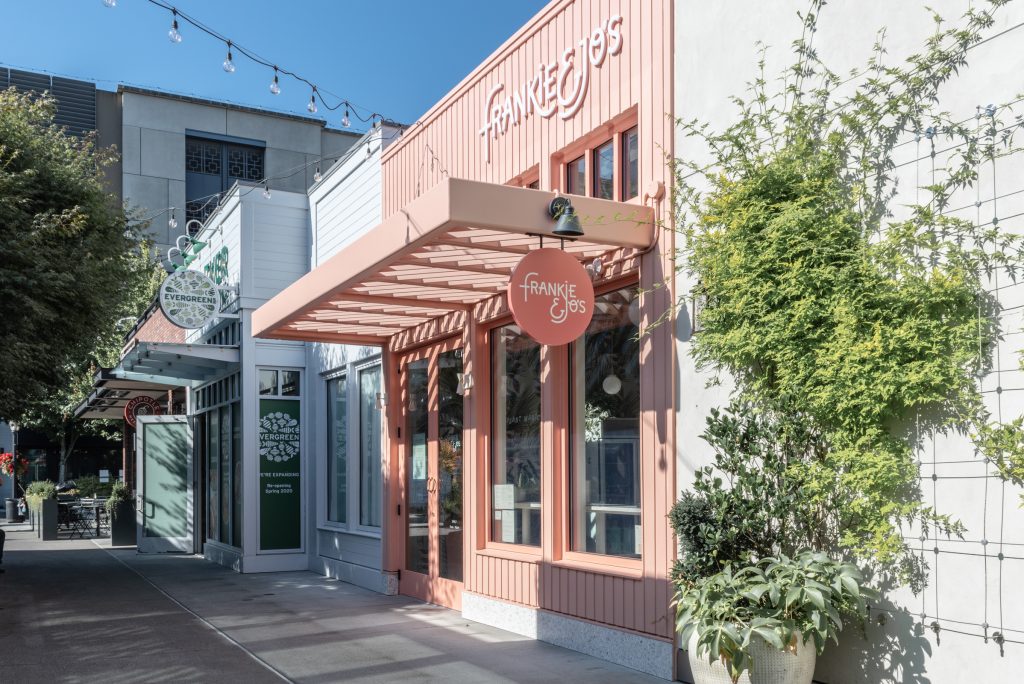