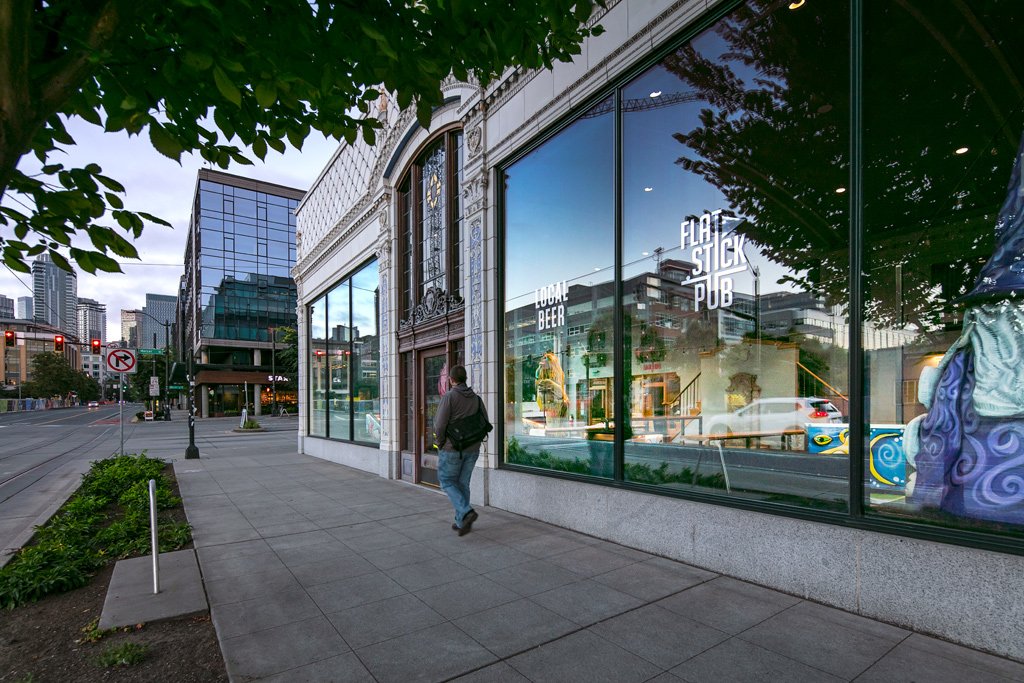 Flatstick Pub’s third and largest location encompasses 11,000 square feet within the historic façade of the former William O. McKay Ford and Pacific Lincoln Mercury auto showrooms in the South Lake Union neighborhood. Our design for the remodeled space at 609 Westlake Avenue North houses a restaurant and bar, private party spaces including a room with its own private bar, a mini-golf arena and areas with the Pub’s own proprietary games.

Materials within the space include warm and refined white oak horizontal planes with custom steel elements inside the concrete building shell along with a modern selection of light fixtures create an elevated palette to the more rustic Flatstick brand to date. This refinement makes the popular hangout feel integrated with the style of the neighborhood as part of the sleek Allen Institute and surrounding newer tech-based buildings while showcasing and preserving the historic renovation. Custom steel room dividers help to split up the massive space and create a myriad of comfortably sized rooms where people can gather while at the same time maintaining an open feel to the layout. With a variety of seating options to choose from, guests can enjoy small and large booth, bar seating, various sizes of tables and standing areas for versatility of game playing while drinking and eating.

In the bar, a rotating menu of over 30 locally-brewed beer and ciders are available on custom Washington-shaped steel taps and the restaurant serves pizza and typical pub fare from local chef Ethan Stowell. A large “Bar” sign lit with neon hangs from a custom-designed steel structure denoting the counter that calls out to visitors as soon as they walk in the front door. The construction within the historic space, now a part of the Allen Institute for Brain Science, posed its own set of challenges. In addition to reconstruction within the space itself and restrictions to the shell of the building, the construction schedule and machinery were limited due to any potential vibrations that could disrupt sensitive science experiments happening on the floors above.

As a strong supporter of local makers, Flatstick carries this philosophy beyond the use of local food and brews and incorporates local artistry through the works that adorn the walls, golf room and even the floor. Ryan Ward, known locally as “Henry,” has added his touch to the new space in a larger-than-life way. His characters seen throughout the walls of the first two locations are featured in the new golfing area but this time as three-dimensional sculptures within the course itself. These characters not only bring a whimsical new theme to the indoor golfing experience but can be seen from a distance outside since the room is surrounded on two sides by massive windows.

In the restaurant space, Ellen Picken’s geometric mural adds color and interest to the dining area while Kyler Martz infused some fun into the Whale Room, a private party space at the front with a wall of windows opposite his seaworthy mural. The Back 9, the party space behind the golf roof, features its own private bar along with a wraparound booth and wilderness-inspired mural by painter Zach Rockstad. 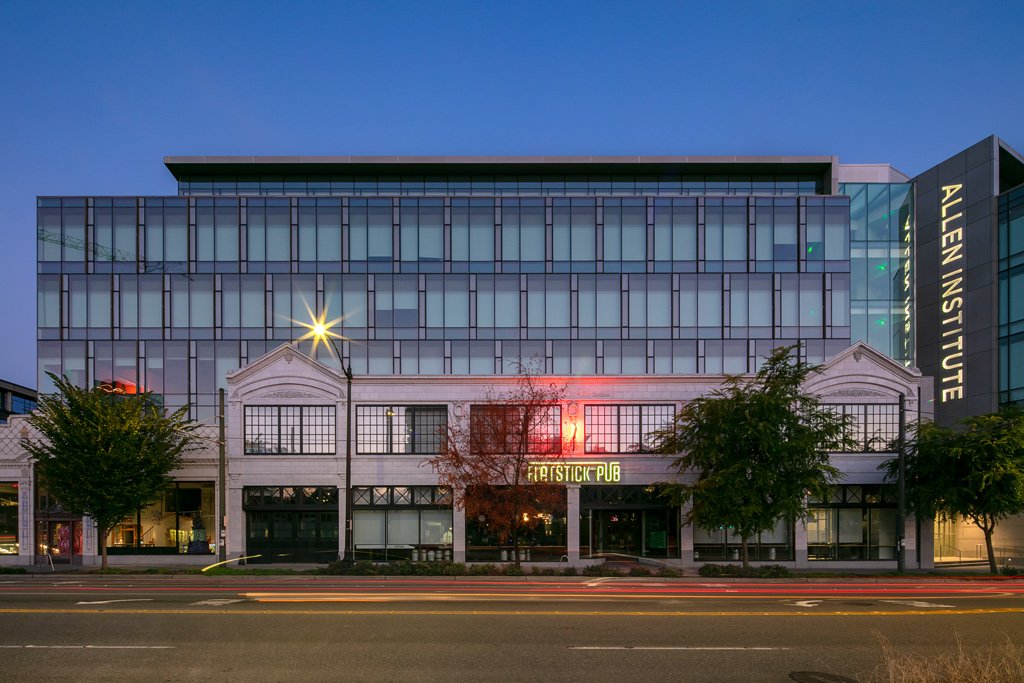 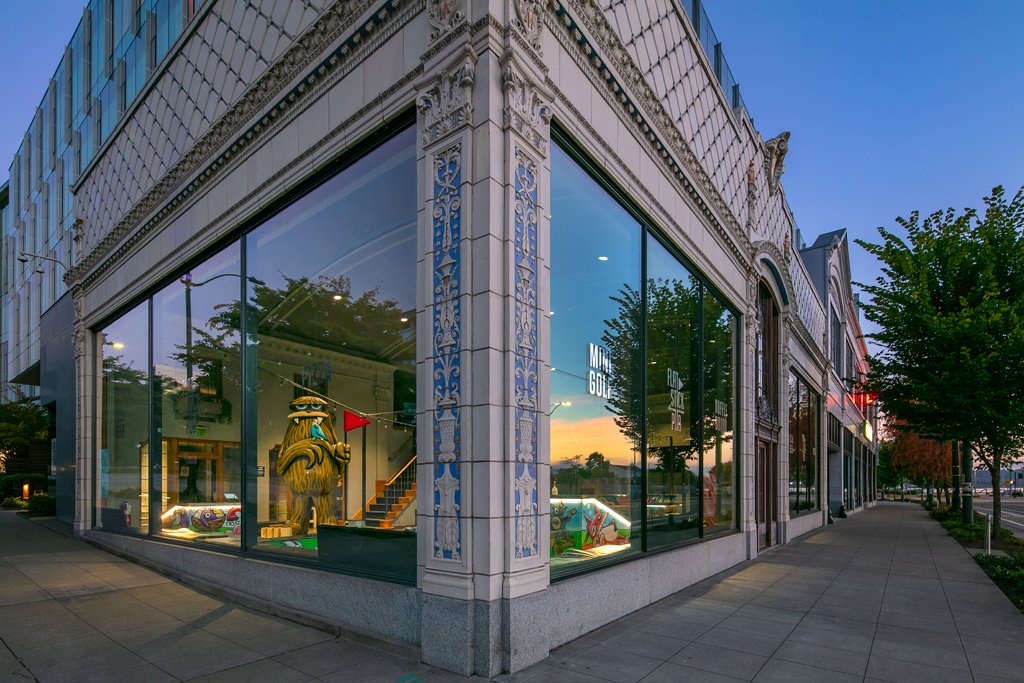 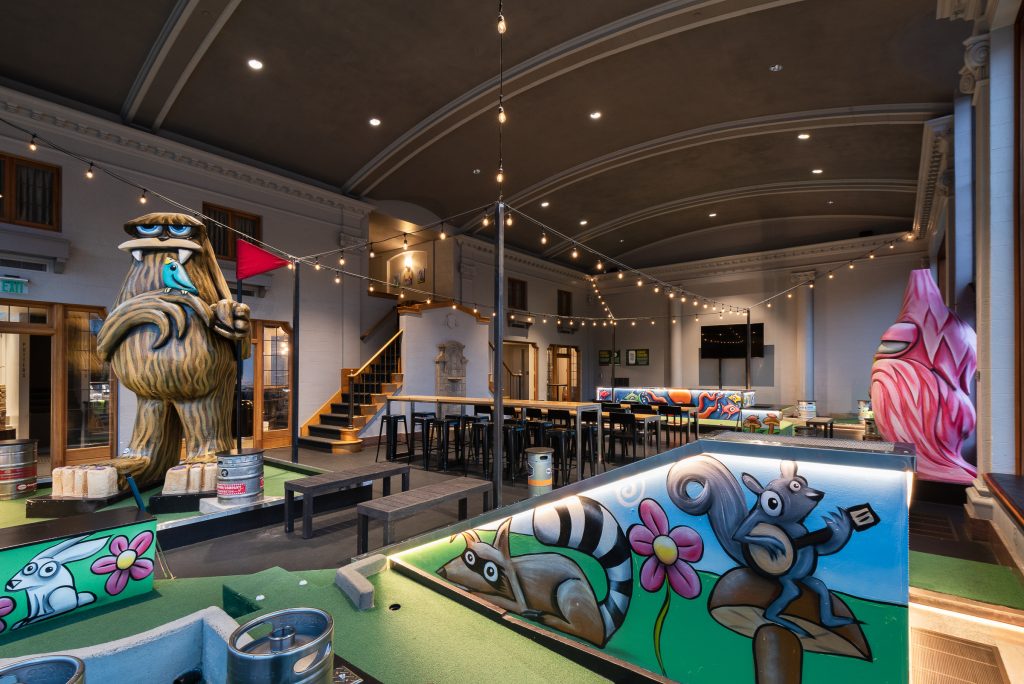 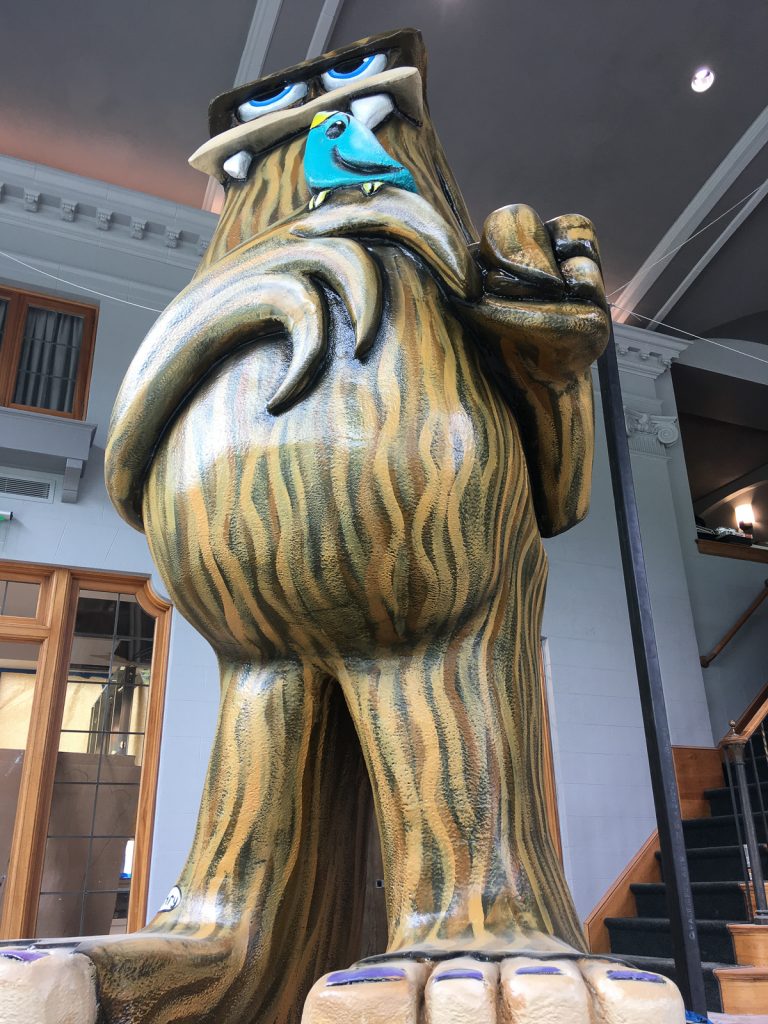 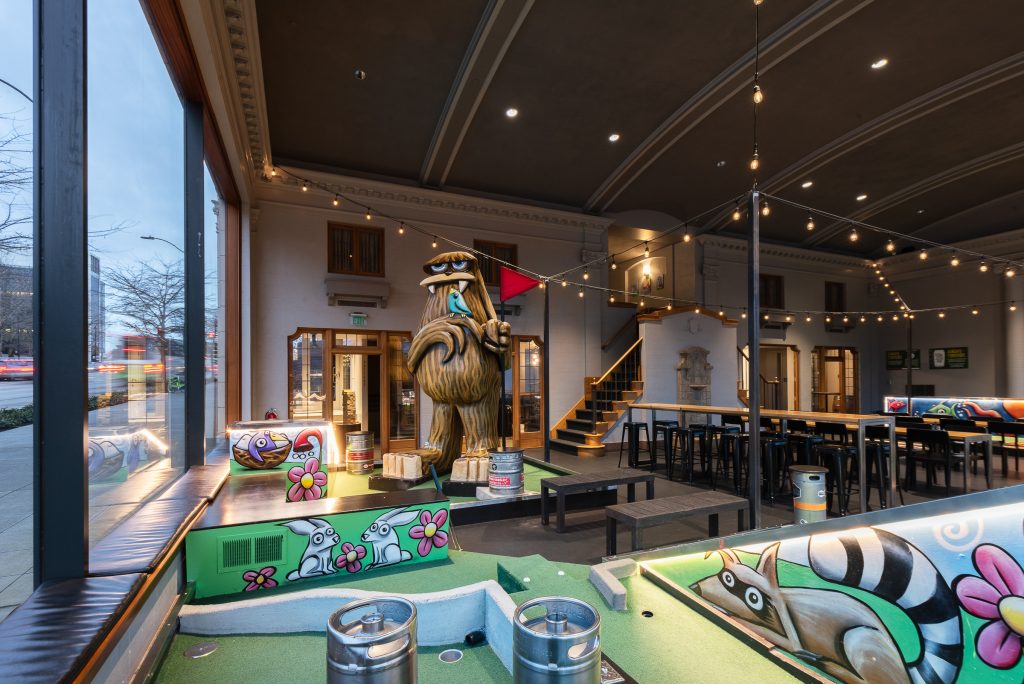 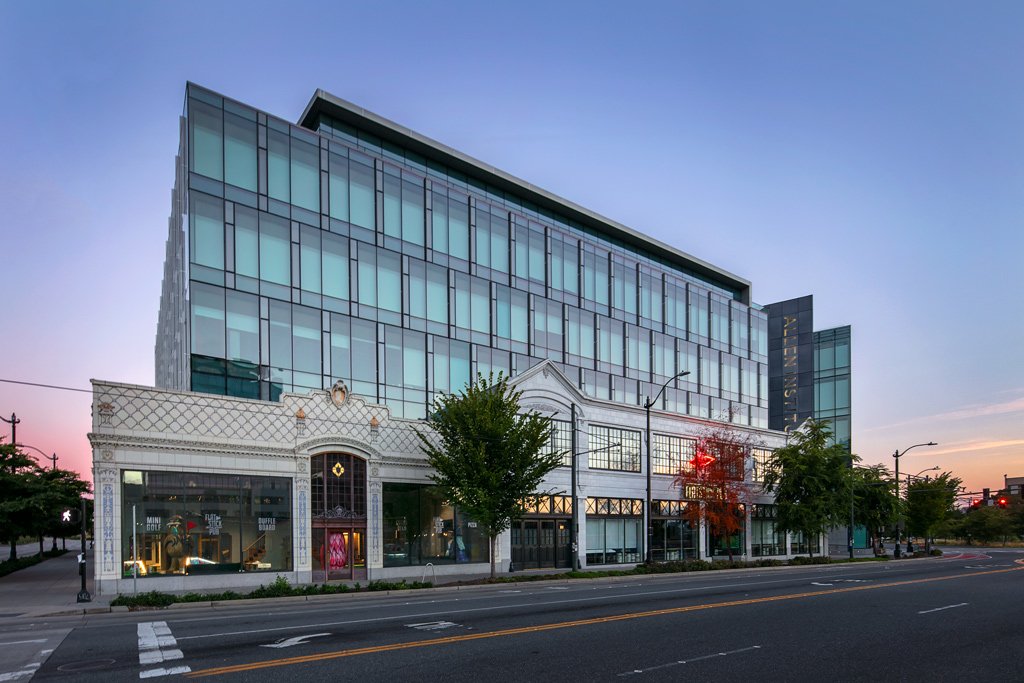 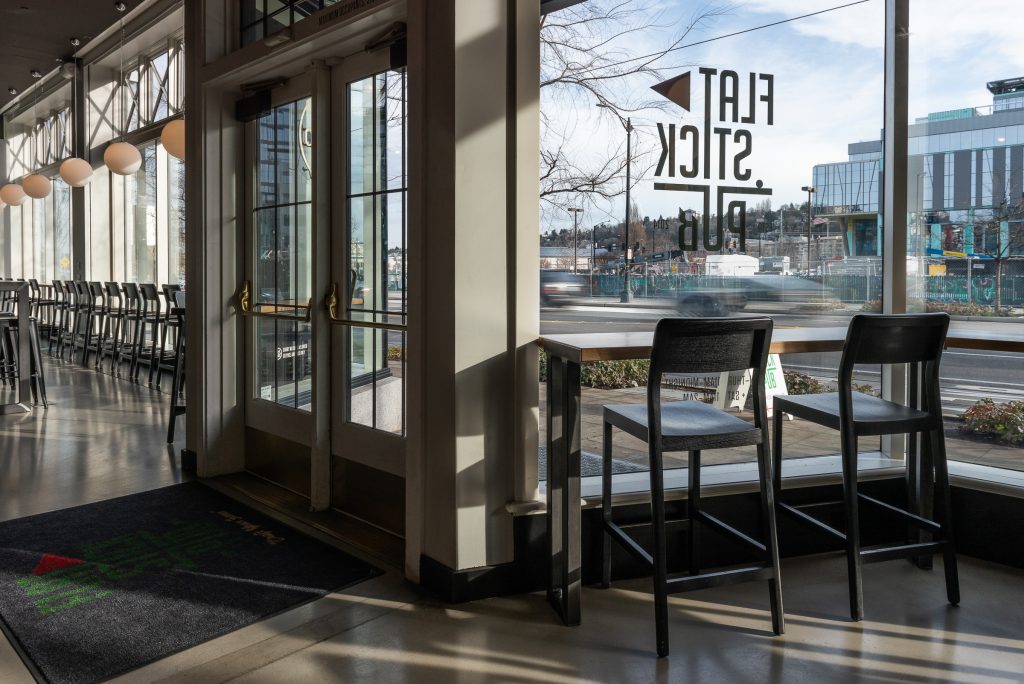 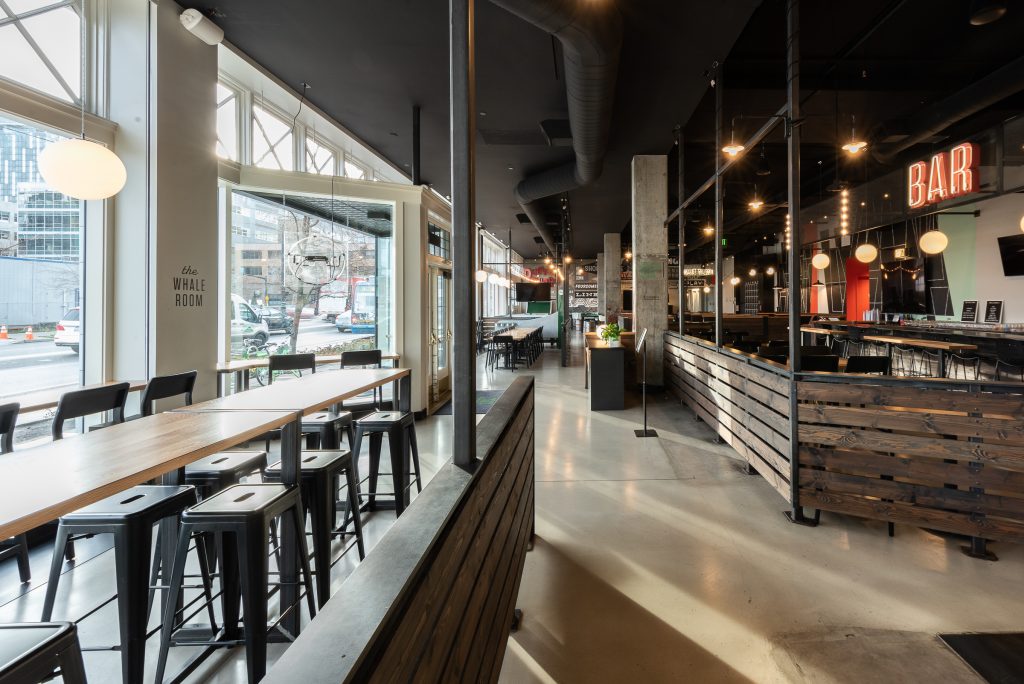 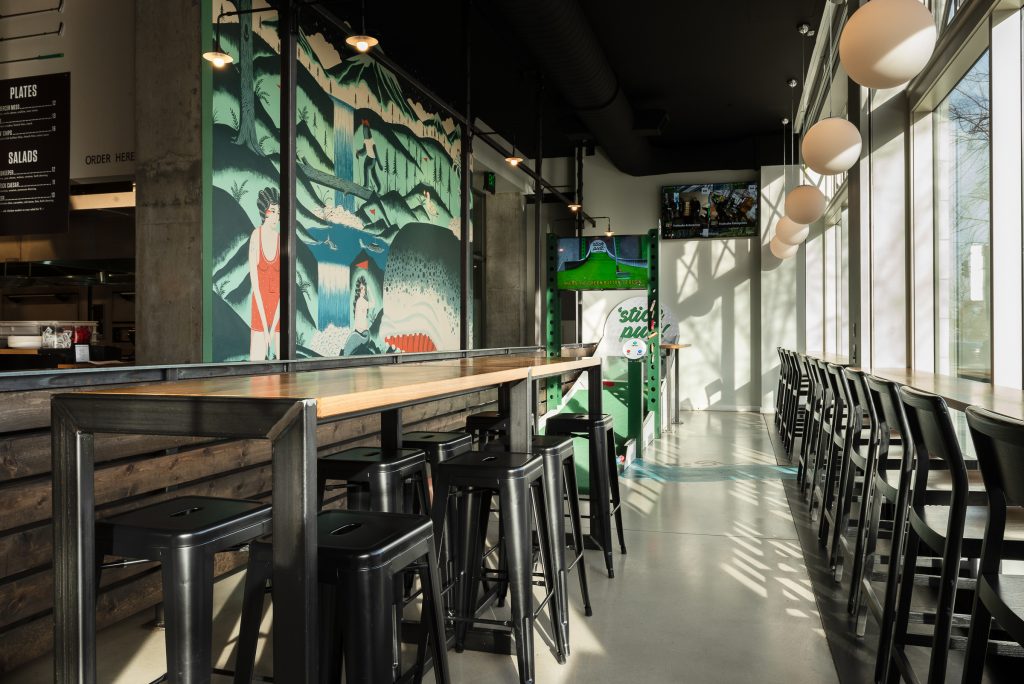 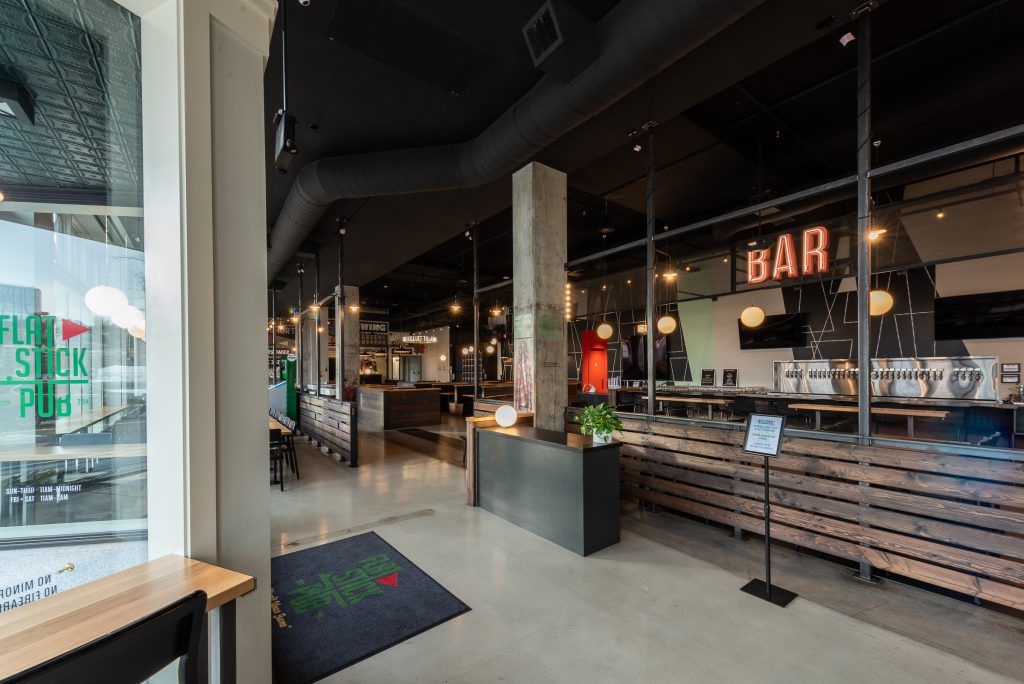 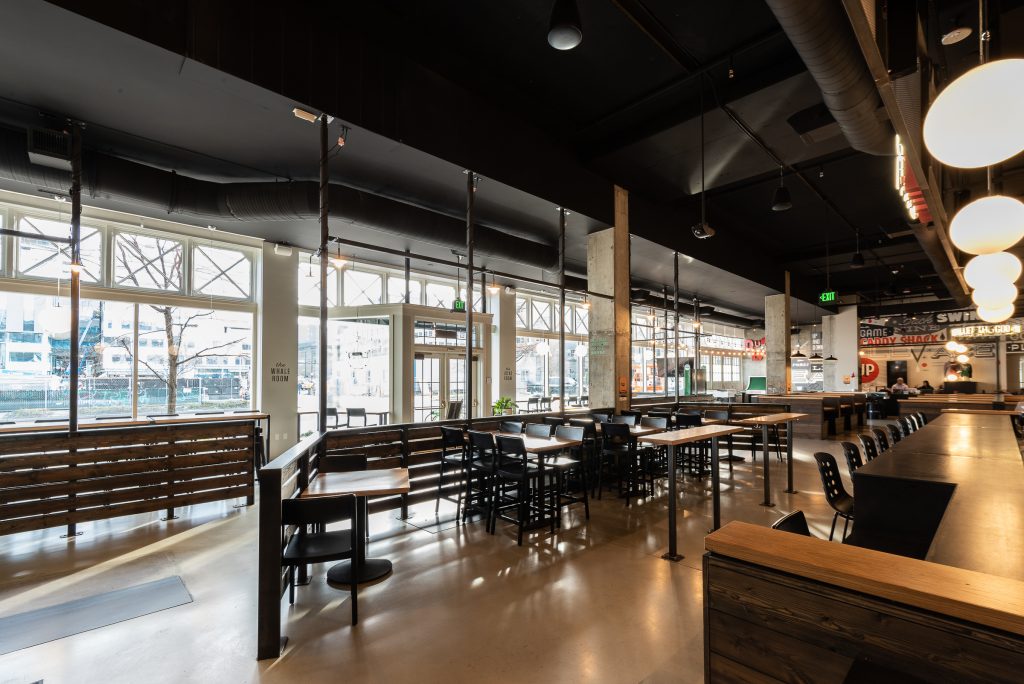 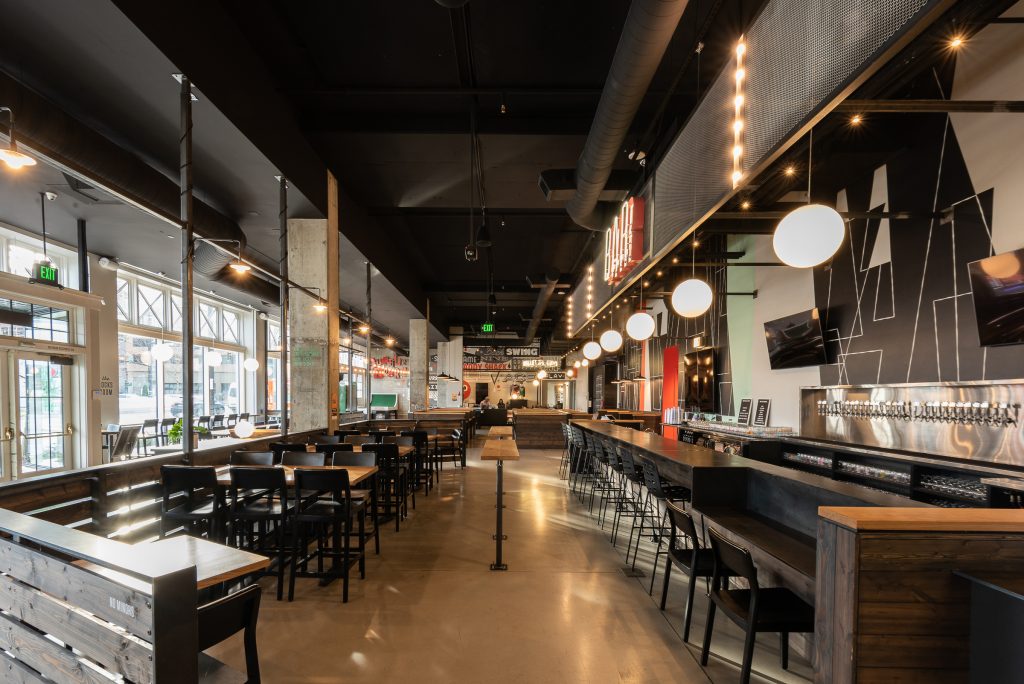 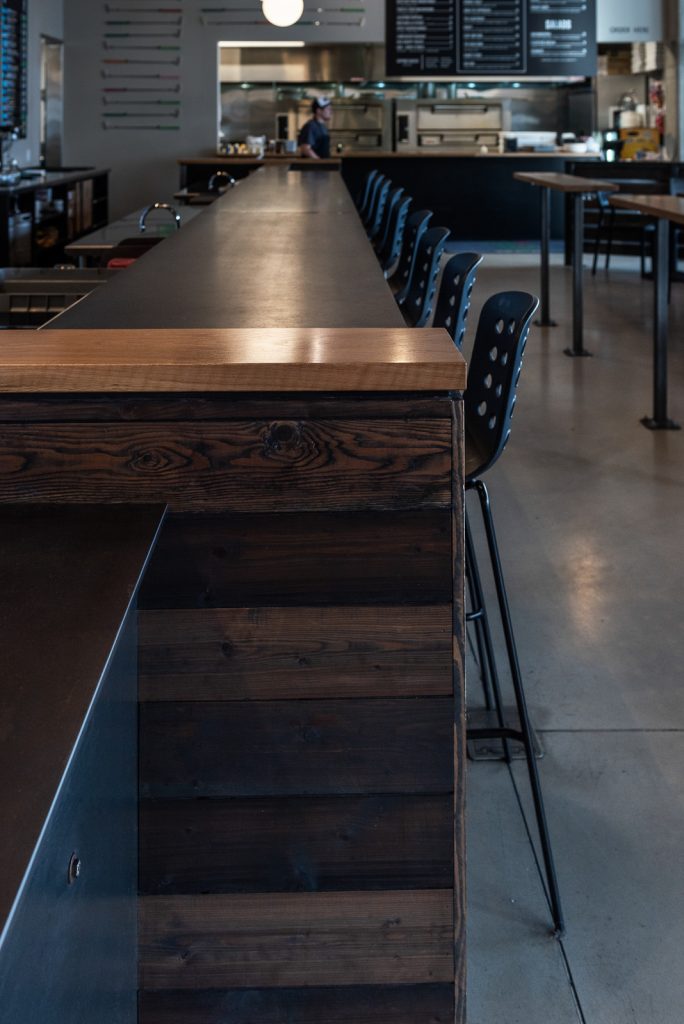 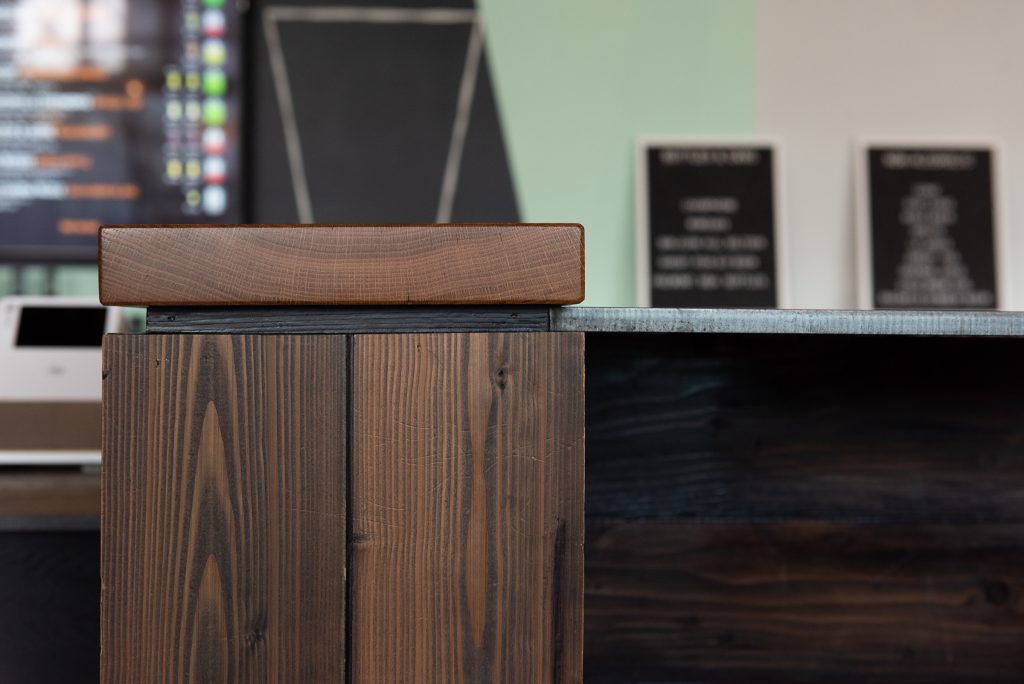 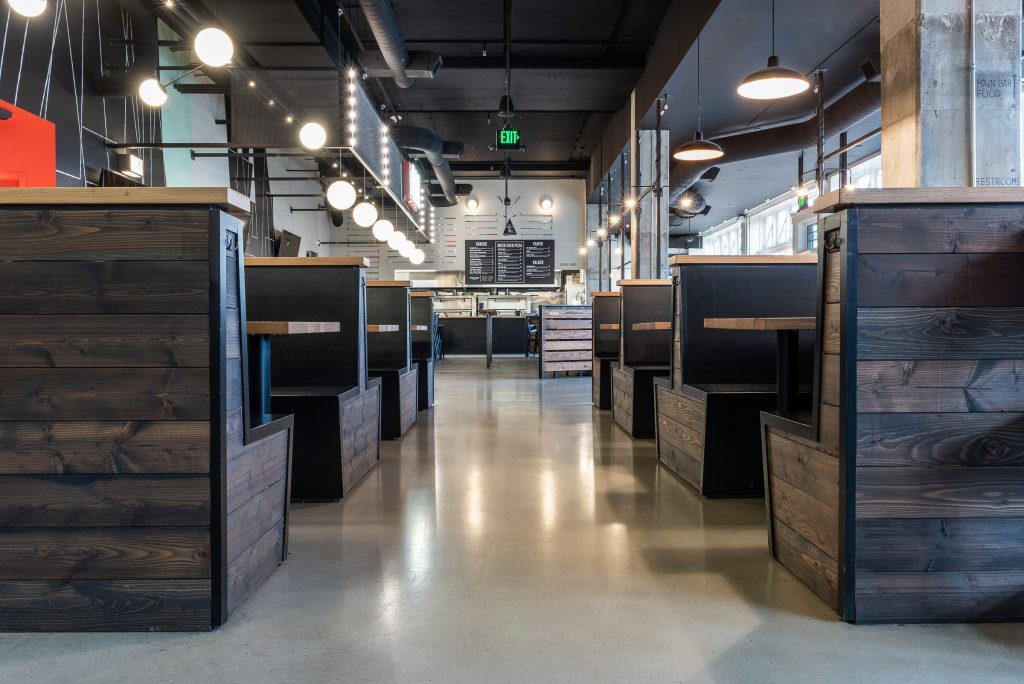 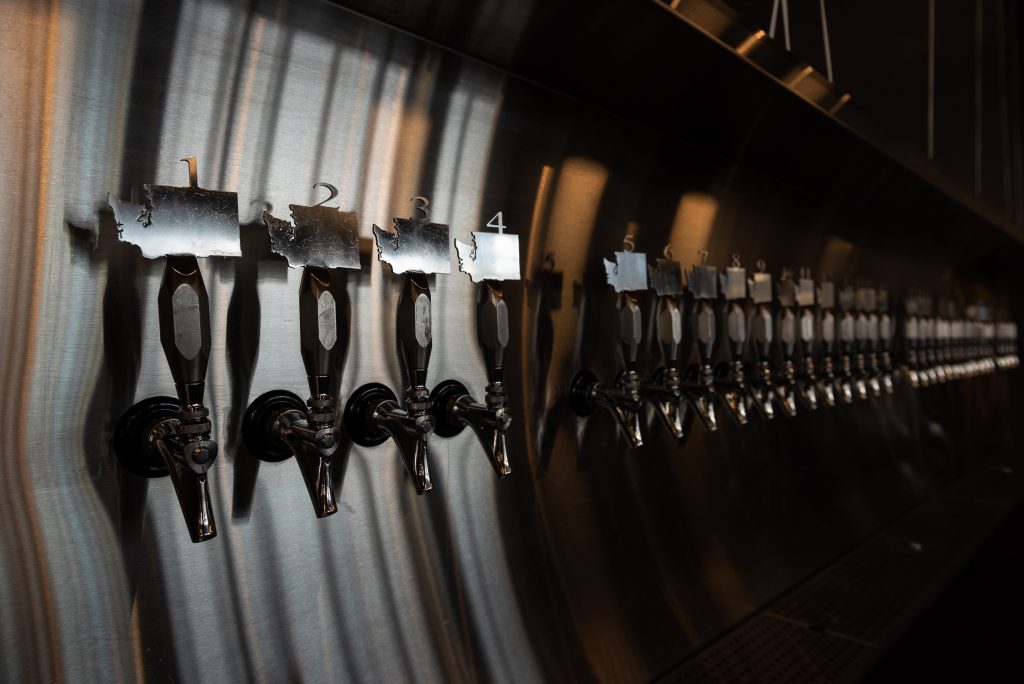 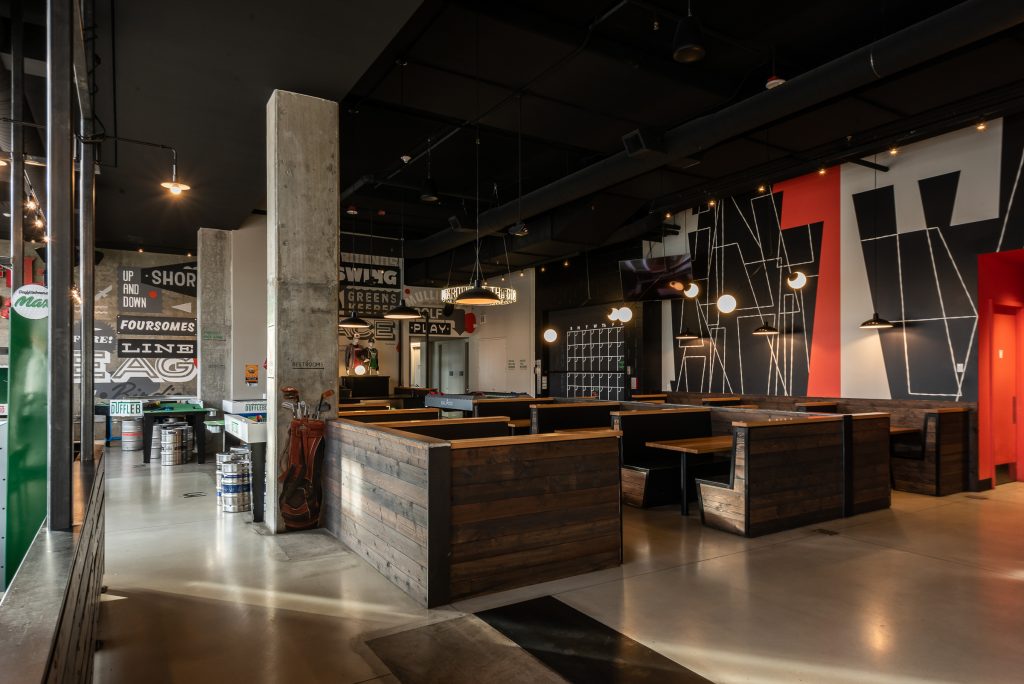 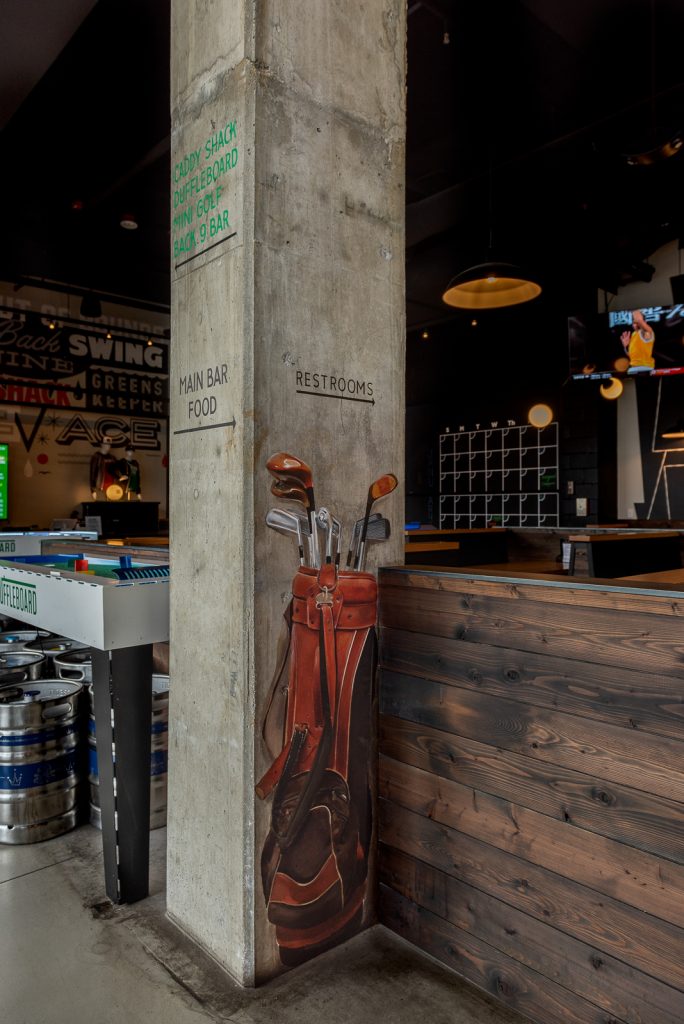 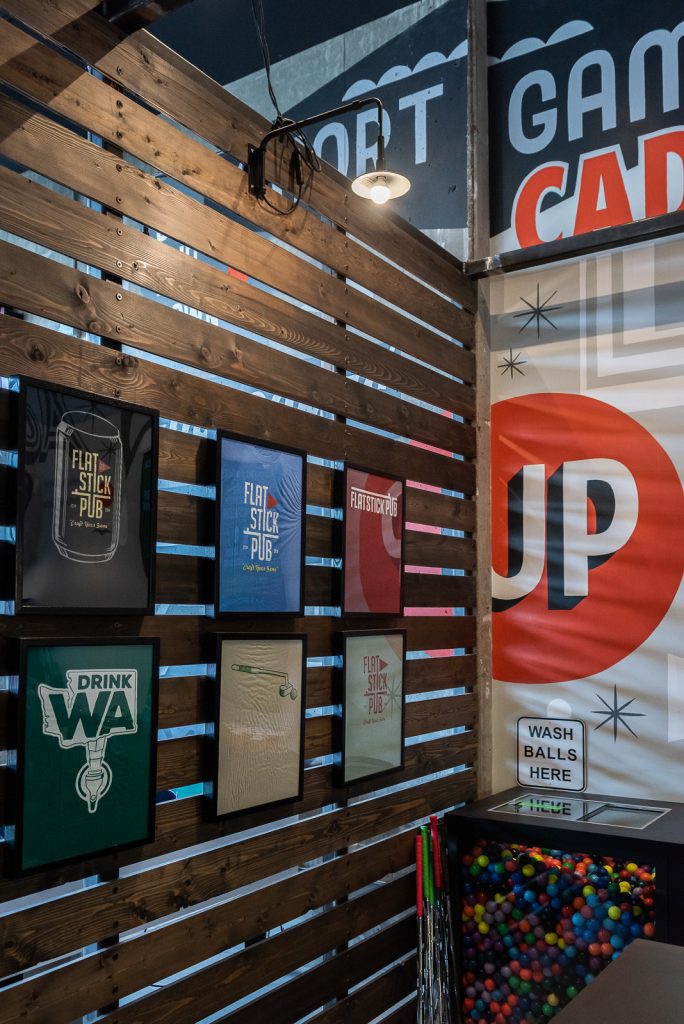 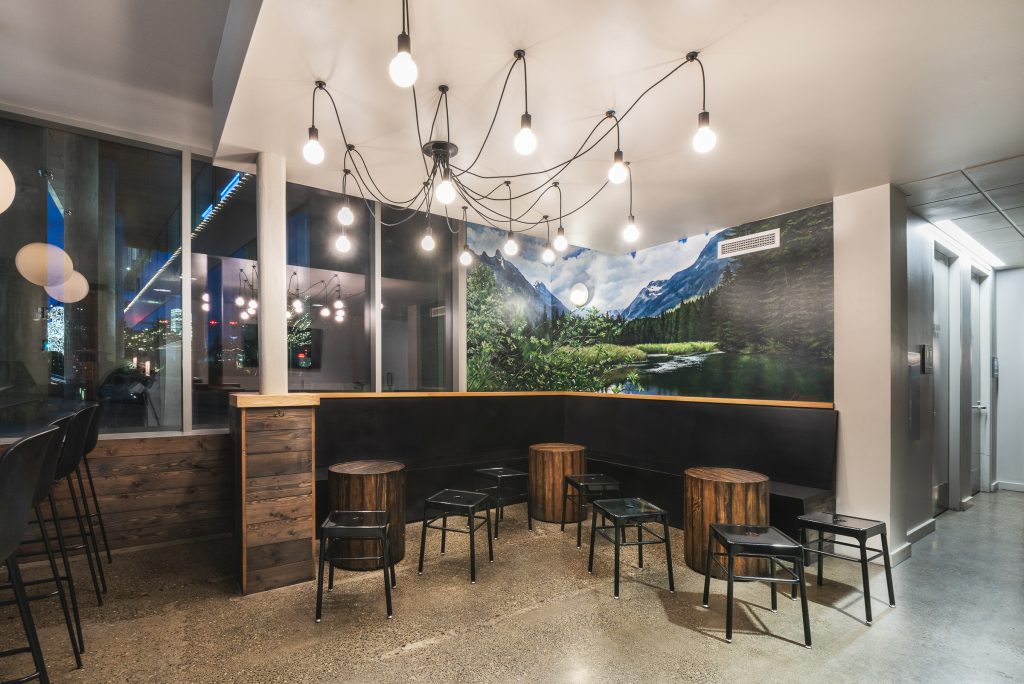 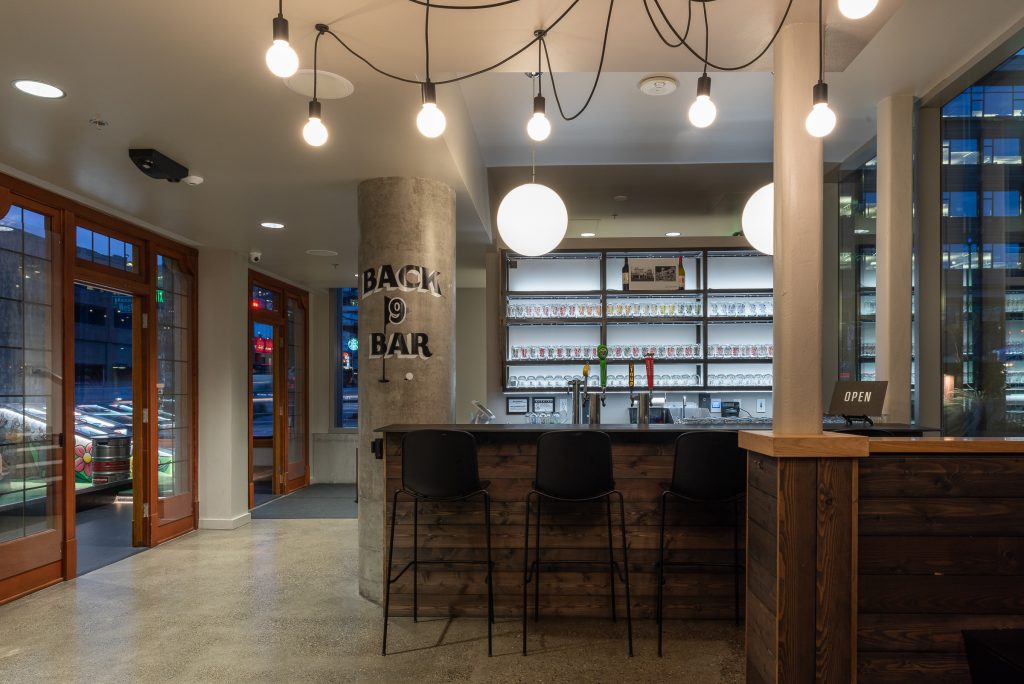 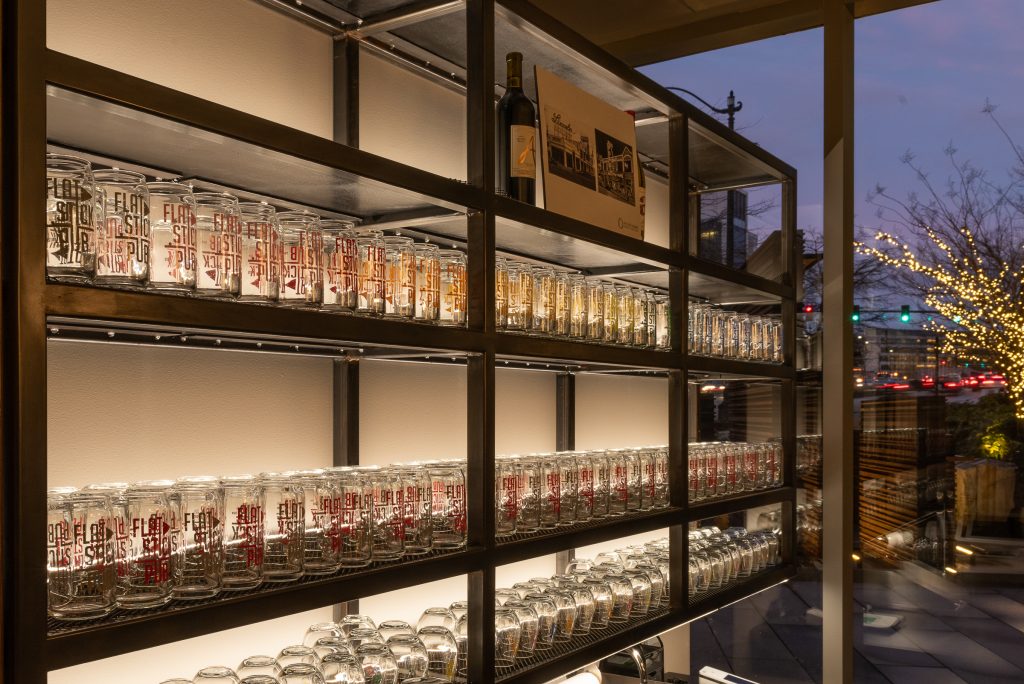 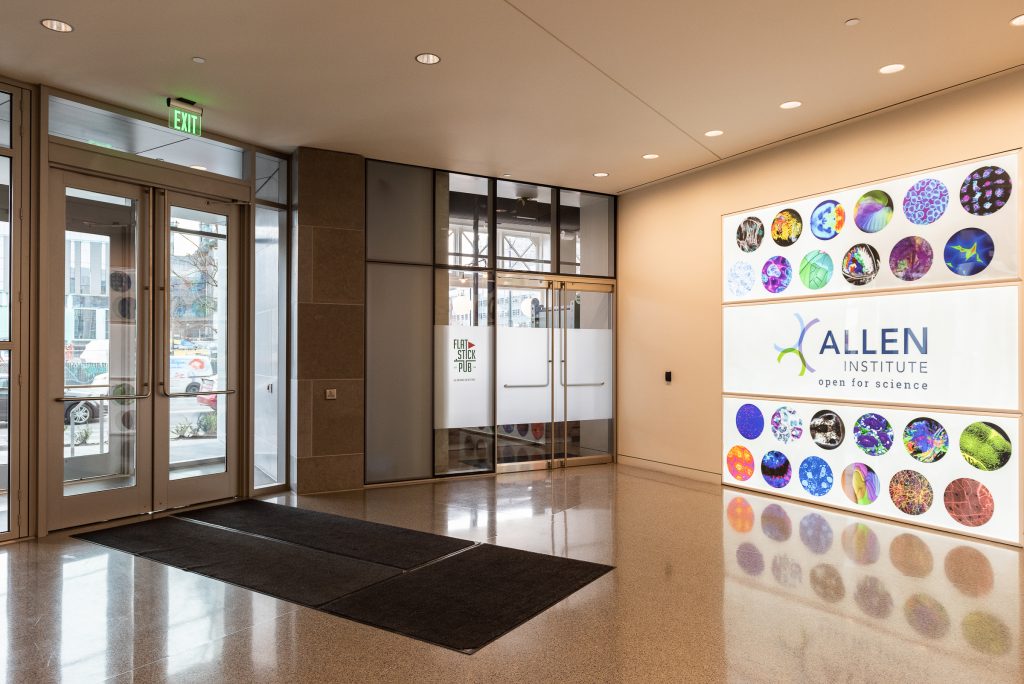