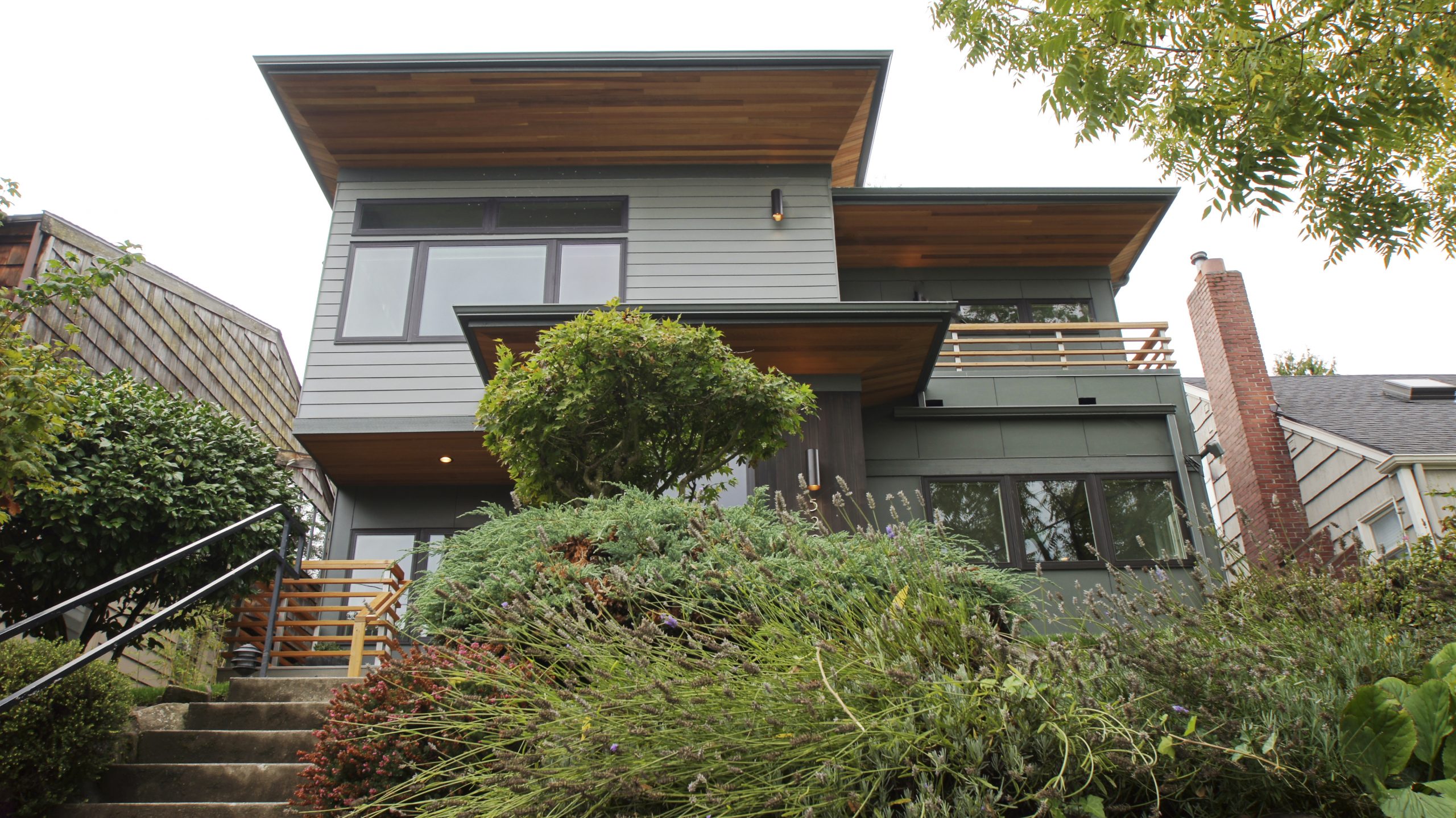 Originally a nondescript single-story home, a second story was added as well as a new modern sensibility. Deep, exaggerated eaves on the east and west sides provide visual interest in addition to shading during the summer months. A series of new additions were incorporated into the plan, including a new deck and connection to the exterior to take advantage of the new open plan. A new master suite was added in the second story with high ceilings to ensure its establishment as a quiet retreat space. The original home opened directly into the living room, with a wall hiding a stair to the basement. The entry was bumped out to create a more comfortable progression from outside to in, the previous wall hiding the stair was broken down and the new stair was stacked onto the one directly above it.

An open flow of spaces was maintained with the open risers and glass railings. Modern details such as the steel fireplace add personality and flair to the space. The kitchen, with a breakfast nook for casual and comfortable dining, remained in the original location, but was updated to fit the new aesthetic and maintains a visual connection to backyard through the adjacent dining room. Added windows throughout the house help to maintain the feeling of openness, allowing our clients to be connected with their surroundings on all sides. 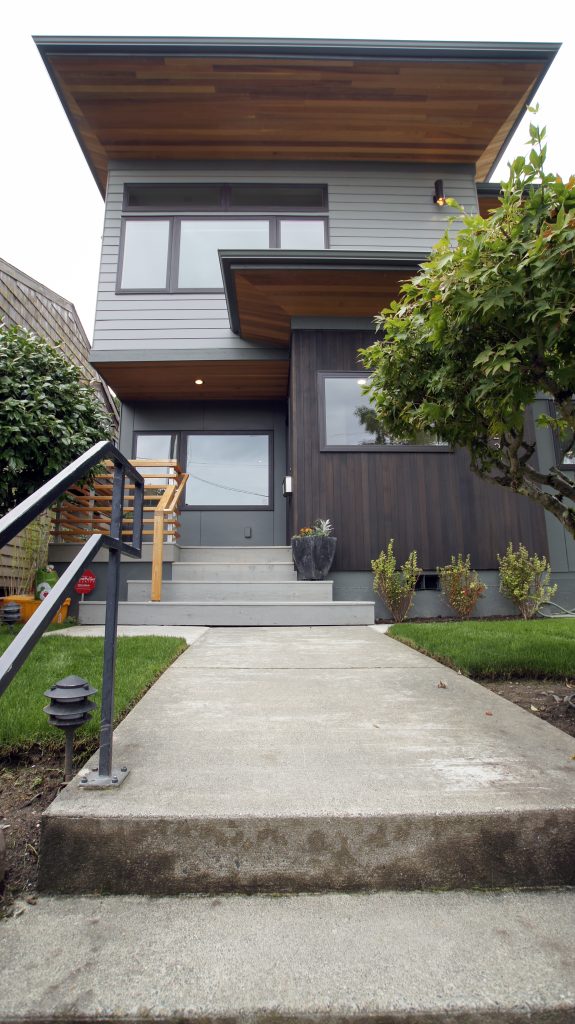 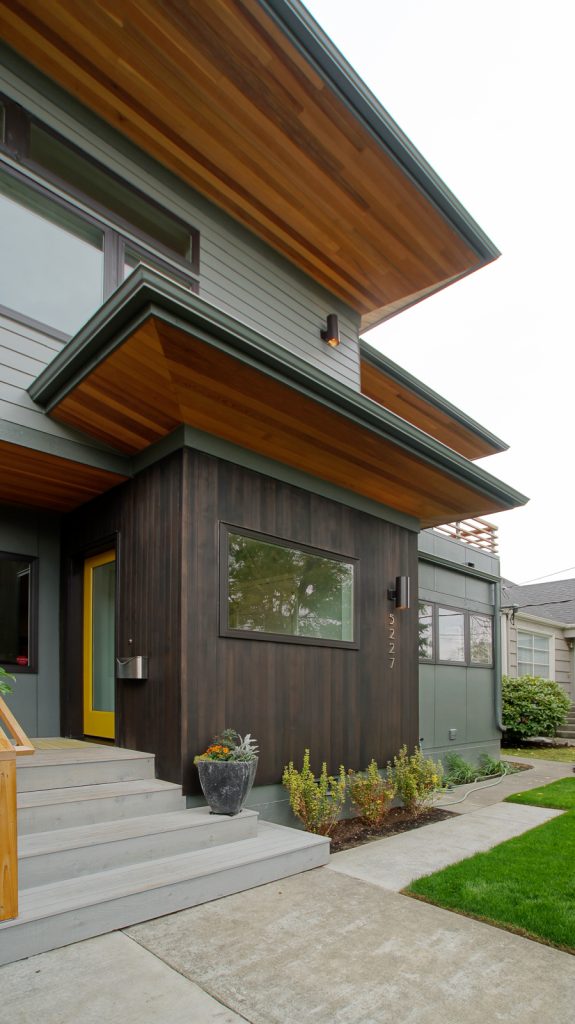 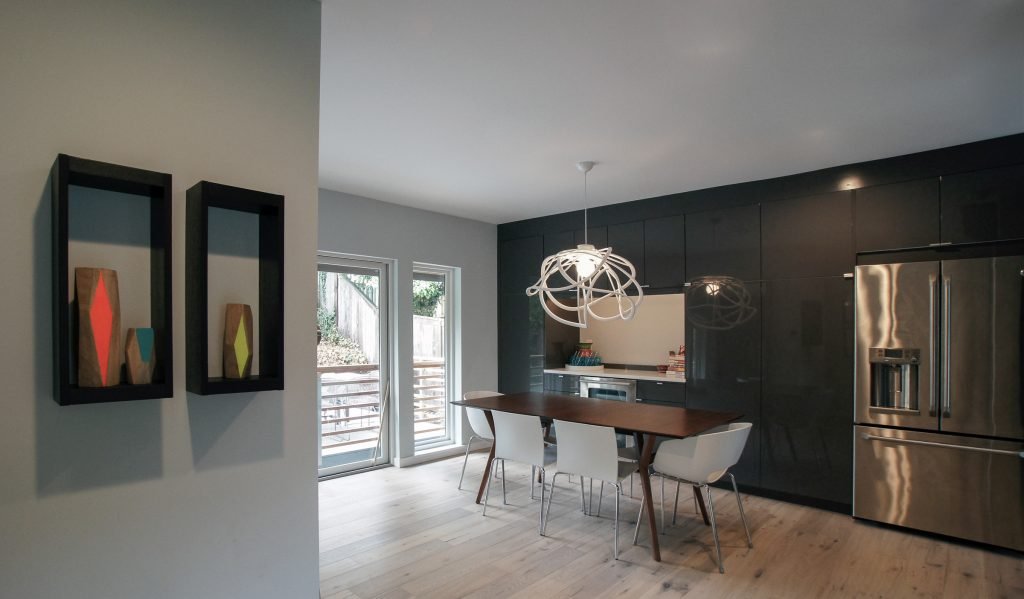 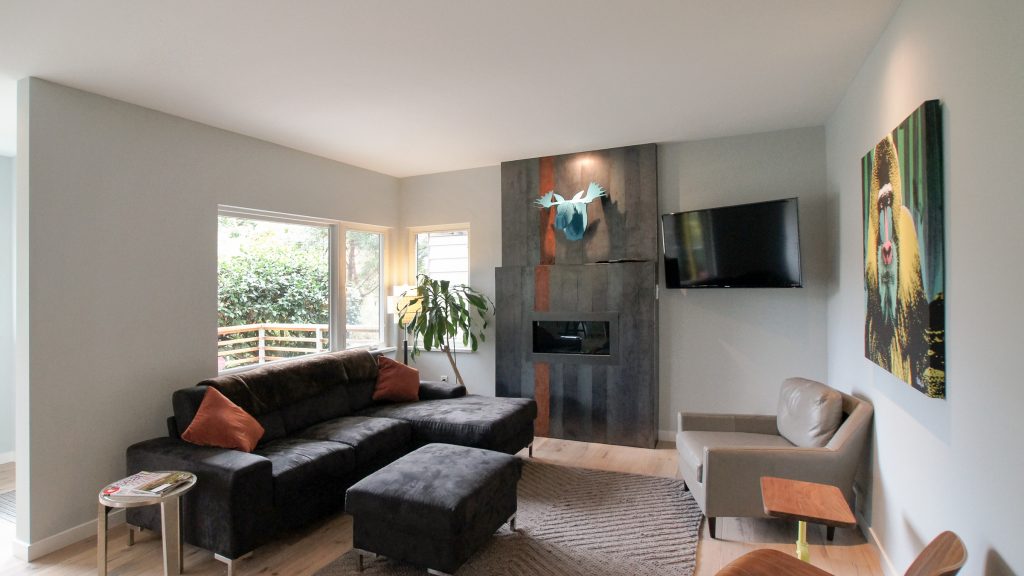 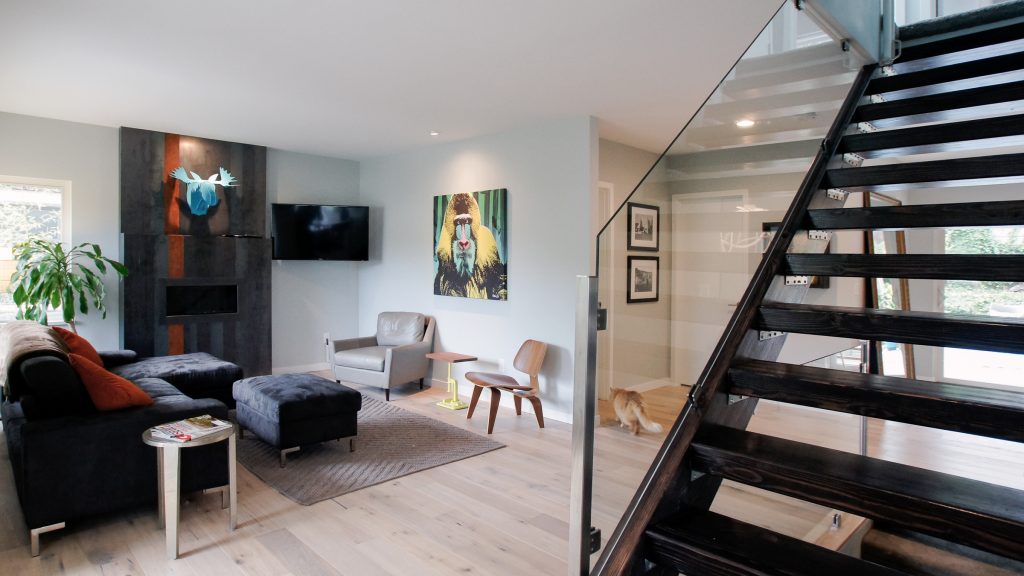 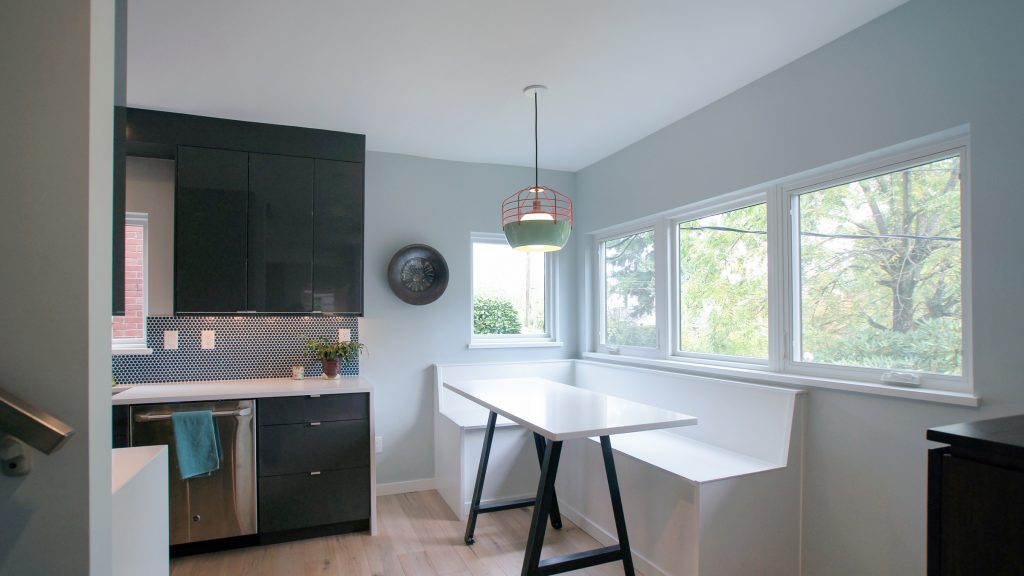 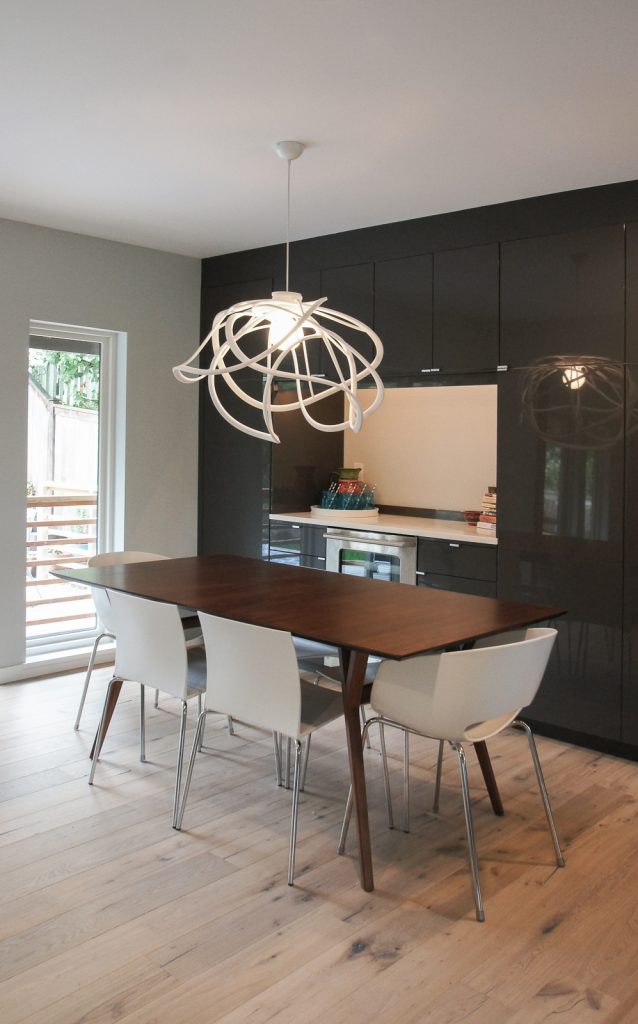 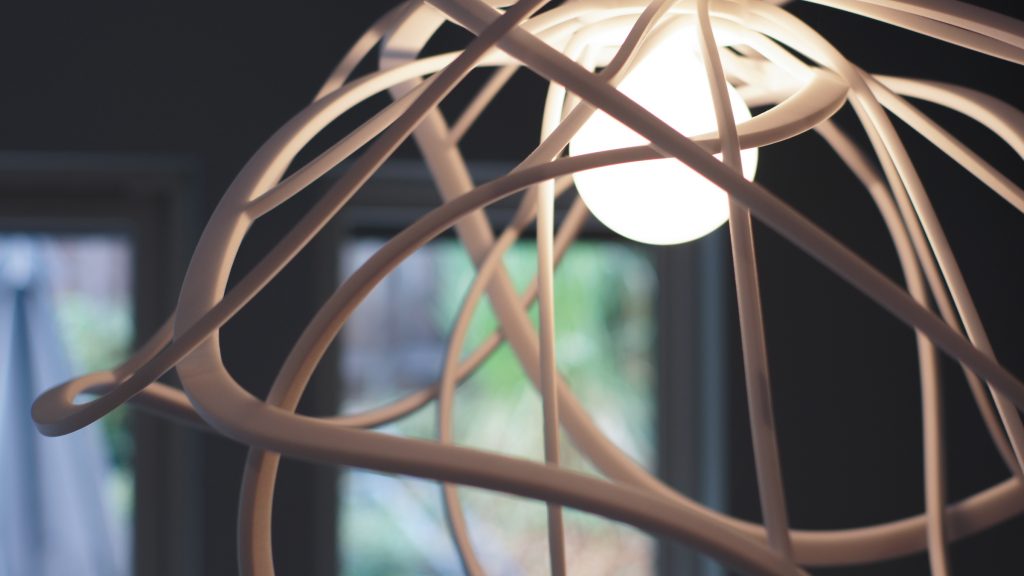 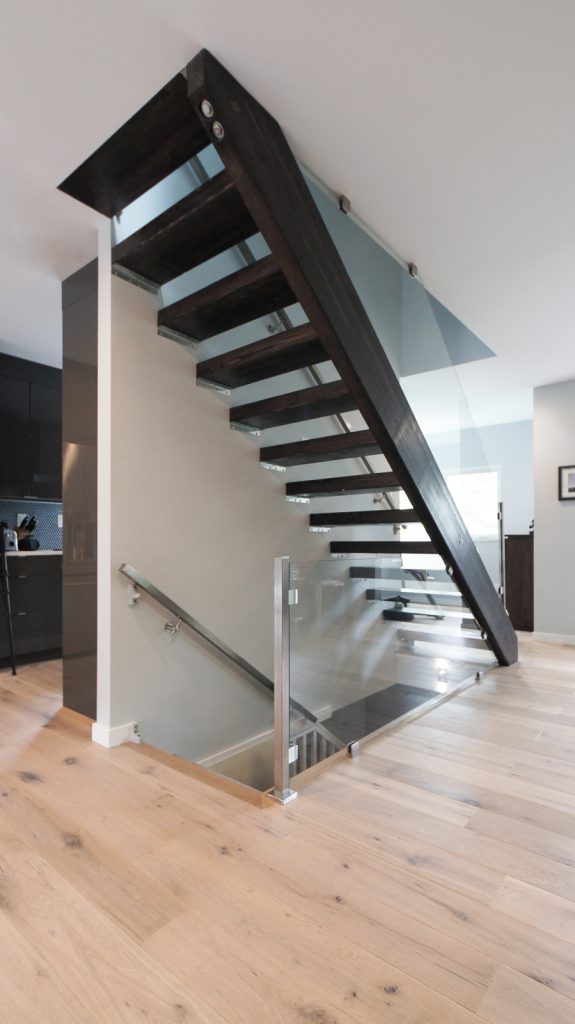 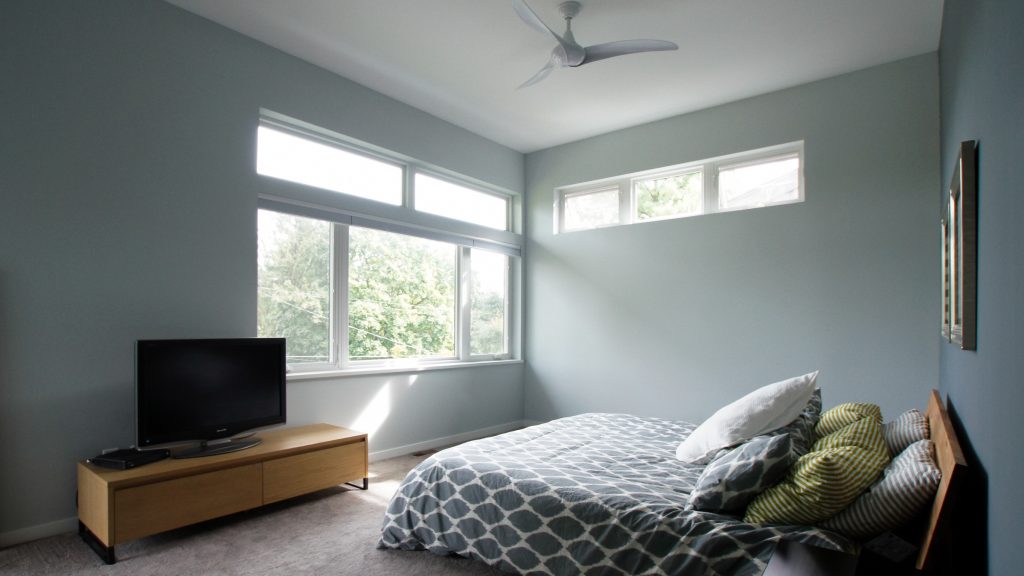 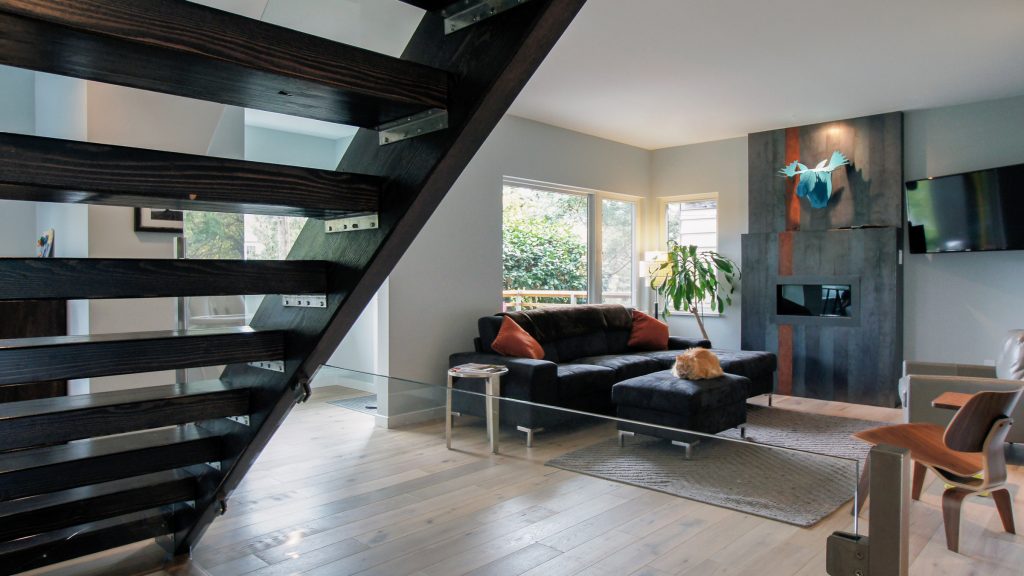 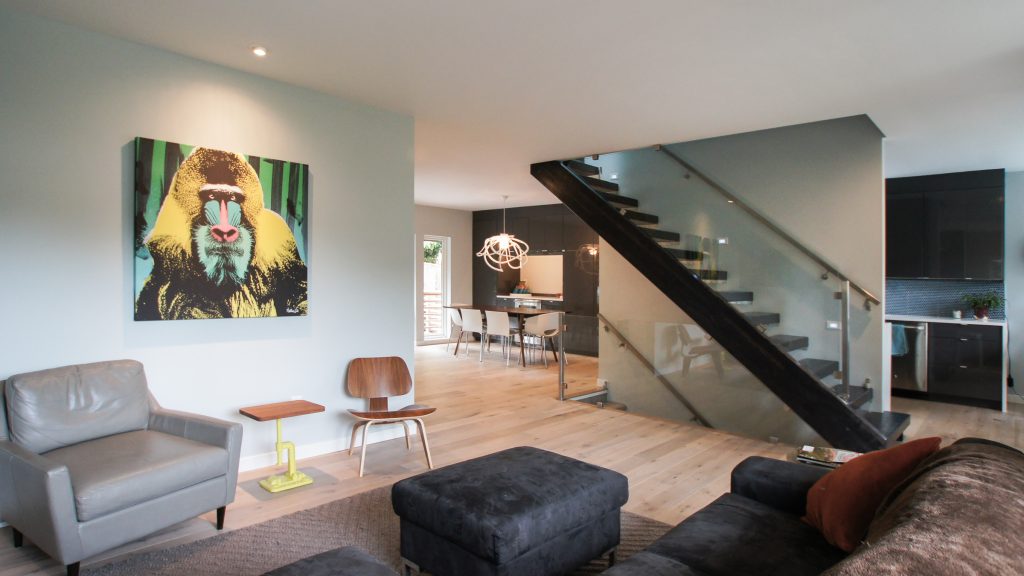 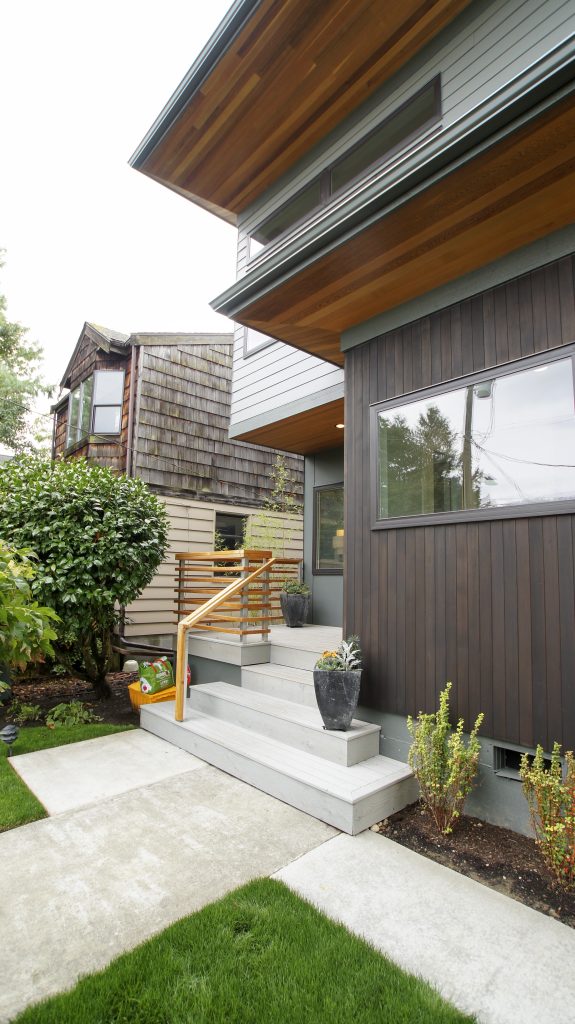 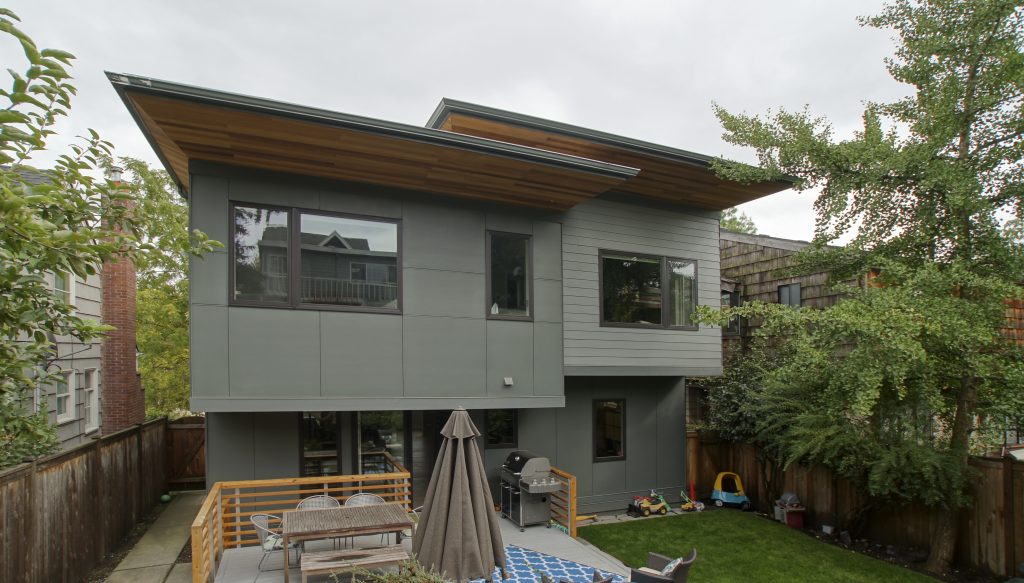 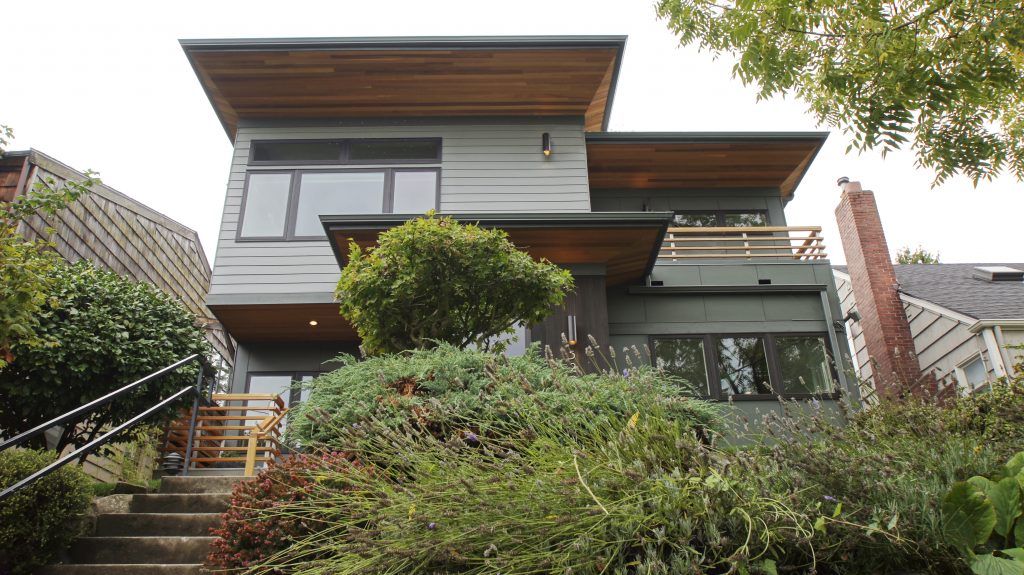 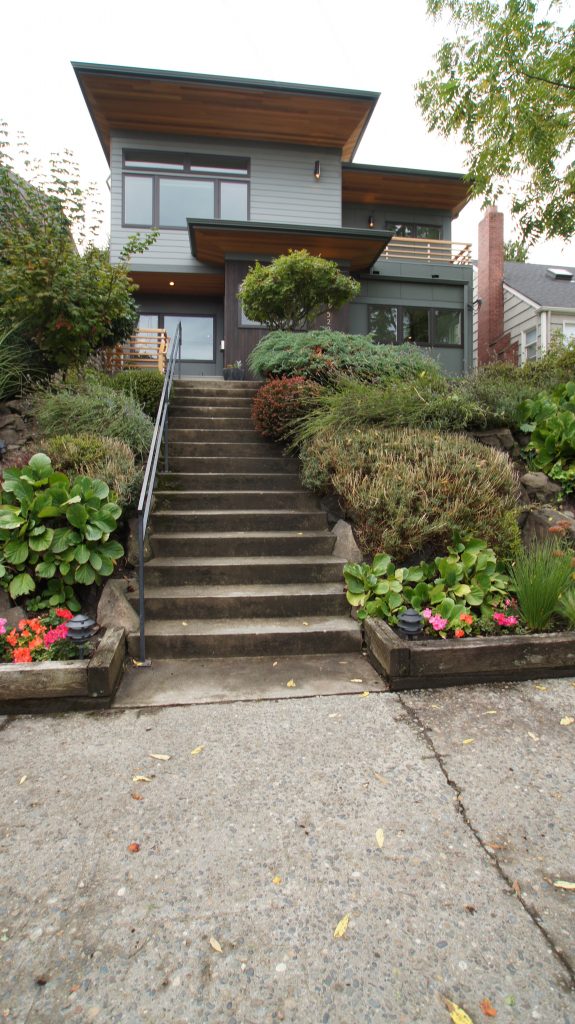