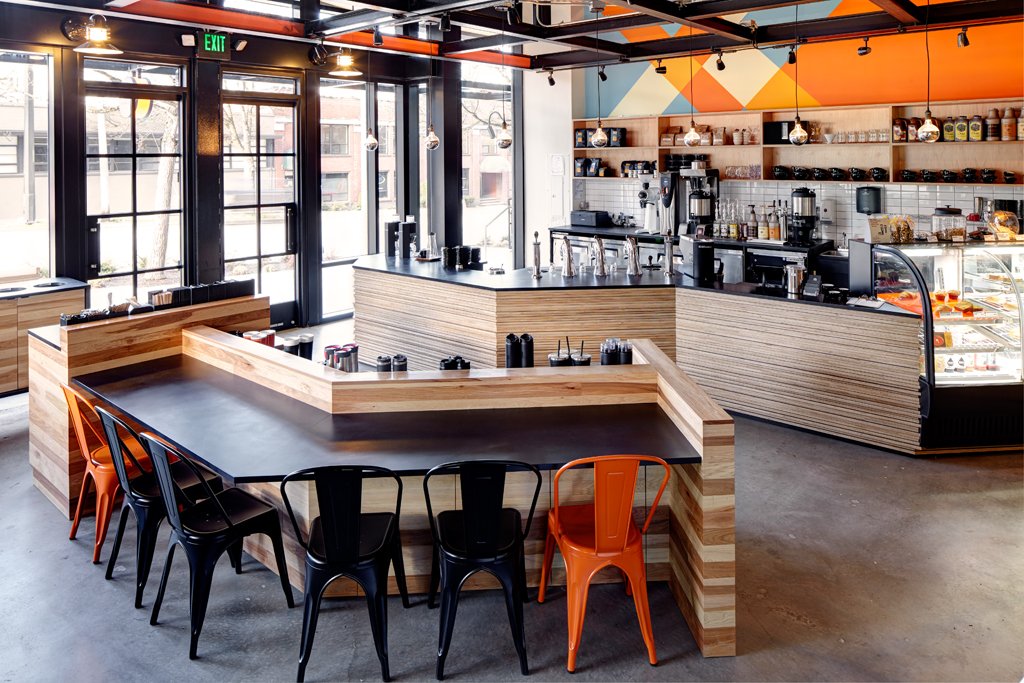 Located in the 400 Fairview building (a beautifully designed open market concept), the corner spot selected for the cafe would need to engage with people on the street as well as inside the market hall. Additionally, the owners planned to up the ante in their new shop, with new coffee technology (a mod bar instead of a traditional espresso machine). Taking design clues from the modern coffee taps as well as the company's bold black and orange branding, the design aimed to create a vivid and bright space that would suit such a lively brand.

The front coffee bar and center bar (which doubles as bean display and seating) guide customers through the space. The palette of materials was kept minimal with clean lines balanced with textural elements. The front bar is made up of laminated plywood and the center bar made of hickory planks. Chrome accents are a nod to the mod bar elements at the front counter, and the mural behind the bar (also designed by Atelier Drome) adds a final splash of color and excitement to the bright and cheery space. 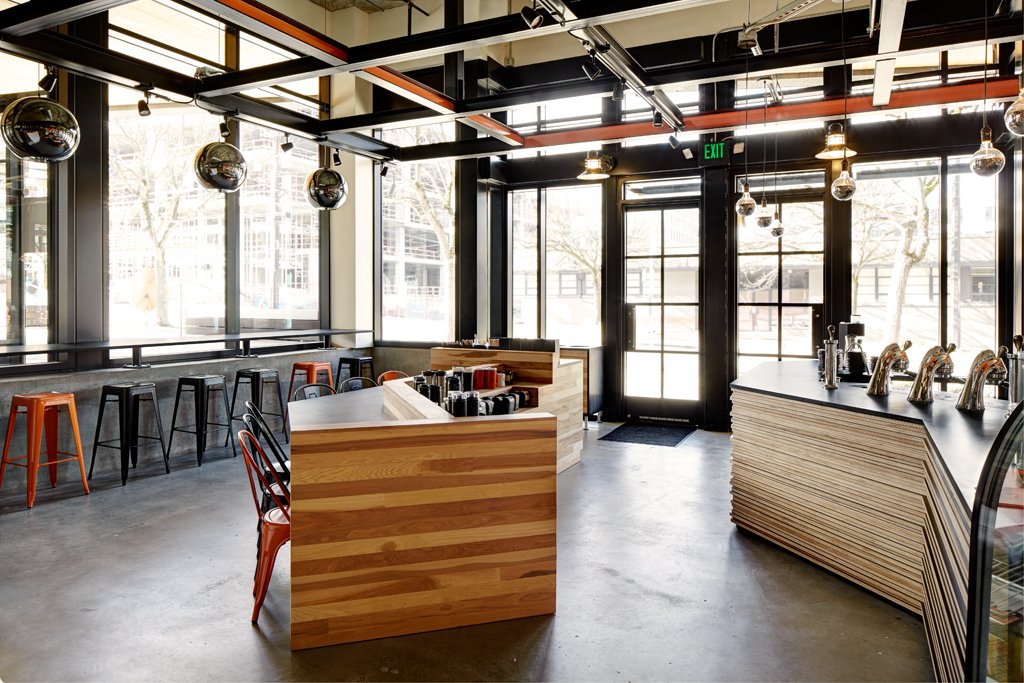 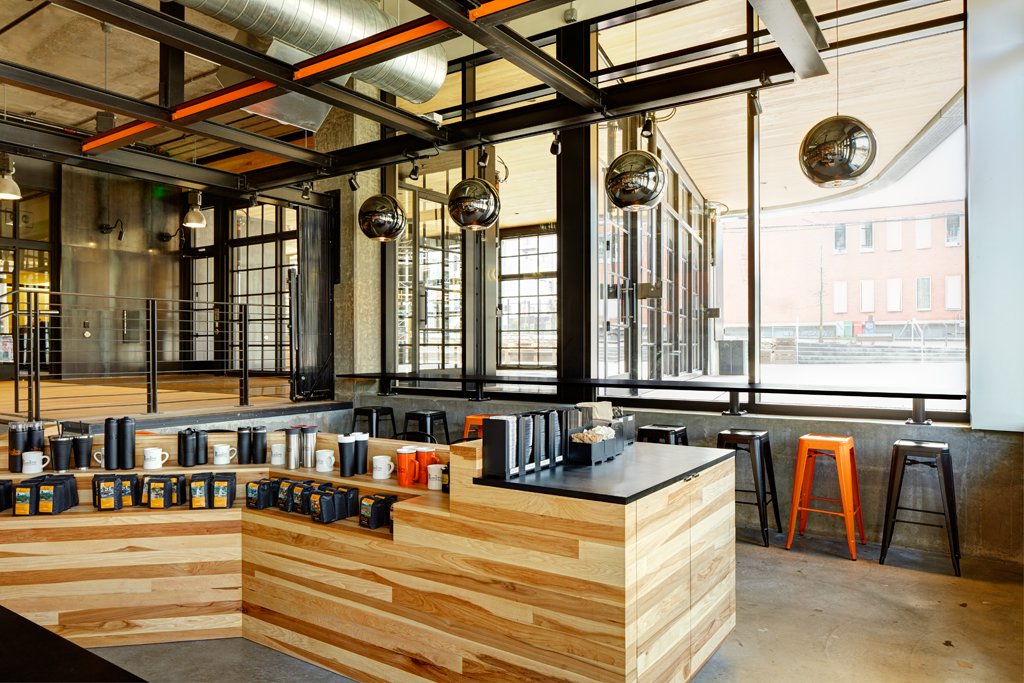 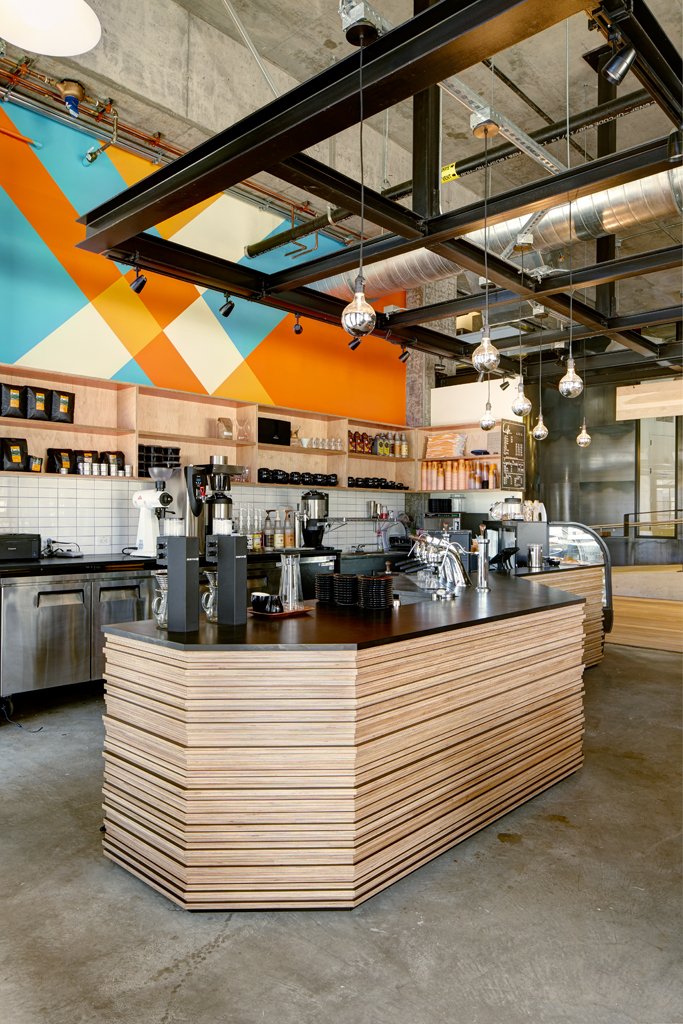 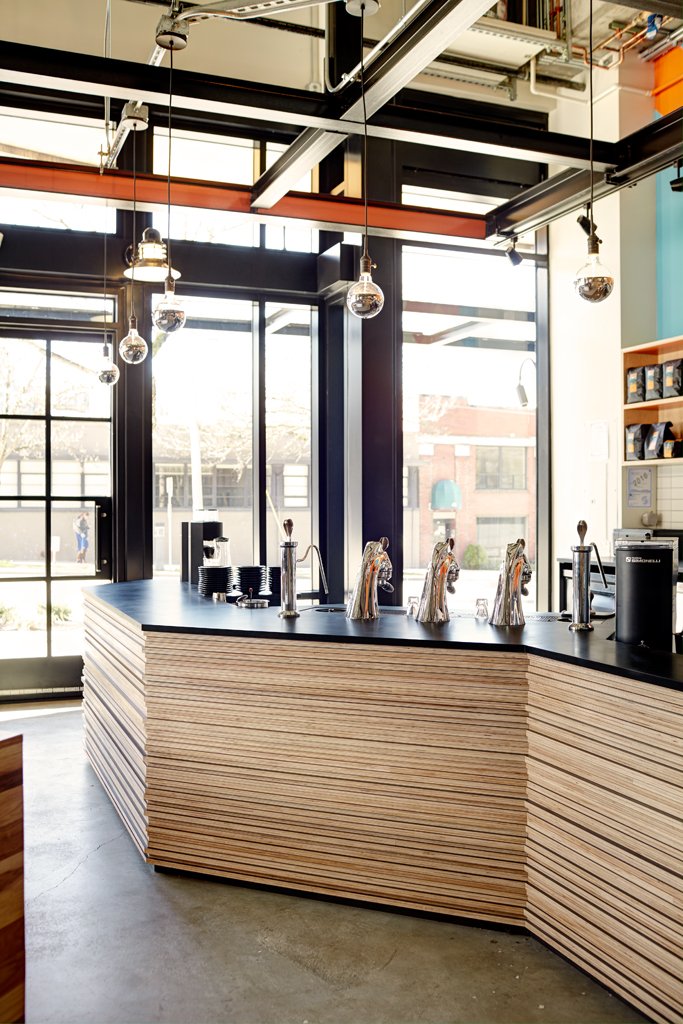 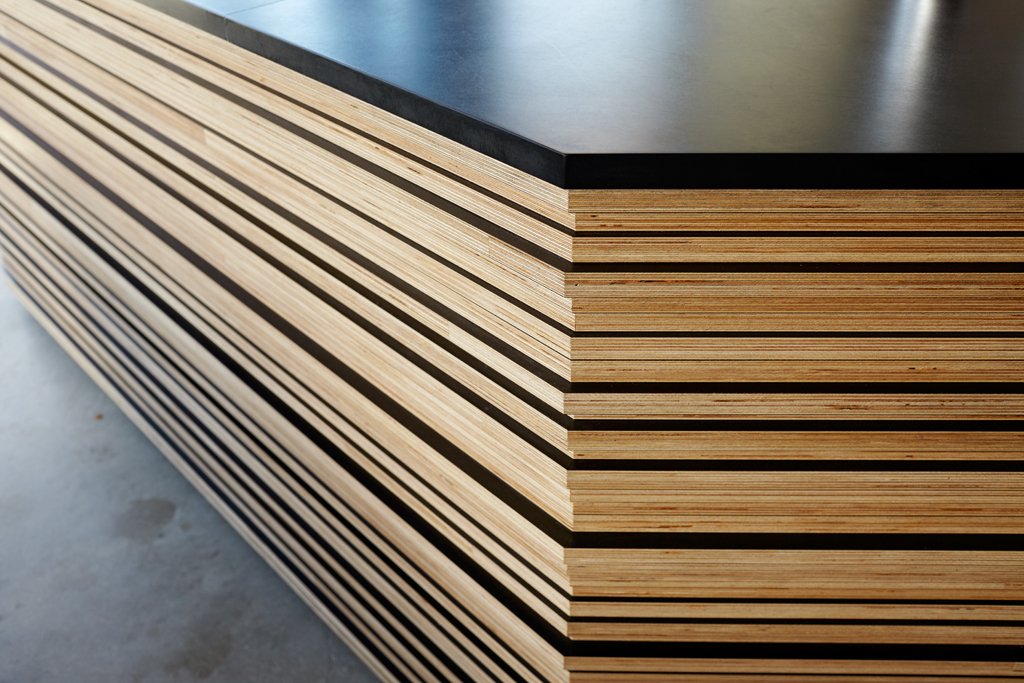 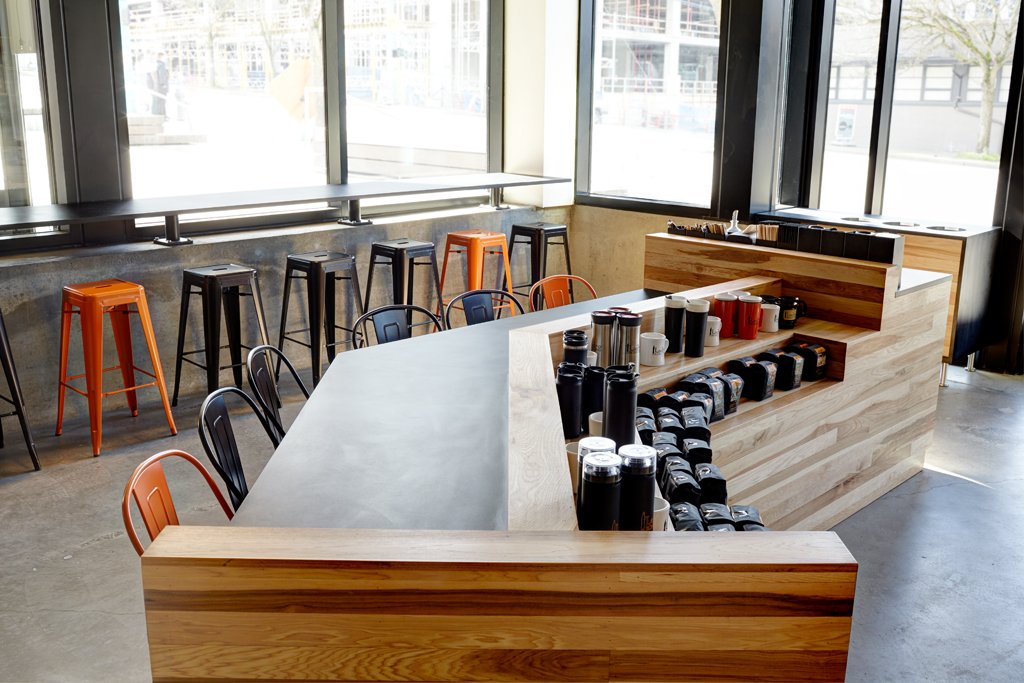 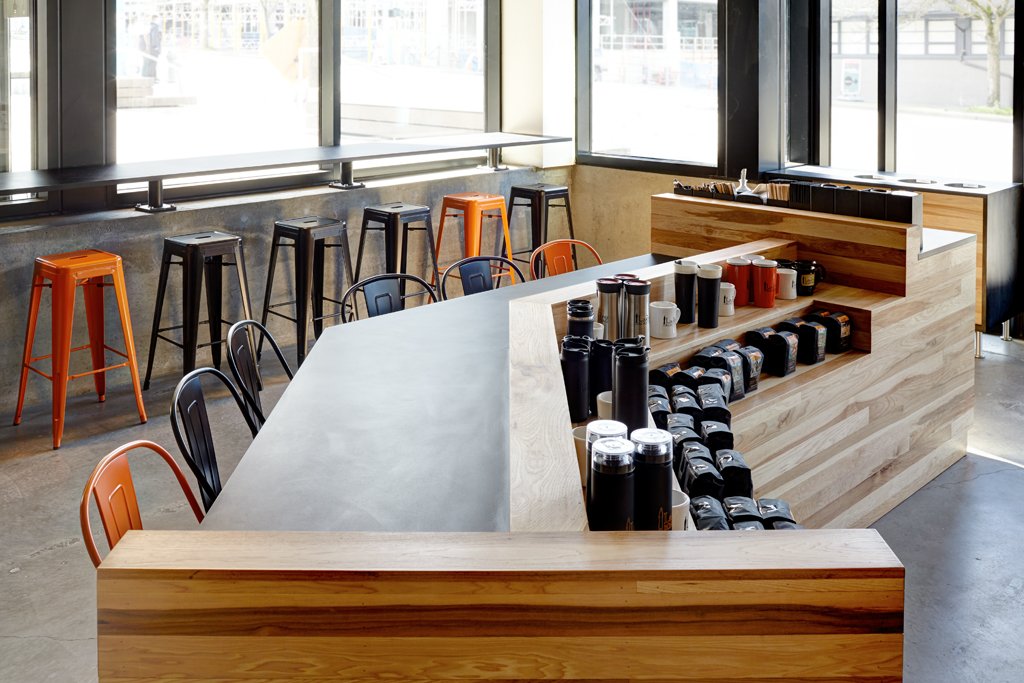