Originally, Bijan is from Shiraz, Iran, and has travelled extensively around the world. Bijan grew up having a fascination with buildings that are from early civilizations to modern time. What interested him the most were the “ideas, creativity, and inspiration of the architects,” so he decided to be part of that world. Bijan received his Bachelor of Architecture from the University of Shiraz, and his Master of Science in Urban Planning and Design from the University of Putra Malaysia where he found “the perfect balance between science and creativity.” He sees traveling as a way to gain inspiration, and to witness beauty that is unique to each city - specifically, Singapore and Tokyo have been some of his favorite destinations that showcase modern architecture. Having lived in many areas around the world, including Sydney, Dubai, and others, he mentions that Seattle has been one of his most cherished places so far. He loves being outdoors, and how the city integrates bits of nature into the design. To put it simply, nature brought him here!

Bijan’s specialty in design is multi-family housing. To him, the best aspect is visualizing the finest user experience by visualizing how they will interact with and feel throughout the space. He has participated in publishing several papers in international journals about walkability on campus and has led several lectures regarding sustainable design. What interested him in Atelier Drome is that this company has more of a studio atmosphere, and that it feels more like a group of friends & family coming together to achieve the very best!

In his spare time Bijan enjoys anything that includes nature- whether that is hiking, camping, or enjoying a nearby park. He is also an avid learner who appreciates learning new languages, studying art history, and enjoys listening to classical music. 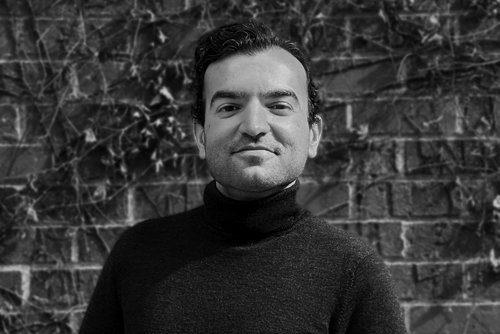