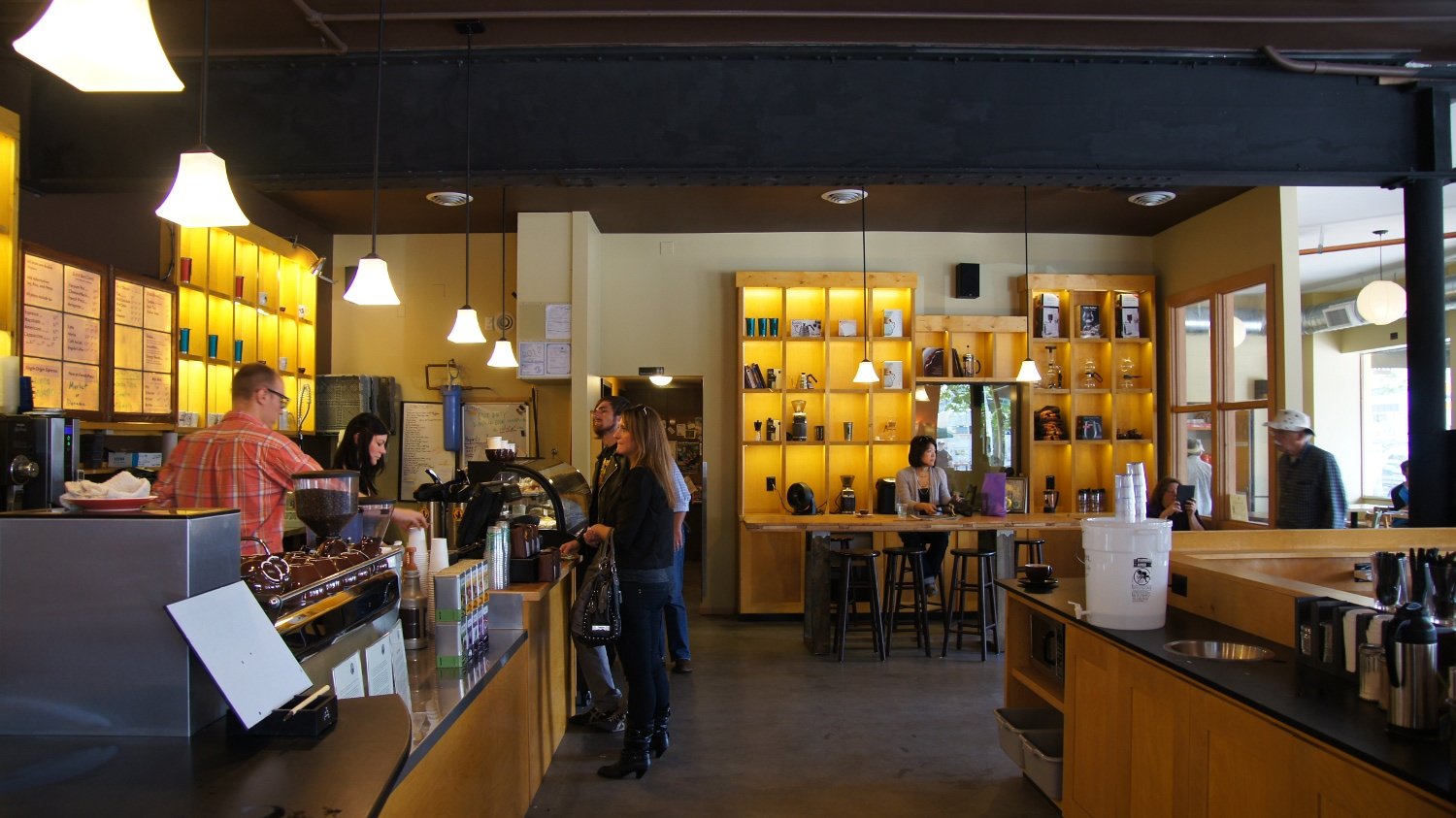 Taking over the former location of a corporate coffee shop and a bank, the owners of Seattle Coffee Works wanted to meld their existing brand with the flavor of the Ballard neighborhood. New awnings, signage, and outdoor seating were installed to help establish the brand in a new setting. The goal was to create a space that all of the various residents of the neighborhood could embrace. The ceilings of the old bank were raised to create a more open and light-filled space. Existing steel and brick was exposed, and new concrete floors were installed in order to create a cohesive design (the previous space had more than 3 types of flooring). New wood built-ins and a sliding wood barn door all add warmth to the space.

One of the most exciting aspects of this project is the sense of community found in the space. That sense of community began early on in the design process, with owners, baristas, and friends alike working with the general contractor to build display cabinets and more. Found objects (such as the windows that become the lighted menu) were also integrated into the design. One of the unique features of Seattle and Ballard Coffee Works is the idea of a slow bar, where baristas give demonstrations of the various ways of making coffee. This table and display acts both as a demonstration area, and additional overflow seating when needed. A truly collaborative project (the owners were truly hands on during both design and construction), the drinking man is now a beacon in the heart of Ballard. 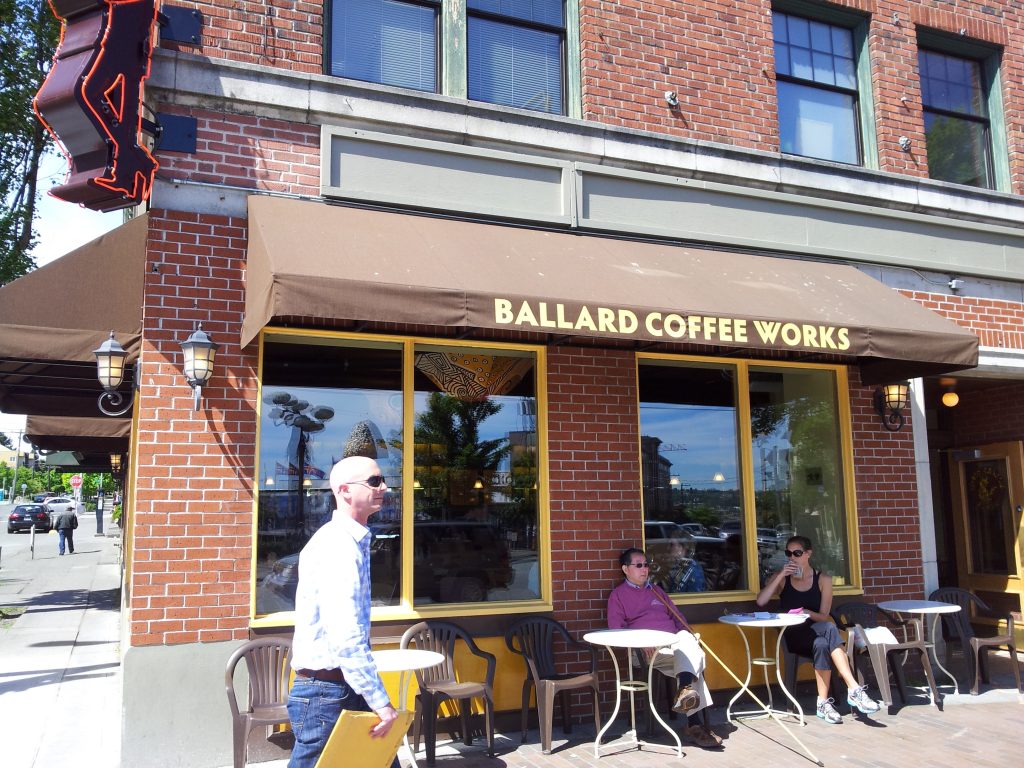 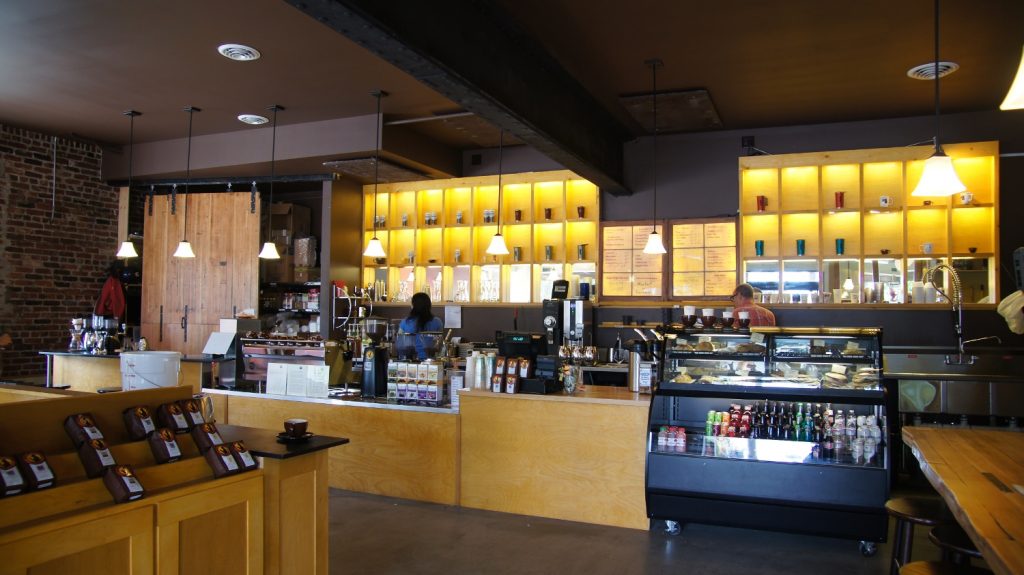 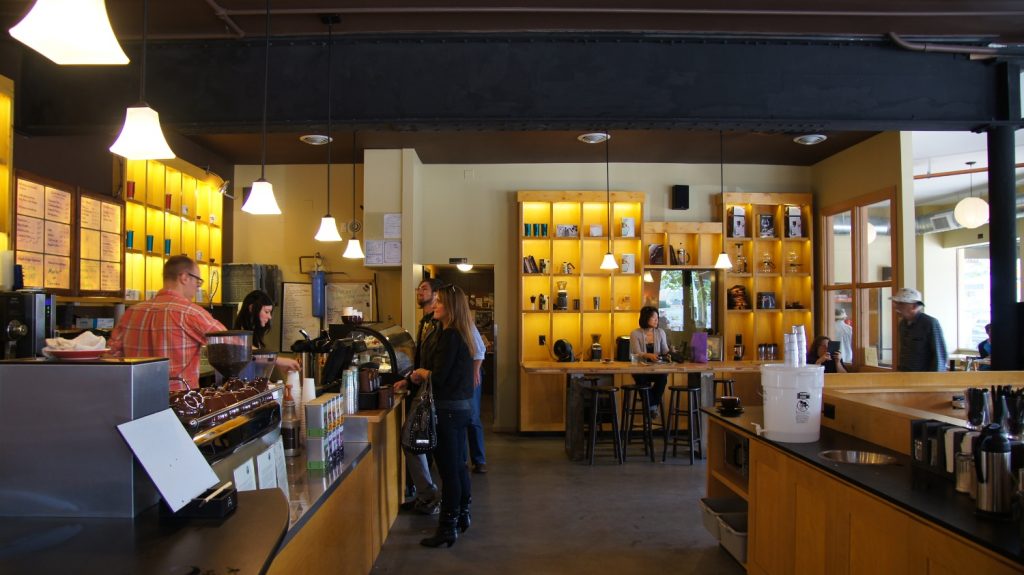 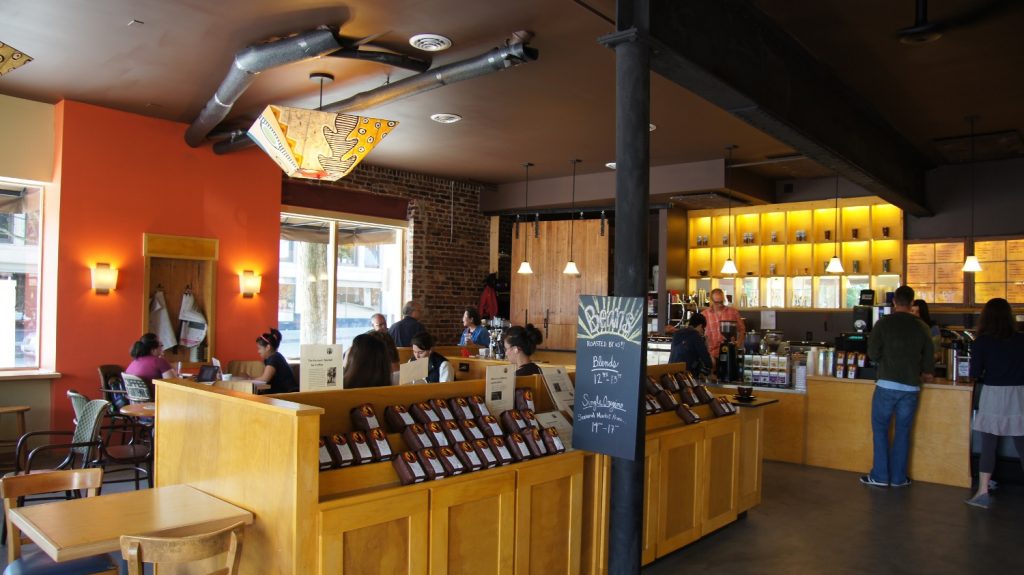 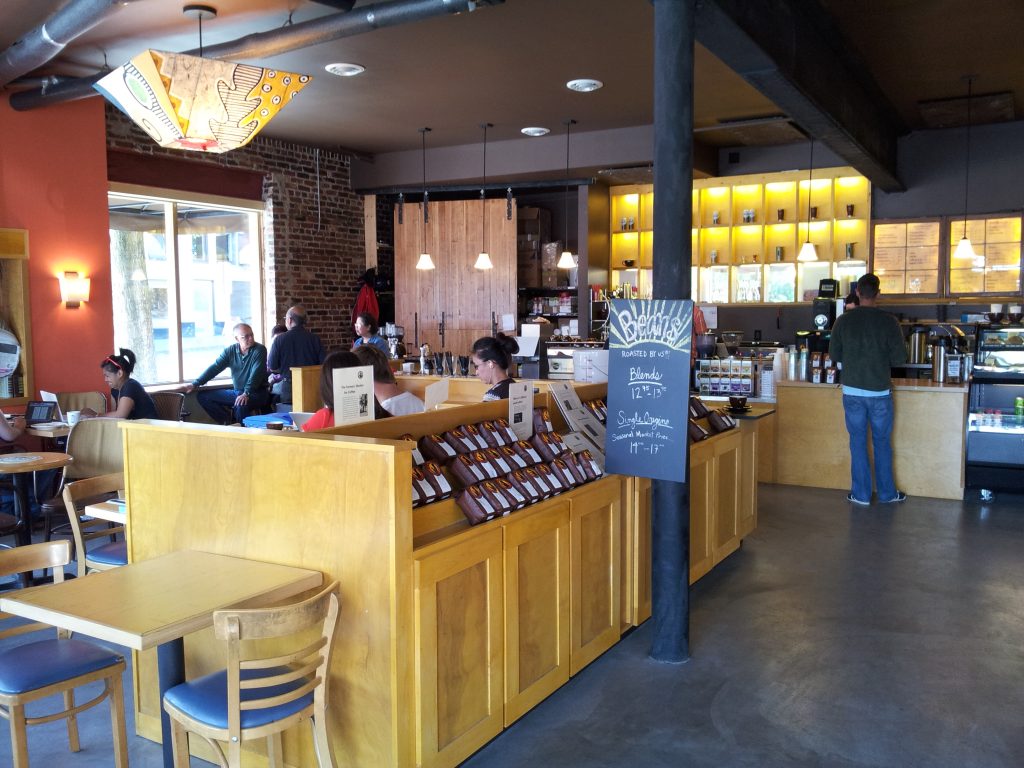 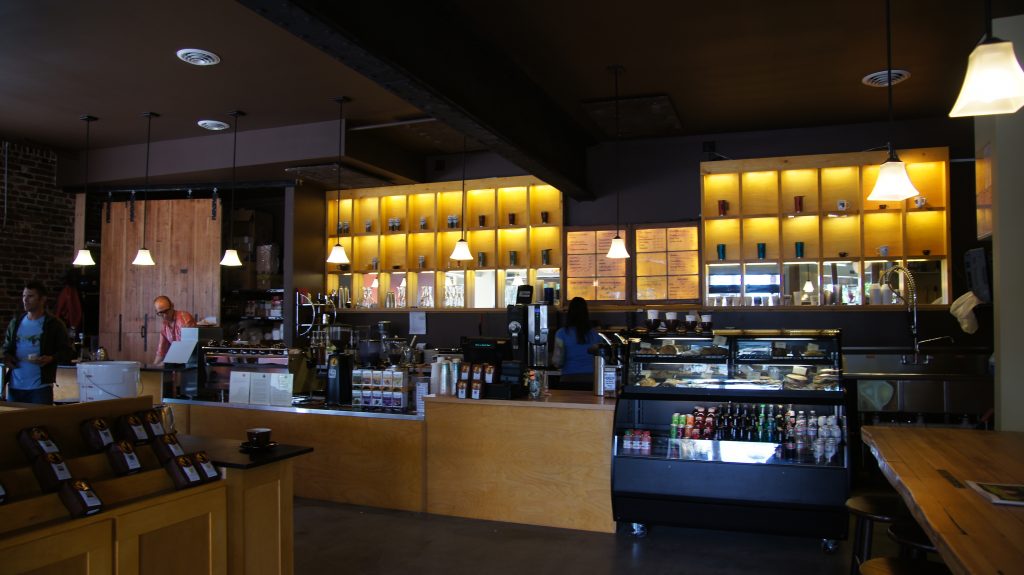 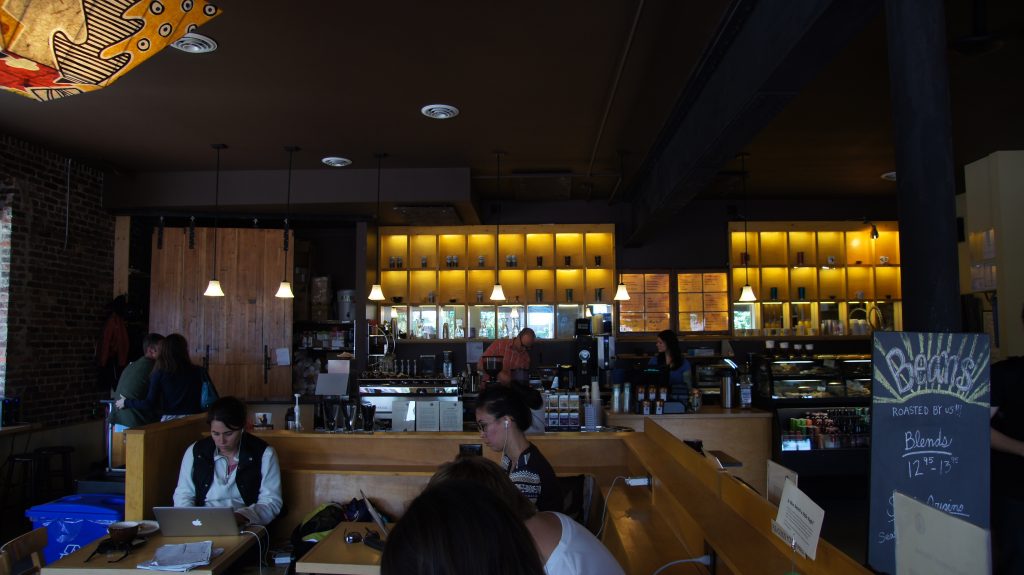 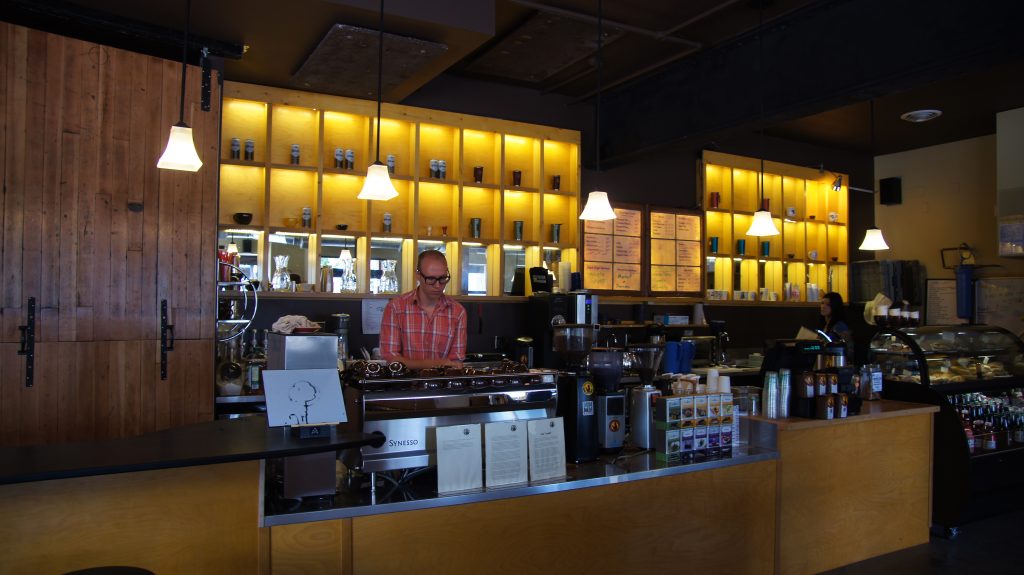 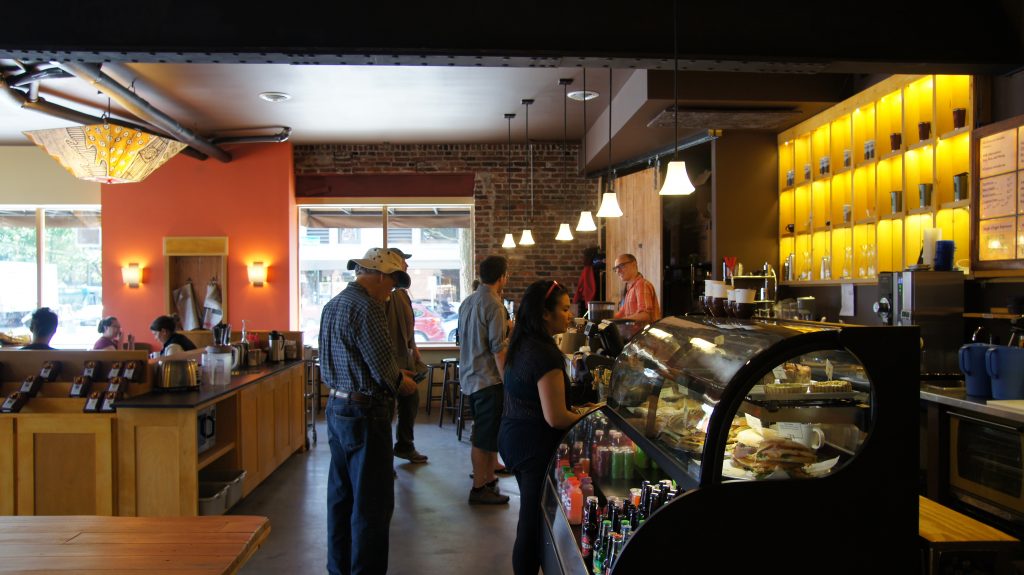 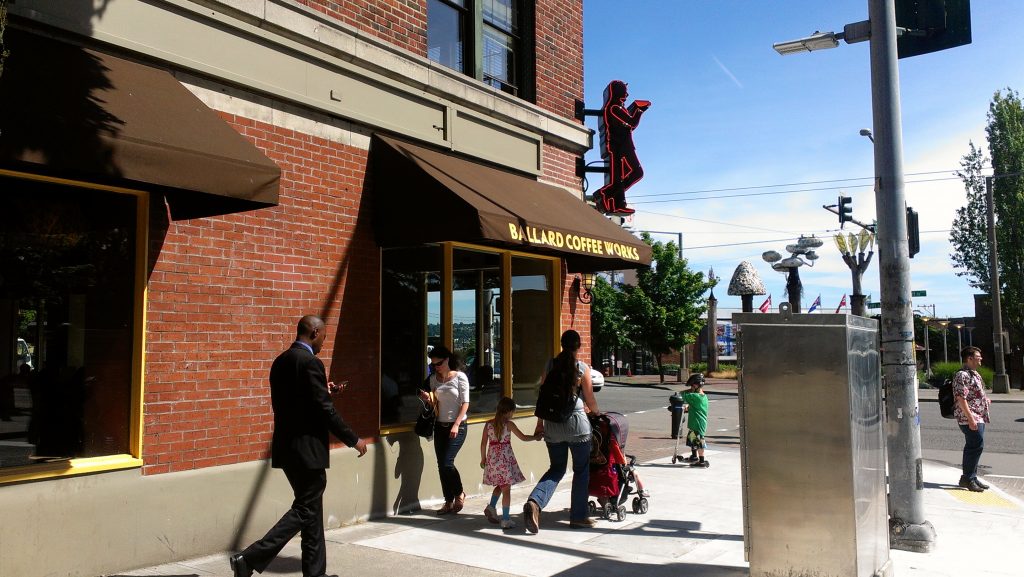 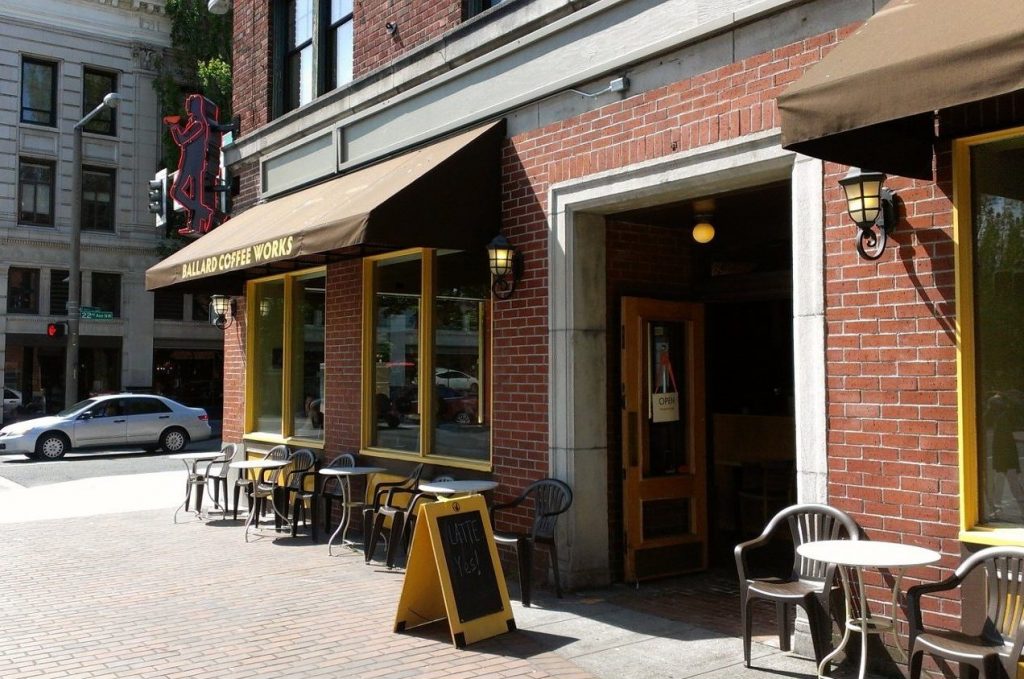