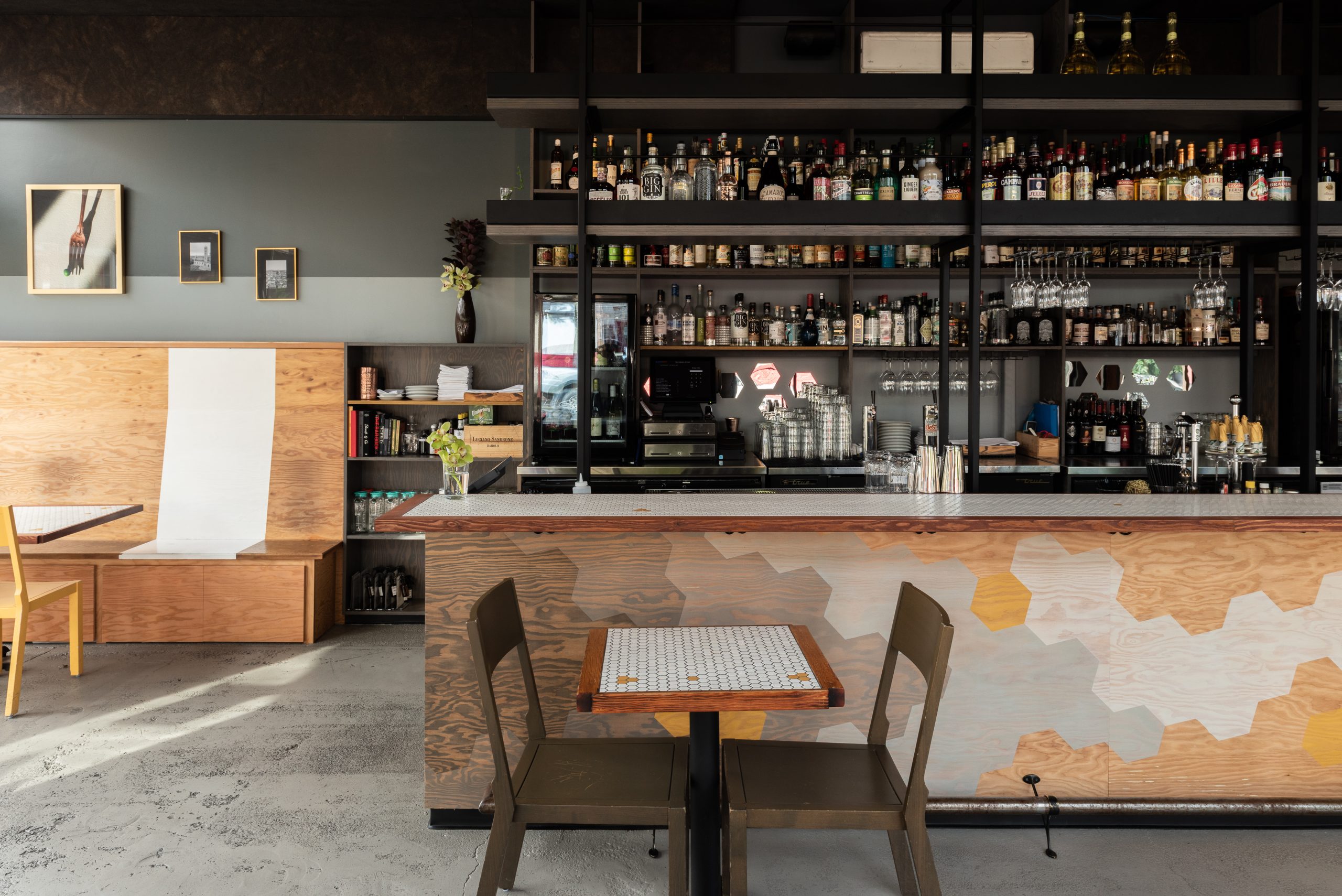 The Capitol Hill Italian aperitivo bar was looking for a smaller, more straight-forward bar design that could add more dining space for their guests as well as better functionality. The existing bar was originally a U-shape with an island in the middle which made it difficult for bartenders to move around and was just much larger than it needed to be. By shrinking and redesigning the existing shape, making the new layout at least 30% of its original size, the new layout will allow for the addition of three new 4-top tables.

New lighting was also introduced. The previous paper lantern style lights, which were both hard to clean and older lighting technology, were replaced with more modern and streamlined track lighting that still creates a statement but introduces LED technology and an easier to clean finish, including a cool new statement light at the entry. The pendants are placed so that each one will hang over one of the new 4-tops. The bar itself is at least 30% of the original size and, from working with their head bartender, has been entirely redesigned to work better for those making and serving drinks. A new modern steel structure over the bar provides storage as well as a cool sculptural statement piece. The left side of the bar was designed for harder drinks and cocktails while the right side is designed for wine with a red storage above and white wine cooler below.

The bar top was designed to resemble the previous bar to maintain a cohesive look and continue to match with the tables with the white hexagonal tiles and occasional yellow clusters, representative of the bar’s logo. The new 4-tops maintain this look as well which will allow them to fit seamlessly within the dining room. In order to accommodate a new shift towards take out, the end of the bar closest to the door was designed as a station dedicated to pick up orders where customers could easily pay for and pickup their food and drink orders with minimal contact. The front of the bar has a new mural design that pulls from the signature Artusi hexagonal logo pattern but abstracts it into an ombre pattern that doesn't articulate each individual shape so that it isn't overwhelming but still relates to the style throughout the space. The ombre colors were achieved through custom mixed stains. 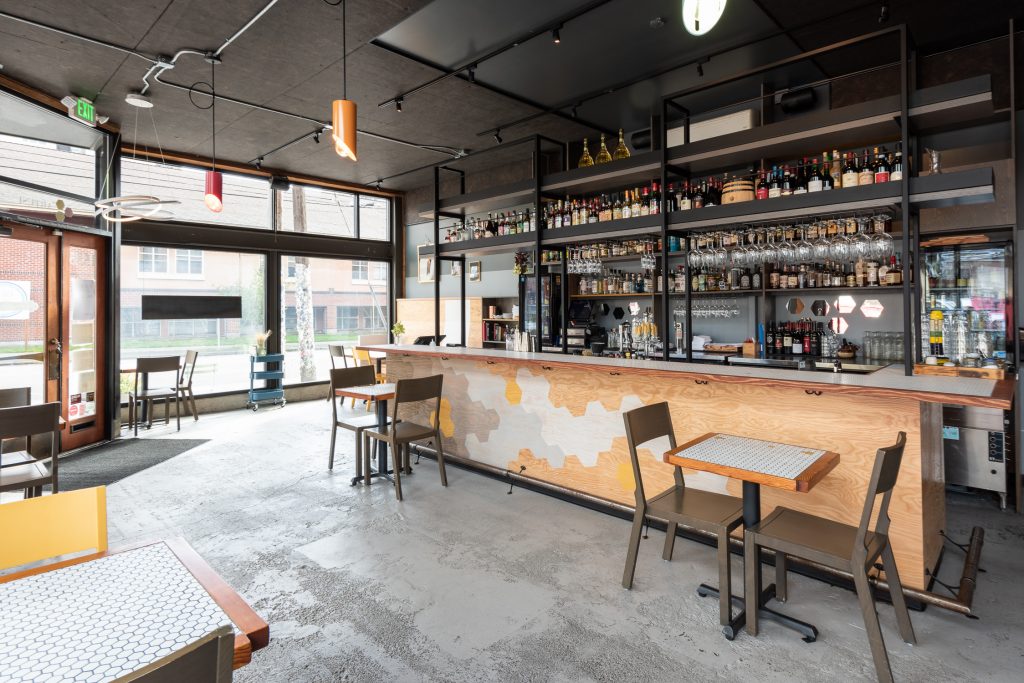 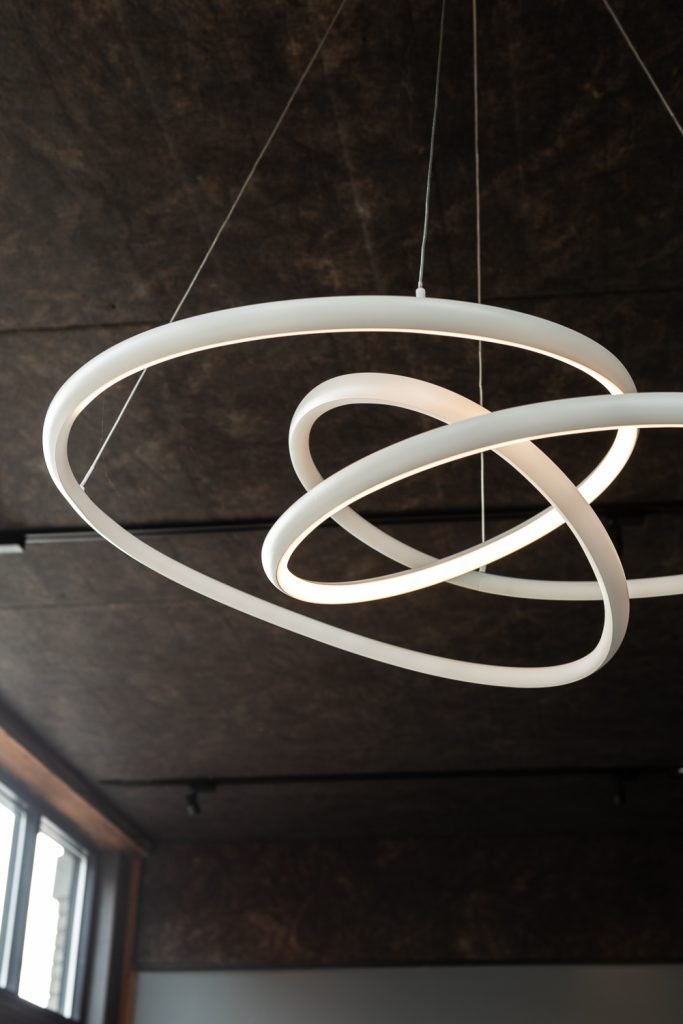 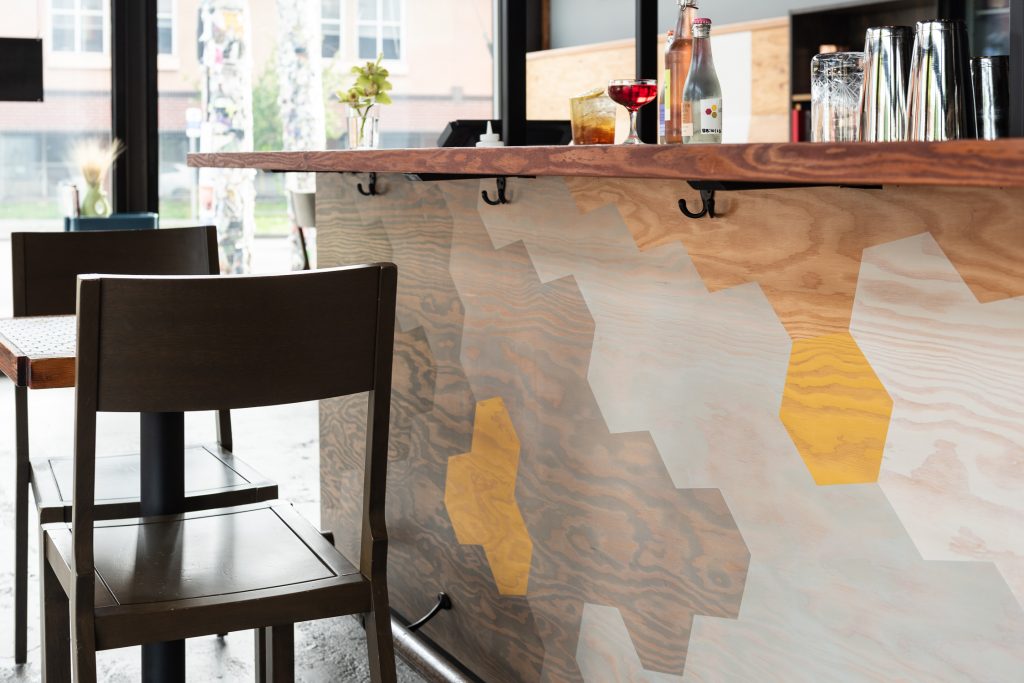 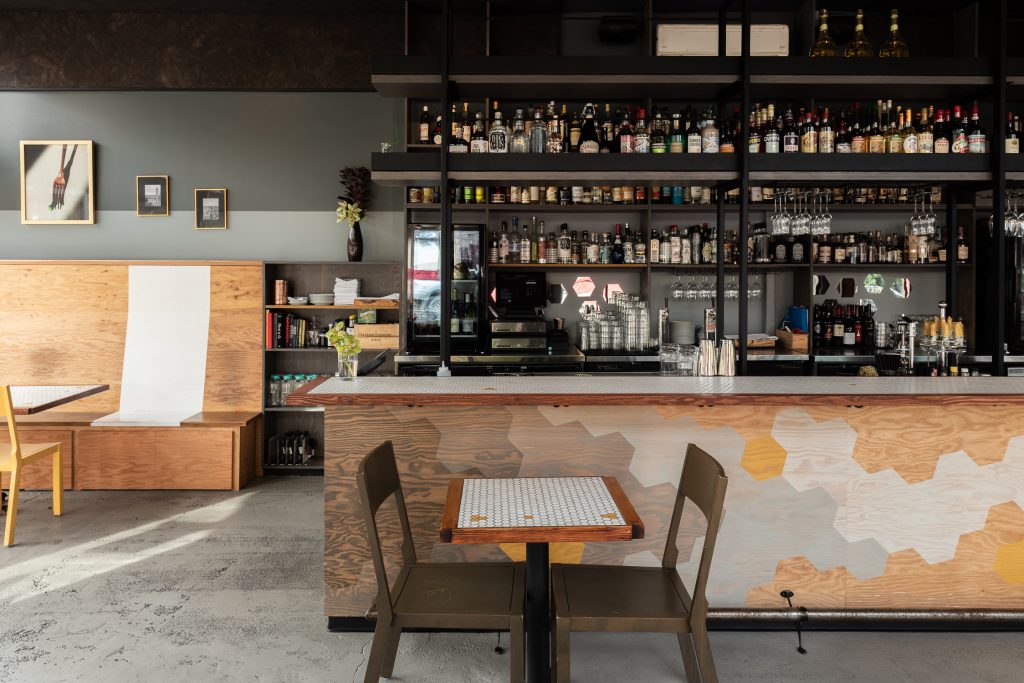 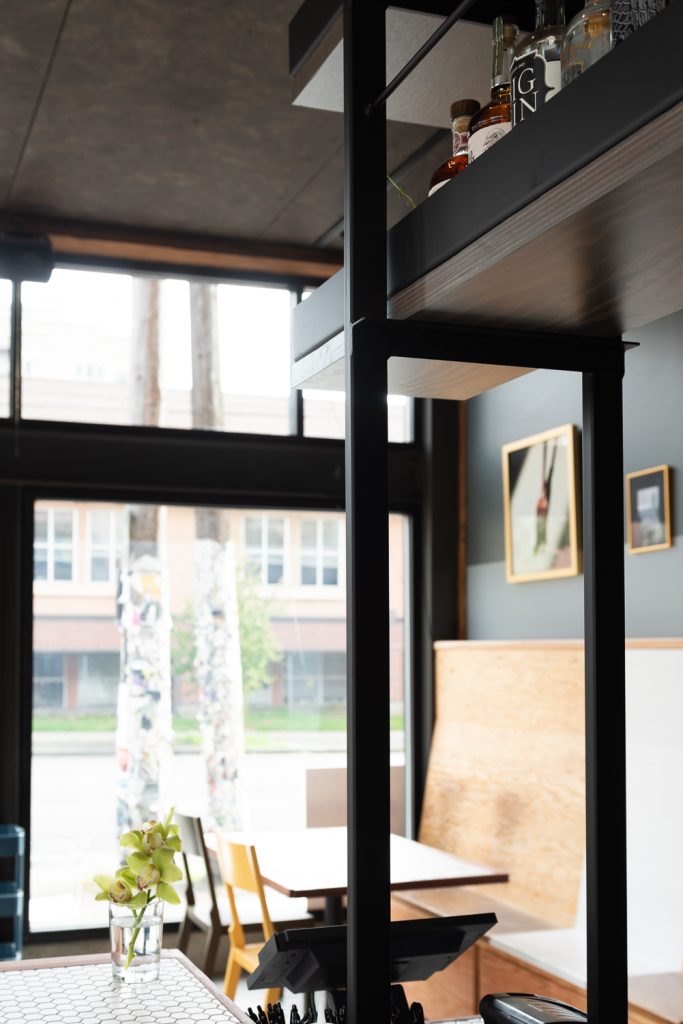 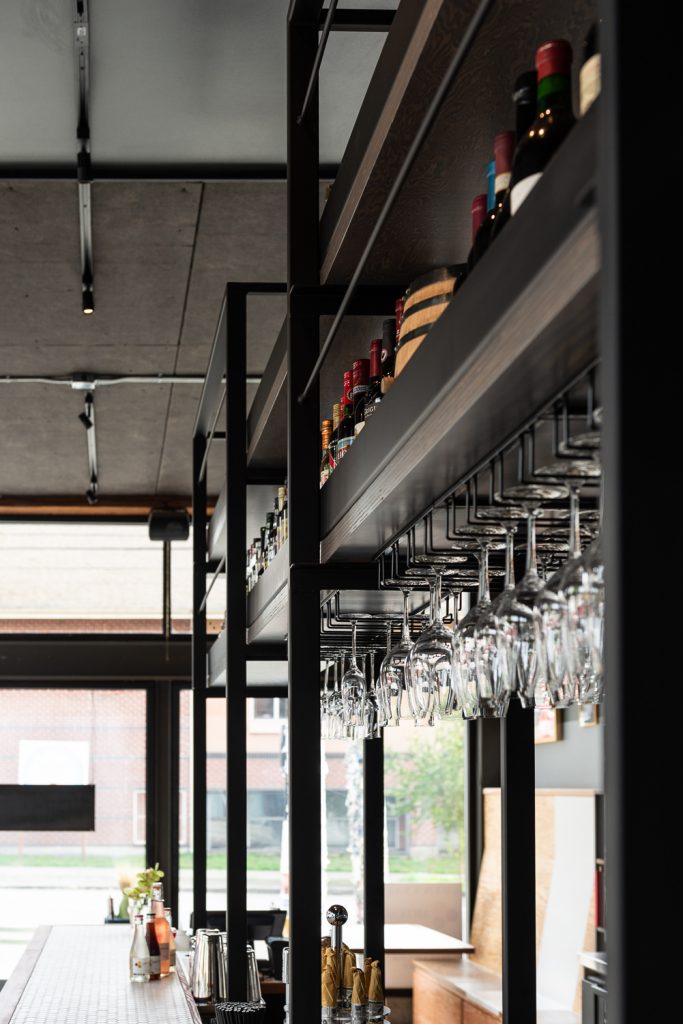 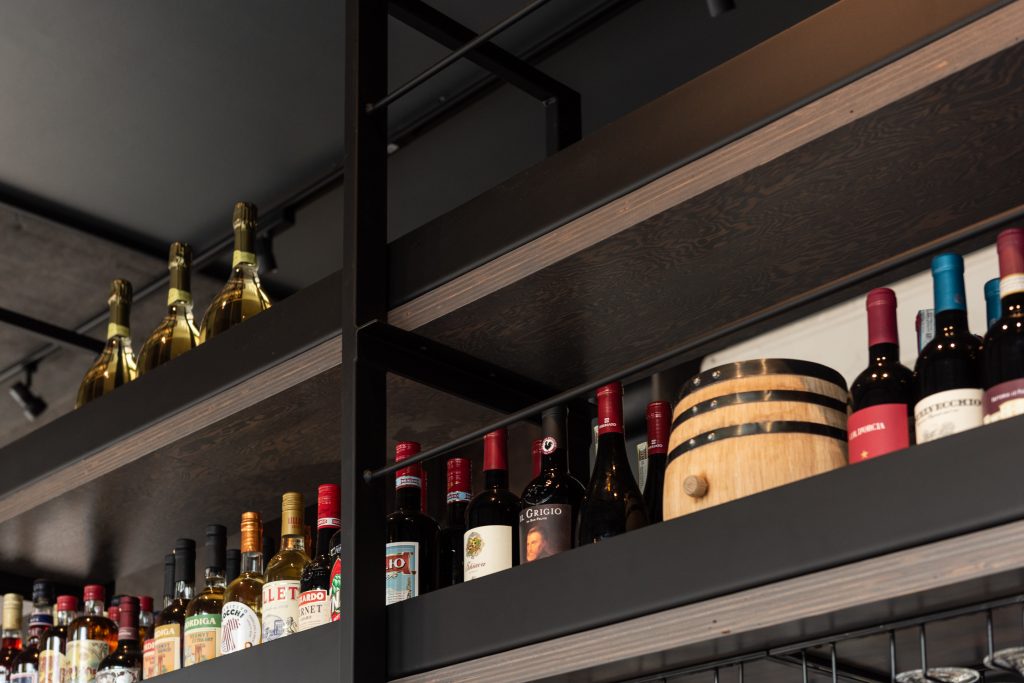 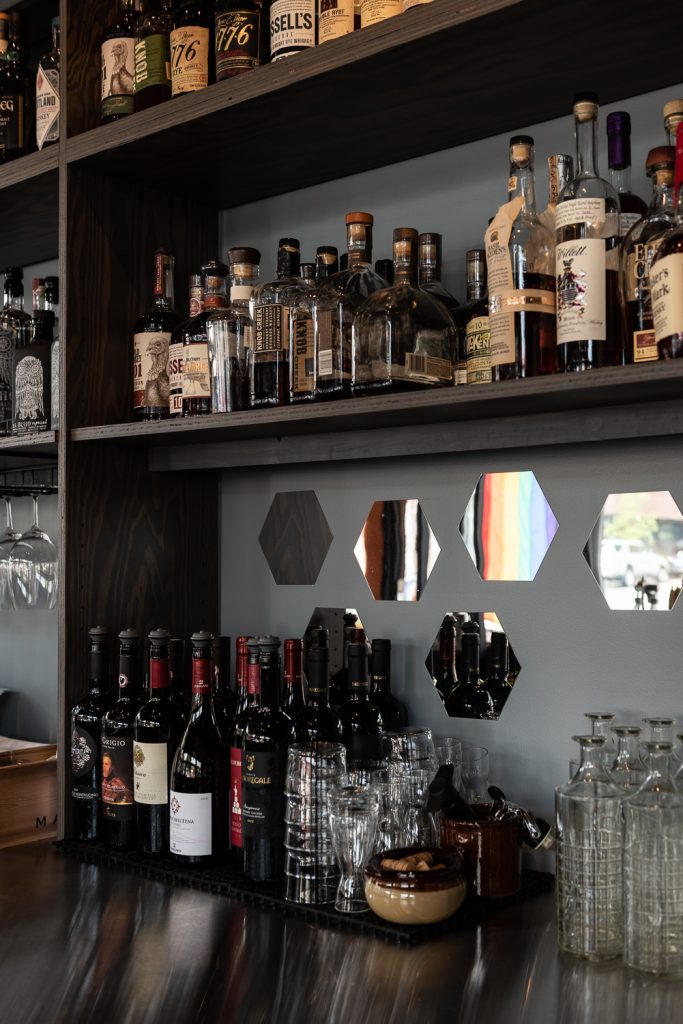 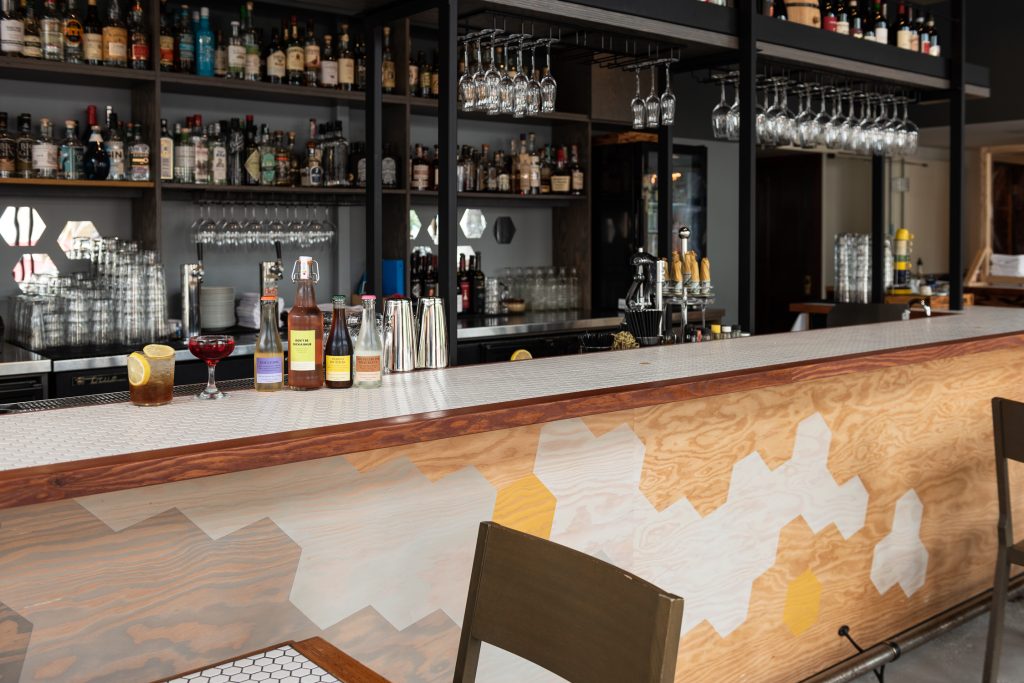 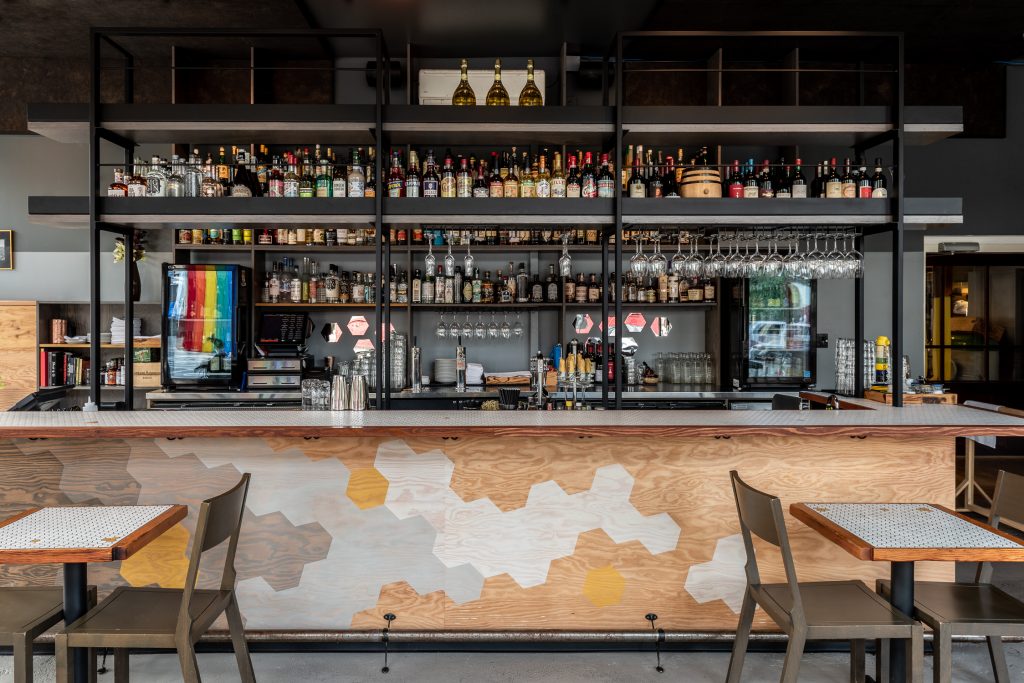 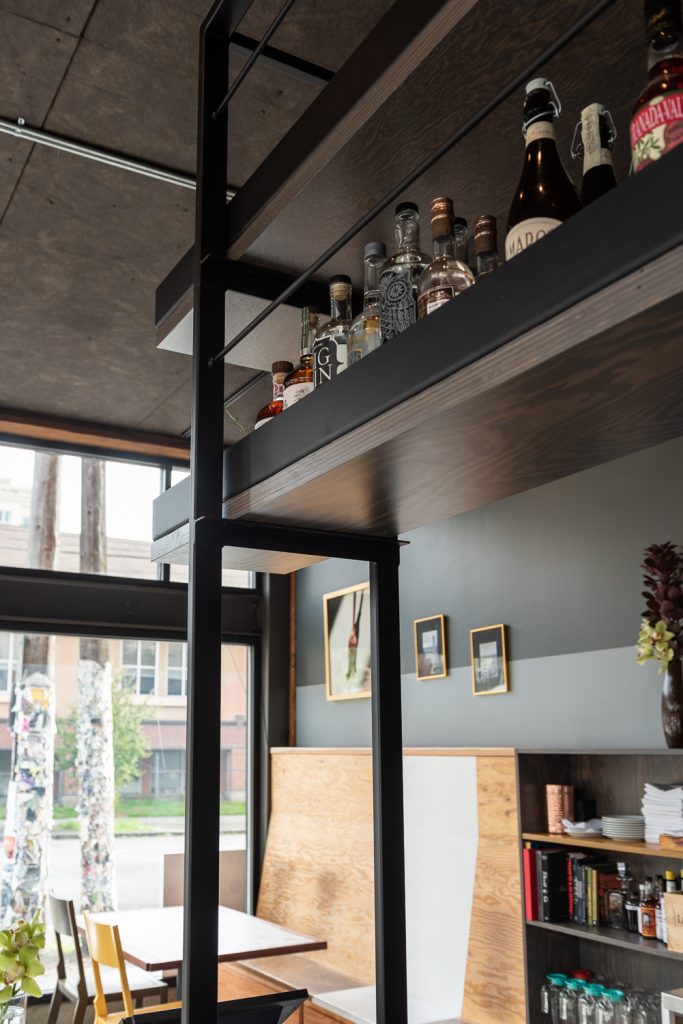 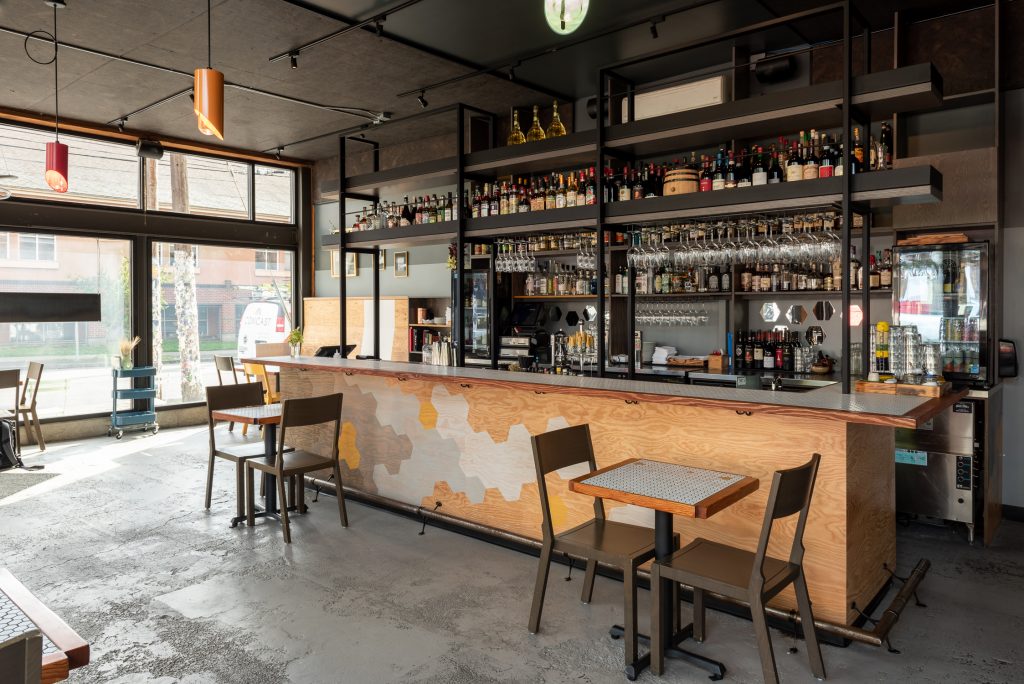 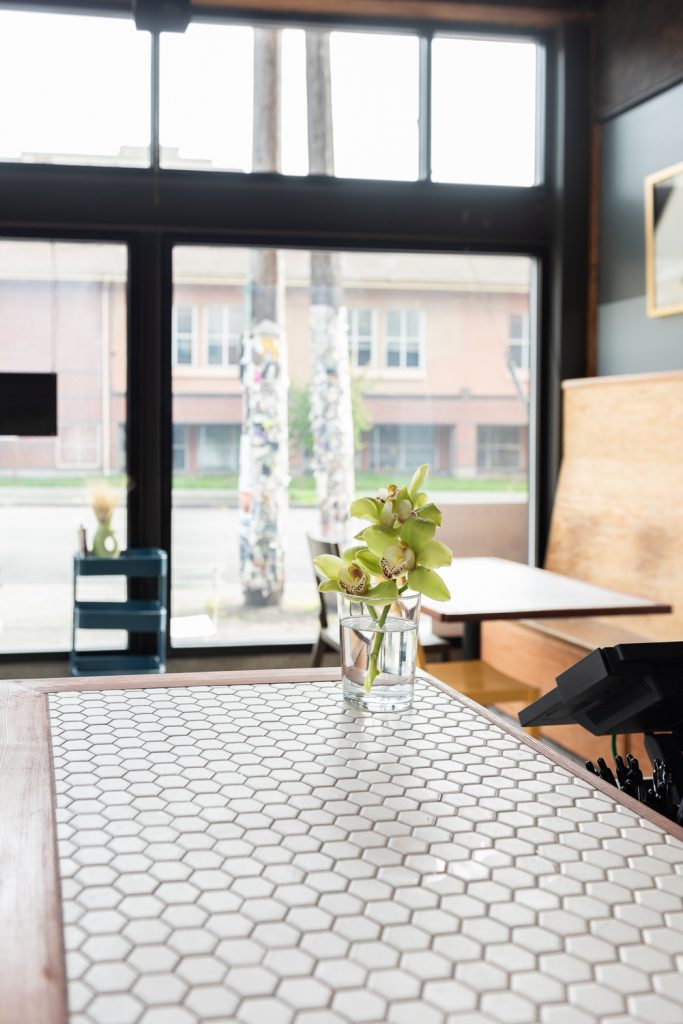 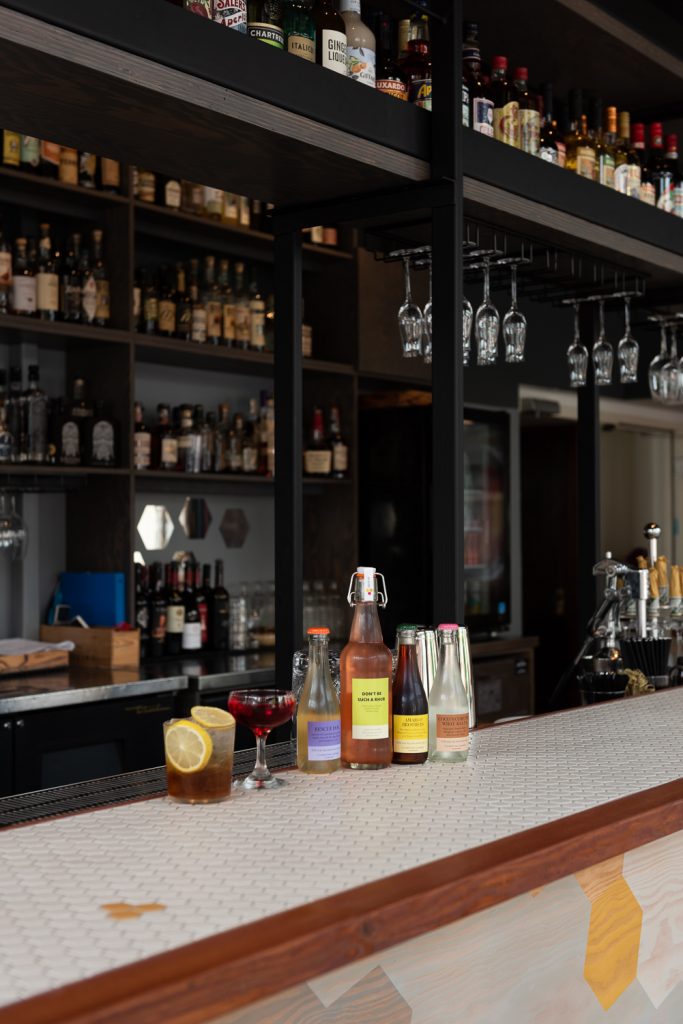 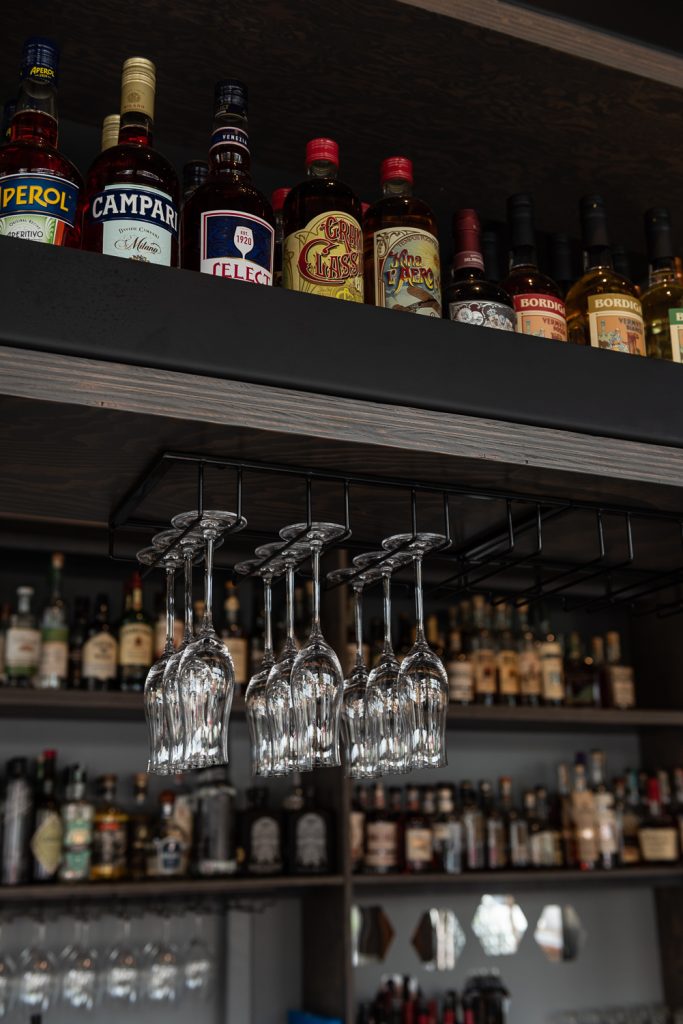 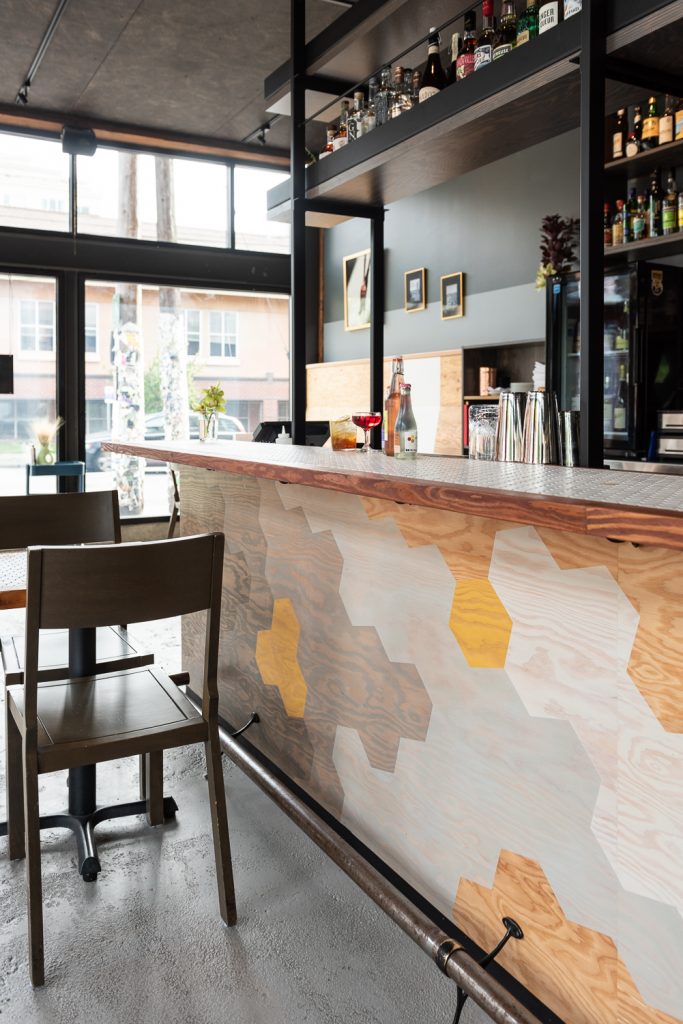 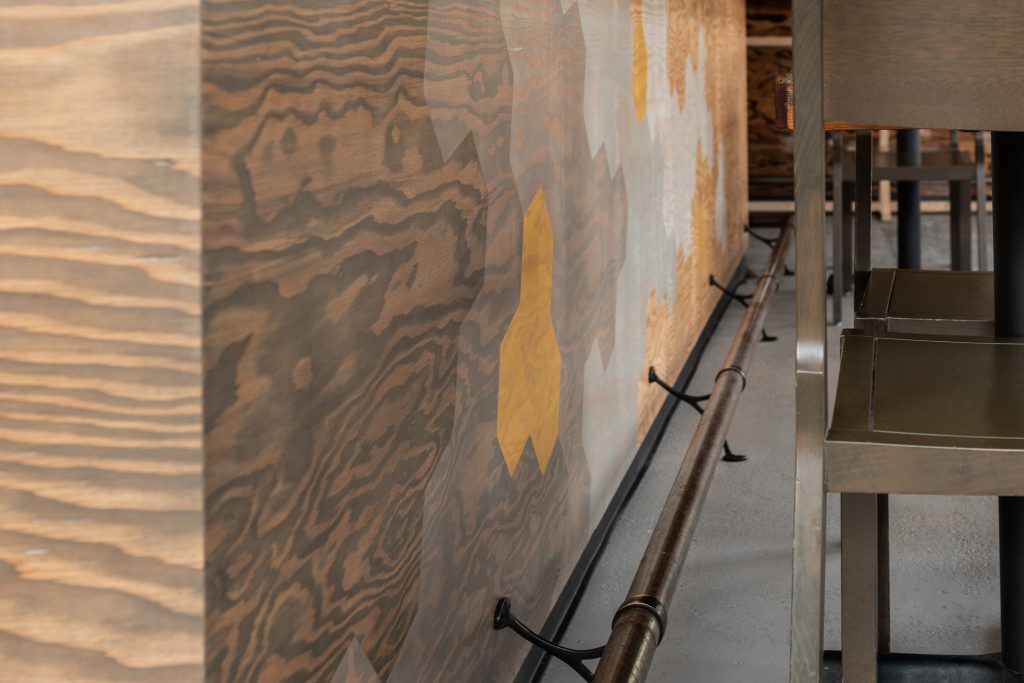 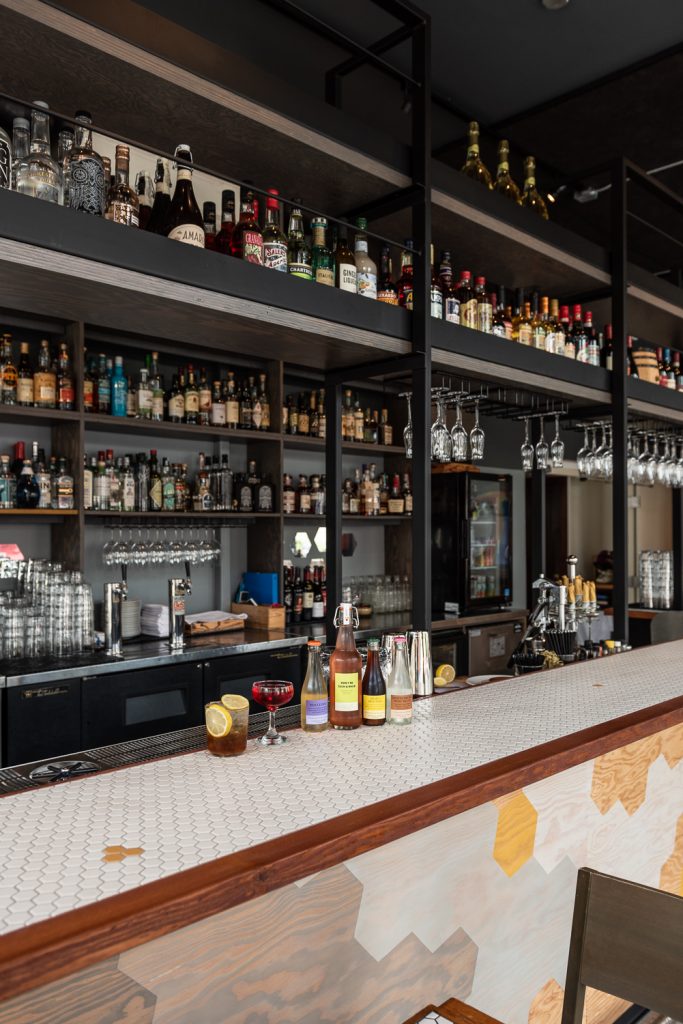 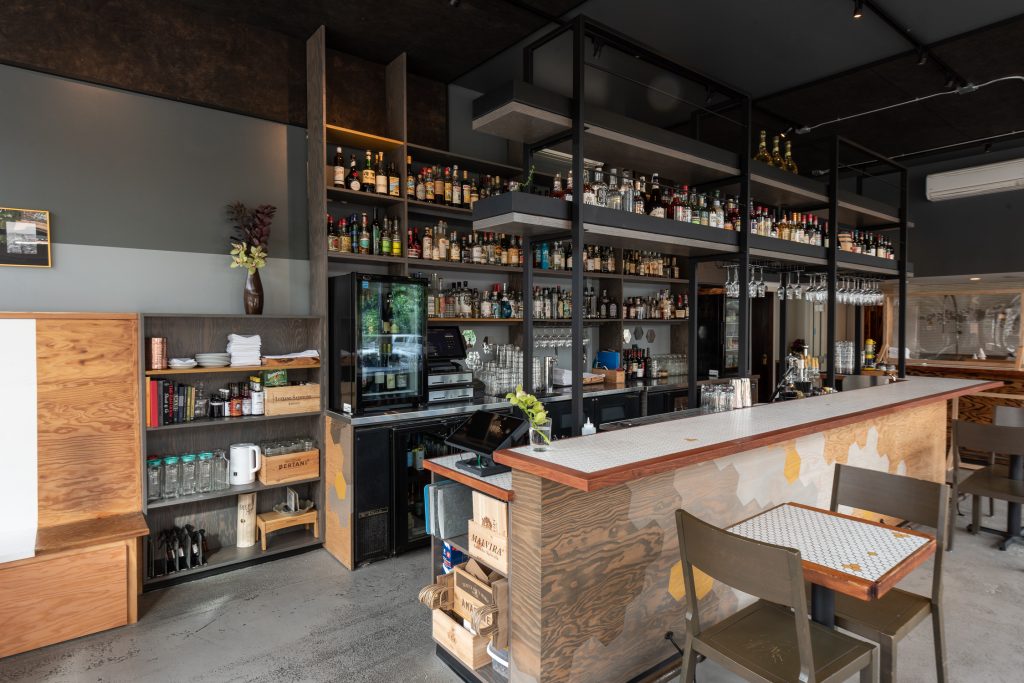 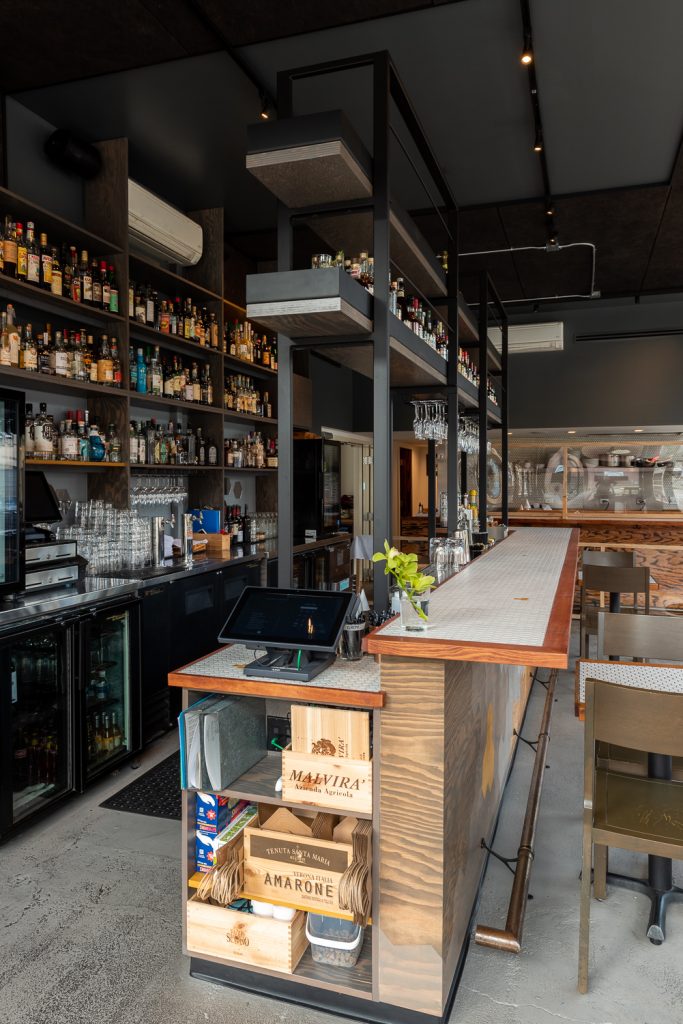 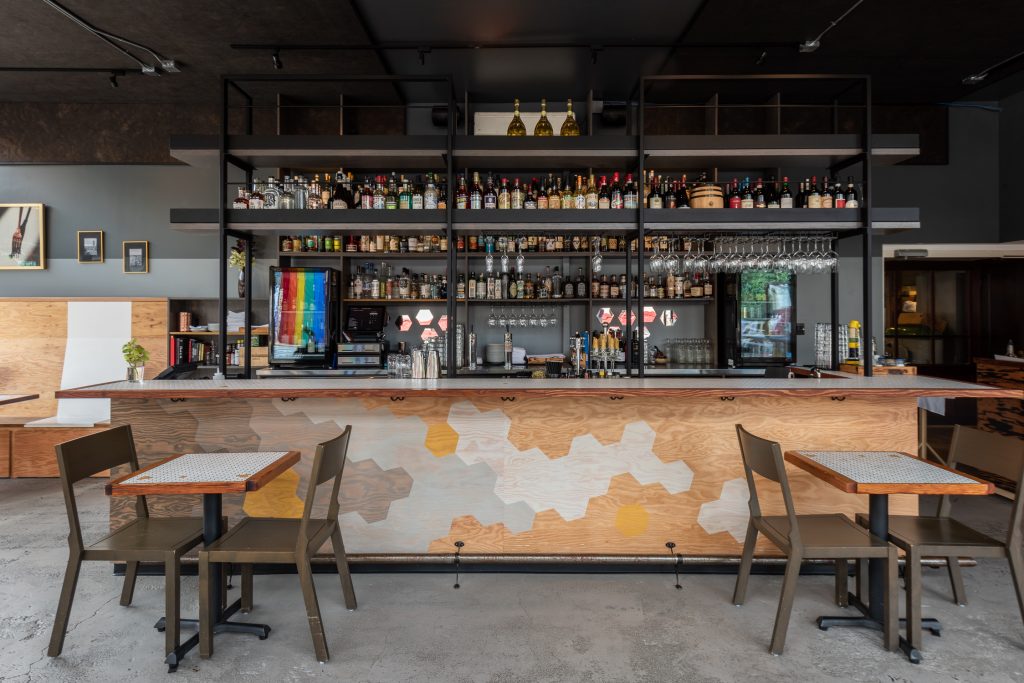 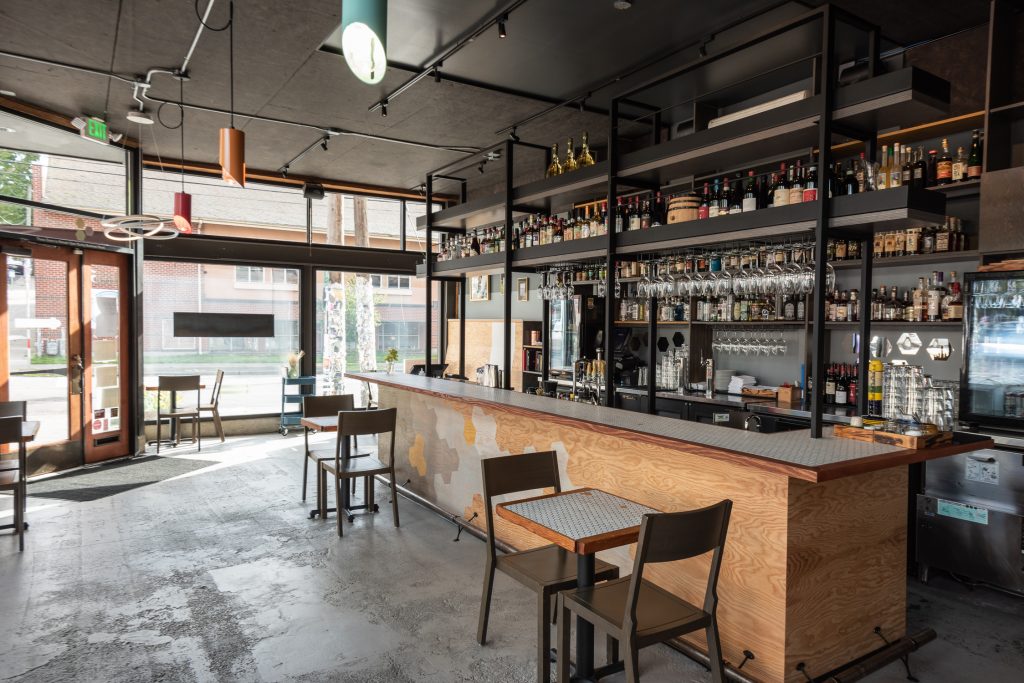