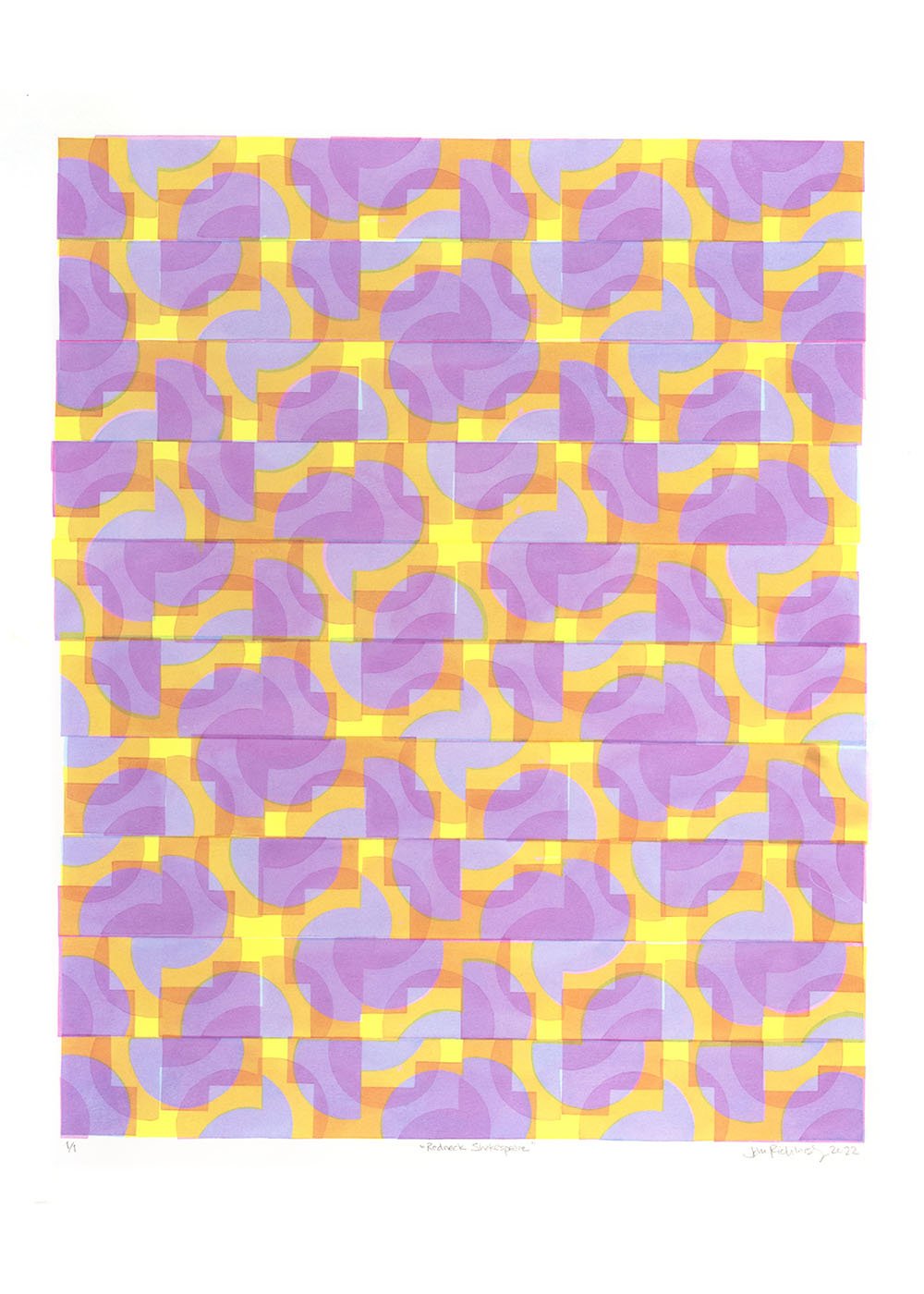 Jane Richlovsky is a printmaker, painter, and builder of objects. She mines the detritus of consumerism and wrangles it into new narratives.

Her paintings have been exhibited in museums and galleries throughout the United States and reside in private and public collections worldwide. Her work has been featured in the New York Times, Art in America, FiberArts, Seattle Times, and other media outlets. She has been awarded grants by the George Sugarman Foundation, Ludwig Vogelstein Foundation, King County Arts Commission, and Artist Trust.

A graduate of Columbia College Chicago, Jane also attended the University of Chicago and Northwestern University. She was born in Cleveland, Ohio and has resided in Seattle since 1991. 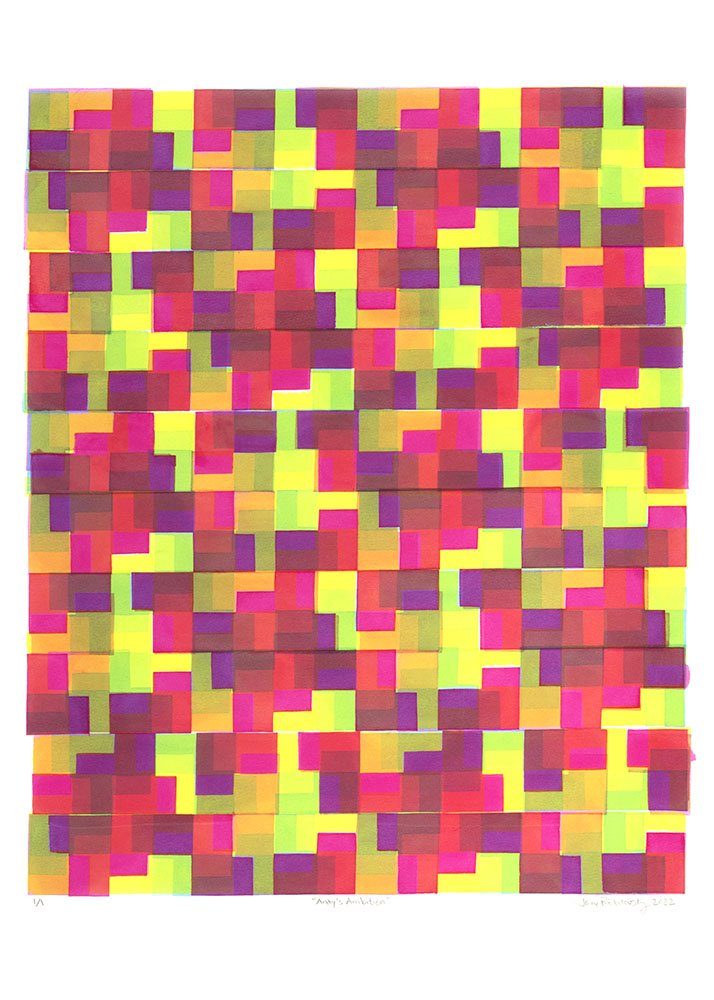 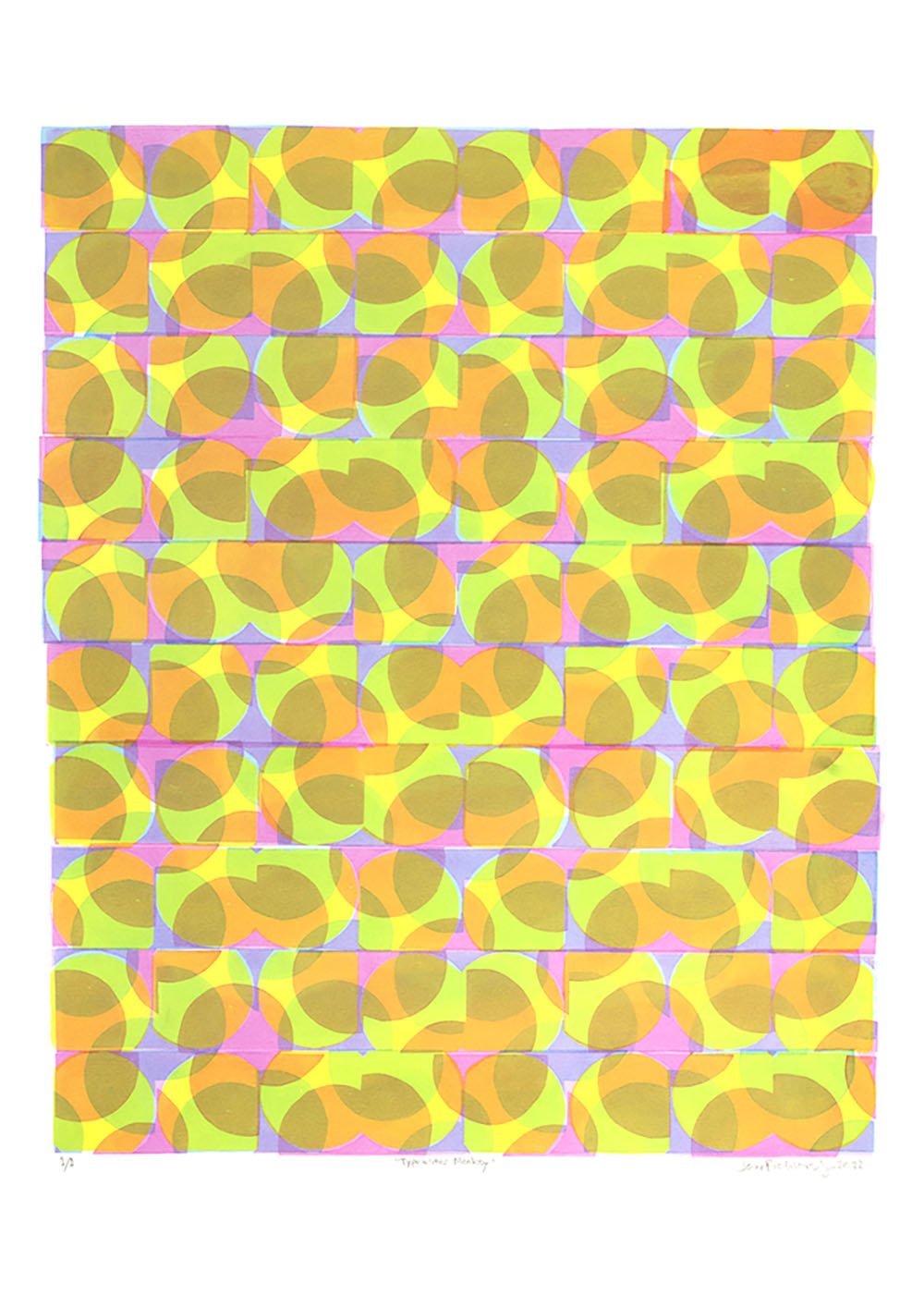 BACK TO MAIN ART CARD PAGE

BACK TO MAIN ART GALLERY PAGE

COPYRIGHT © 2023 ATELIER DROME LLP. ALL RIGHTS RESERVED.
Back to Top