history of the floor plan

One of the most gratifying aspects of our job is to customize spaces for our clients, the most intimate being those in the home.  The first thing we ask a client to do when we set out to create a home for them is to fill out a questionnaire. It is designed to structure the get to know you process, and our goal in writing it is to understand how our clients live in the spaces they have, and more importantly, how they

to live in the spaces we have been hired to create. We encourage our clients to take some time with it, because it goes beyond the quantitative questions such as number of bedrooms, or desired square footage frequently used to define scope, and asks more qualitative questions to really understand how those spaces or that square footage will be used (who cooks? Where do you eat? how frequently to do you host overnight guests?) Because while two clients might each respond that they need three bedrooms, or a large kitchen – the way they envision using those spaces, and therefore the way we approach their design, is unique to them.

When we finish the questionnaire phase we have a list of spaces that will be important in the home, as well as a sense of the way those spaces relate to each other for our client. The list is made up of basics: cooking space, living space, bathing space and sleeping space, as well as “extras” such as outdoor space, formal dining space, work space, storage space, play space, media space etc. And most of the time these functions fit into rooms with familiar names and descriptions – cooking space is in the kitchen, sleeping space is divided in to a number of bedrooms, etc. But the compartmentalization of home life into these rooms is actually very recent, and specific to our time and place. Each of these rooms has a rich and ever evolving history –while we have always needed a place to sleep, or eat, the way that we do those things is ever changing and therefore the spaces dedicated to them change as well.  Bill Brysons “At Home” and Lucy Worsley’s “If Walls Could Talk” are a great introduction to the history of life in rooms. Many room names are quite old but have completely different functions than the space originally defined by that name, such as the kitchen or hall- others have virtually disappeared such as the parlor, or scullery- and some, like a media room or master bathroom are very new.

The original room was the “

” which we now only include where necessary for circulation, and often don’t even consider as a room of its own right. But until as recently as the 15th century the hall was the most important, (and at first, the only!) room in the house. The word “hall” is 1600 years old, when it referred to a large barn like structure that functioned as kitchen, bedroom, dressing room, living room, (and barn!) in one- the original open floor plan.  The room was therefore designed to afford complete flexibility- the only fixed feature would have been a centrally located hearth for cooking, light, and warmth. Furniture would have been kept to a minimum, with shared bedding laid out only at night and put away during the day (a typical bed size for a family might have been 9’x7’). An early dining table would have actually been a board, hung on the wall when not in use (also the origin of the term “room and board”). The concept of privacy in the early home was therefore nonexistent- rather, all life was carried out communally.

With time other rooms were added, such as the chapel, kitchen and sleeping chambers. The addition of new rooms was made possible by the invention of the chimney in the 1300s which funneled smoke out of the house, for the first time allowing the space above head height to be breathable and therefore occupiable. The first room to move upstairs was the

, in the form of the ”great chamber” which was the first private space for the family, separate from guests or servants. The first bedrooms would have been shared by the nuclear family, often in one bed. They were used not just for sleeping but also for entertaining or eating in a more intimate setting. The bedroom didn’t become a dedicated room just for sleeping until the 1600s. Even then, it wasn’t yet considered a private space, evidenced by the fact that most bedrooms were accessed from each other rather than a corridor. The desire for privacy from other household members wasn’t adopted until later- As literacy rates increased, people began to enjoy and value time spent alone. Interestingly, the first space designed for privacy was not the bedroom or bathroom, but the

. The original use of the word “closet” referred to a small room off of the bed chamber more similar to a study than a storage space, where the occupant might pray or meditate and where the owner might store small collectibles or art- also one of the first spaces to feature an interior lock. And while todays closets are generally utilitarian, the original “closets” would have had some of the most personalized decor.

The chimney was equally impactful in creating a separate

– and whereas early censuses actually counted the number of hearths rather than people or houses, once the hearth was no longer required to be in the center of the home as a heat source it was quickly moved to a less prominent part of the home and many times actually stood as a structure separate from the home. Cooking was done over a fire, while baking was typically done outside the home in a communal oven. The kitchen stayed a hidden and undecorated space in middle and upper class homes until after the early 20th century when household sizes decreased, and therefore cooking was done by the “mistress of the house” for her own family rather than by employed staff. Different from today’s multifunction and often quite expensively finished kitchens, a kitchen in a 1920s home would have been for cooking only- dining, dish storage, entertaining, would have been in separate rooms. And a mid nineteenth century kitchen would not have even had a sink – the cleaning and cooking functions were considered separate, and the cleaning would have been done in a separate room called the scullery. entertaining. But of course the floor plan will continue to evolve, and the popularity of the tiny house movement, an appreciation for minimalism and open plans, and renewed interest in sustainability suggest that maybe we still have something to learn from the original room, the “hall”. 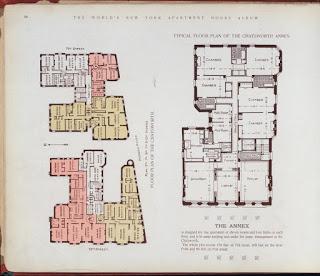 Lucy Worsley “If Walls Could Talk”